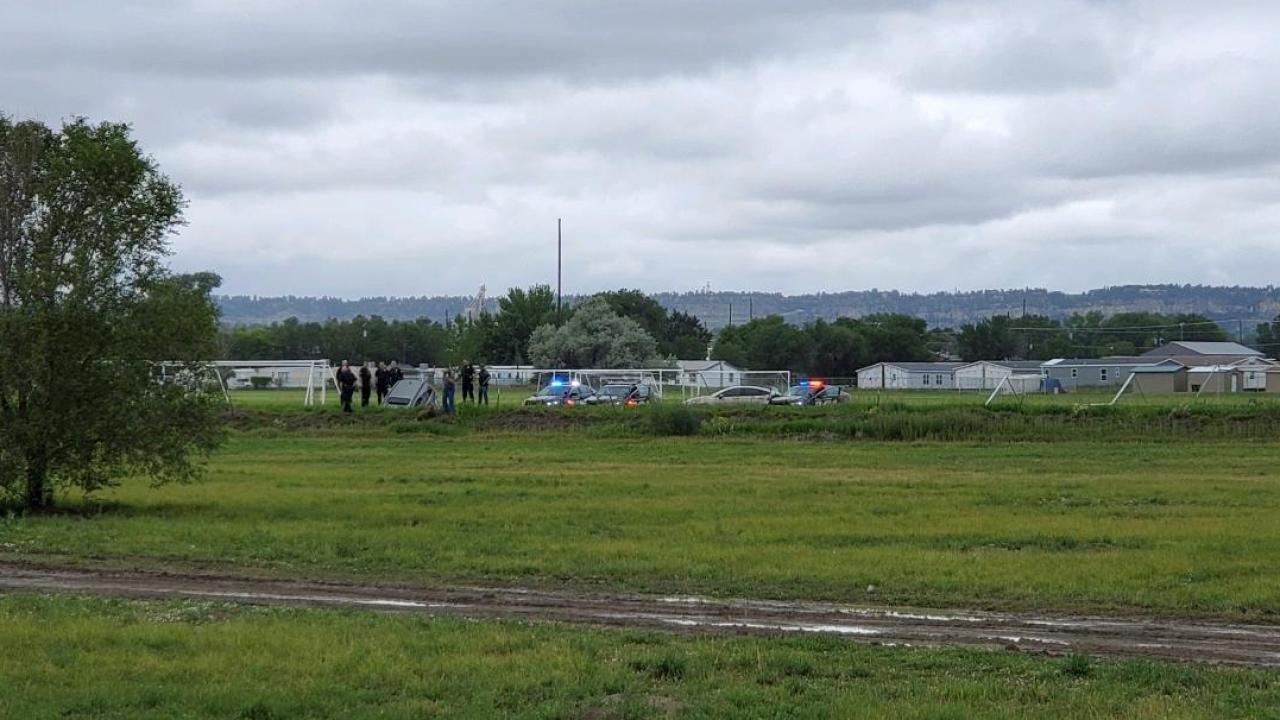 BILLINGS - A Yellowstone County sheriff's deputy is on paid administrative leave after shooting at a suspect during an incident on Monday.

According to a press release issued late Tuesday morning by Sheriff Mike Linder, the incident began at about 4 p.m. when law enforcement officers attempted to recover a reported stolen vehicle at the Town Pump at King Avenue West and 32nd Street. Deputy Brandon Smart responded to the scene to assist.

"During the incident, the driver of the stolen car, rammed a police car and then drove the stolen car towards and making contact with Deputy Smart, who was outside of his vehicle,"Linder said in the press release. "At that time, Deputy Smart discharged his firearm at the stolen car. The driver of the car was struck by a bullet but the extent of the injuries are unknown at this time. The car continued out of the parking lot and eventually crashed near King Avenue East and South Billings Blvd. The driver was apprehended and transported to a hospital for treatment. A passenger in the stolen car was also transported to a hospital with unknown injuries."

As part of agency policy in an officer-involved shooting, Smart has been placed on administrative leave pending the investigation, Linder said.

On 06/29/2020 at about 4:05 PM, Officers with the Billings Police Department (BPD) Street Crimes Unit (SCU) were following a stolen vehicle that stopped at the gas station at 3150 King Ave West.

The stolen vehicle driven by a 32 year old Billings man rammed an unmarked police vehicle and drove directly at and made contact with the Deputy.

The deputy discharged is firearm at the vehicle. BPD Officers did not fire their weapons.

The stolen vehicle fled the area eastbound on King West with an SCU Officer in pursuit.

The 32 year old driver fled on foot to the area of the Taco Bell located at 749 Commerce way, where he proceeded to attempt to steal an occupied truck.

BPD Officers were able to take the suspect into custody without further incident. The 32 year old suspect was transported to a local medical facility by ambulance for injuries sustained in the incident to include at least one (1) gunshot wound.

A passenger in the stolen vehicle, 23 year old female from Billings, was transported to a local medical facility for treatment of injuries.

It is unknown at this time whether the passenger’s injuries are related to gunfire, the accident, or both.

The Billings Police Department is leading the investigation with joint participation from the Yellowstone County Sheriff’s Office.

The investigation is active and on-going. No other details regarding the incident will be released at this time due to the pending investigation.