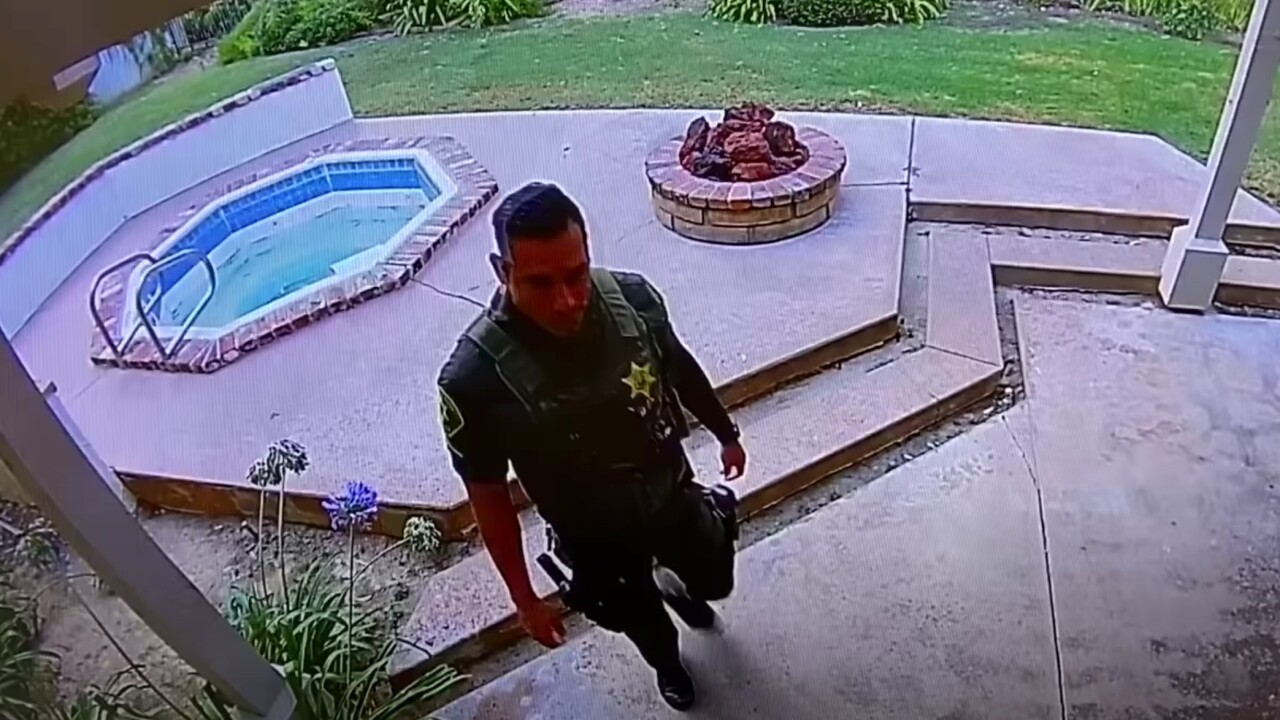 YORBA LINDA, Calif. – A sheriff’s deputy in Southern California is accused of burglarizing a home that he previously responded to in reference to a death investigation.

The Orange County Sheriff’s Department says Deputy Steve Hortz, a 12-year veteran with the department, responded to the Yorba Linda home on July 20 regarding a man in his 70s who died from apparent natural causes.

On Wednesday, the sheriff’s department says it was contacted by an attorney representing the family estate who reported items missing from the home.

In the first incident, authorities say the deputy returned to the home on July 27. While in uniform, he allegedly broke into the unoccupied residence through the rear and left a short time later. It’s unclear whether a theft occurred at that time.

The deputy returned to the home in the early morning on Aug. 10 and Aug. 16 while in civilian clothes and removed items, including weapon safes, ceiling fans, and cases of unknown items, according to the department.

An investigation was immediately launched when the department learned of the burglaries and Hortz was arrested on Thursday. He’s been booked into jail on suspicion of burglary.

Hortz was also placed on administrative leave and the department says it will investigate prior calls handled by the deputy to determine if similar unreported instances have occurred.

“The suspected criminal actions of this deputy are a violation of public trust, are inexcusable and intolerable,” said Orange County Sheriff Don Barnes in a statement. “This deputy will be held accountable through a swift and thorough process including a full criminal and internal administrative investigation.”