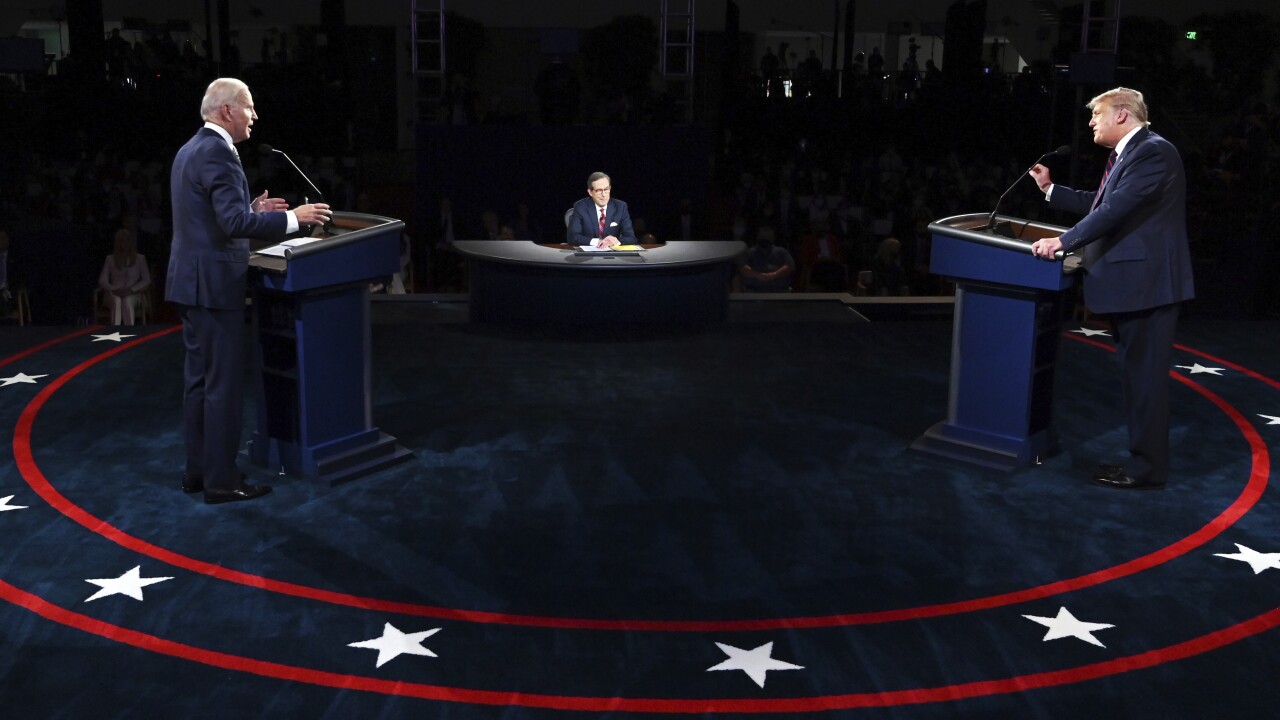 President Donald Trump said Thursday he is opposed to changing the structure for the remaining two presidential debates.

On Wednesday, the Commission on Presidential Debates said it was considering changes following Tuesday’s debate which contained frequent interruptions.

“The Commission on Presidential Debates sponsors televised debates for the benefit of the American electorate,” the commission said on Wednesday. “Last night’s debate made clear that additional structure should be added to the format of the remaining debates to ensure a more orderly discussion of the issues. The CPD will be carefully considering the changes that it will adopt and will announce those measures shortly. The Commission is grateful to Chris Wallace for the professionalism and skill he brought to last night’s debate and intends to ensure that additional tools to maintain order are in place for the remaining debates.”

But changes generally would have to be agreed upon by the campaigns, and it appears Trump opposes any changes.

“Why would I allow the Debate Commission to change the rules for the second and third Debates when I easily won last time” Trump tweeted.

Wallace called Tuesday’s debate a ‘missed opportunity' in an interview with the New York Times.

“I never dreamt that it would go off the tracks the way it did,” he told the New York Times. “I’m a pro. I’ve never been through anything like this,” Wallace added. While Wallace at several points told former Vice President Joe Biden to allow Trump to speak, Wallace frequently told the president to stop interrupting, and at one point reminded Trump of the debate rules. During a question on replacing Justice Ruth Bader Ginsburg, Trump asked Biden if he would “pack” the Supreme Court. "Will you shut up, man?" Biden responded.