The Custer-Gallatin National Forest says gusty winds and drier conditions have combined to cause the Bacon Rind fire south of Big Sky to flare up.

Mary Ann Baumberger with the Forest Service says the fire grew by about 100 acres on Tuesday. She says the fire spotted over Snowslide Creek to the north and over Migration Creek to the south. A firefighting helicopter remains on the scene and will be used as needed.

Sprinkler systems are being set up on buildings at both the Black Butte and Elkhorn ranches.  Baumberger says neither ranch is threatened right now, but crews want to be ready in case the fire continues to grow.

Because of smoke from the fire, the speed limit on U.S. 191 through Yellowstone National Park has been reduced to 45mph. The road is open and pilot vehicles, which were used in August when smoke covered the road, are not yet necessary.  Still, firefighters say the smoke may be thicker in the evenings or early in the morning and they urge drivers to use caution.

On Monday, command of the fire was handed over to a local Type-4 crew and some of the firefighters and equipment were moved to other fires. Local commanders plan to fly over the fire Wednesday afternoon and determine how to handle its new growth. 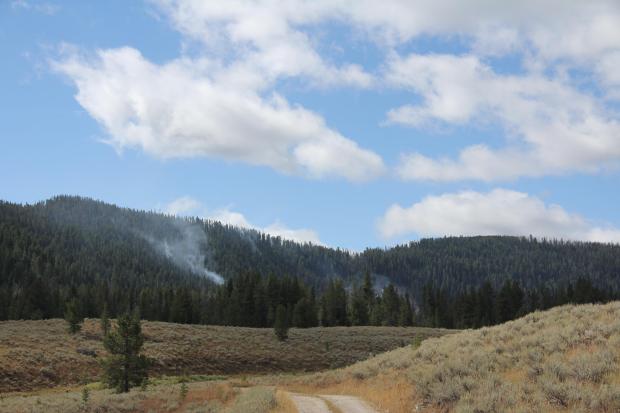 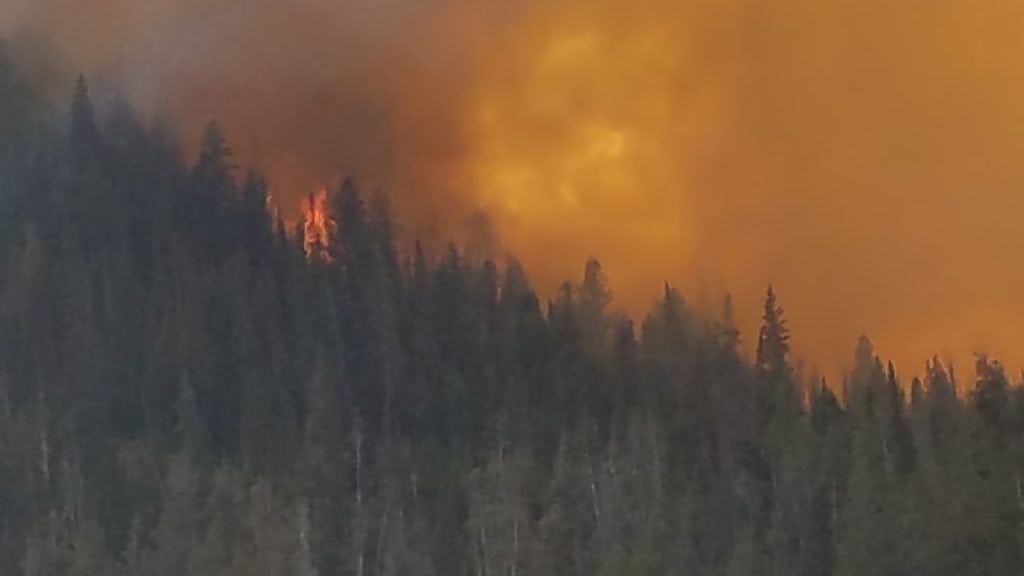 Photos courtesy of Melissa Hanson and other viewers.