There were no injuries, and no structures were lost. 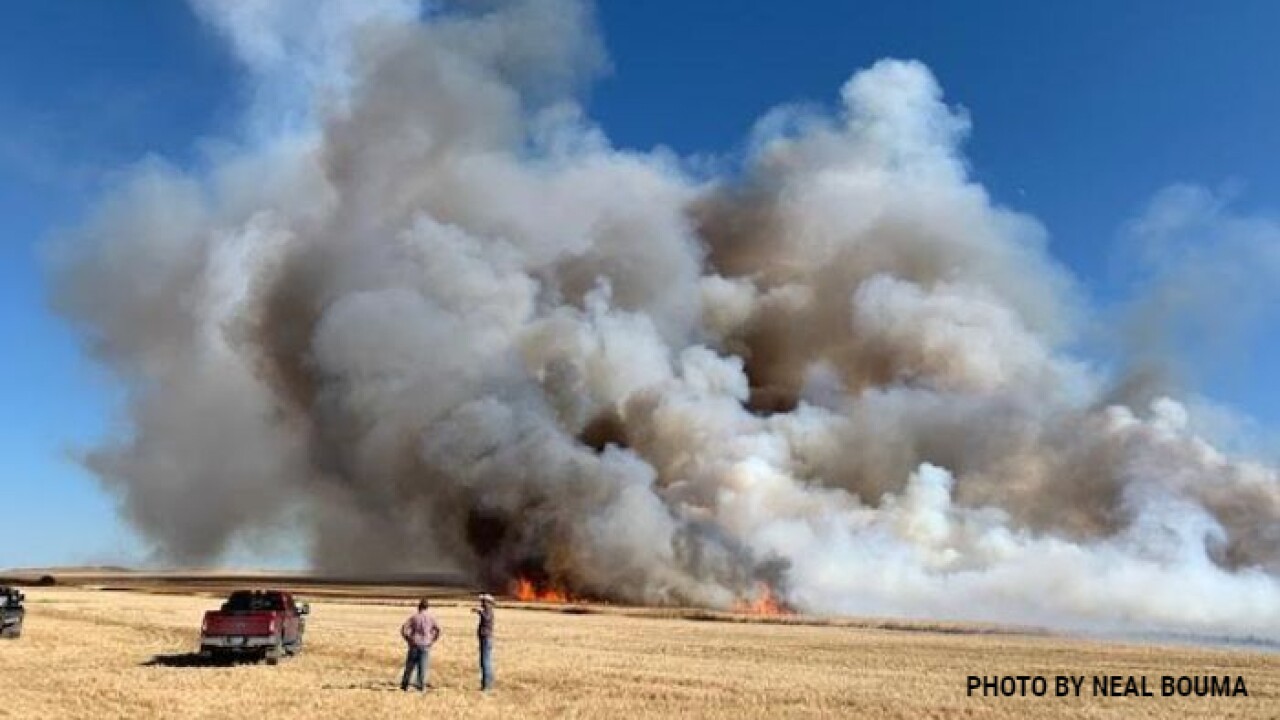 A wildland fire scorched more than 1,000 acres west of Dutton on Wednesday afternoon.

The Dutton Volunteer Fire & Rescue said in a Facebook post that with the red flag conditions and wind, they put out a call for Mutual Aid "almost every other fire department in Teton County."

They said the gusty winds and terrain made the fire difficult to combat, so aerial support from the Montana Department of Natural Resources & Conservation was DNRC was requested.

While waiting for DNRC to arrive, Mike Campbell of Campbell Aviation provided aerial assistance with his plane by keeping crews on the ground informed about the direction the fire was headed.

Teton County EMS responded and kept two ambulances on standby at the staging area. It is estimated a little more than 1,000 acres burned.

There were no injuries, and no structures were lost.

They have not yet provided any information about the cause of the fire.

The Dutton team concluded by thanking their fellow responders:

"A huge thank you goes out to Choteau, Power, Fairfield, Pendroy, Conrad, Sun Prairie, Sun River, Manchester, and Brady Volunteer Fire Departments as well as all of the individuals who are not on a department, but responded to the call. Without the service of these dedicated volunteers and state resources, this fire could have been much, much worse. We would also like to thank the individuals who dropped off the granola bars, the Golden Harvest Cafe for donating food, and the EMS crews for keeping everyone hydrated. All of this was greatly appreciated."