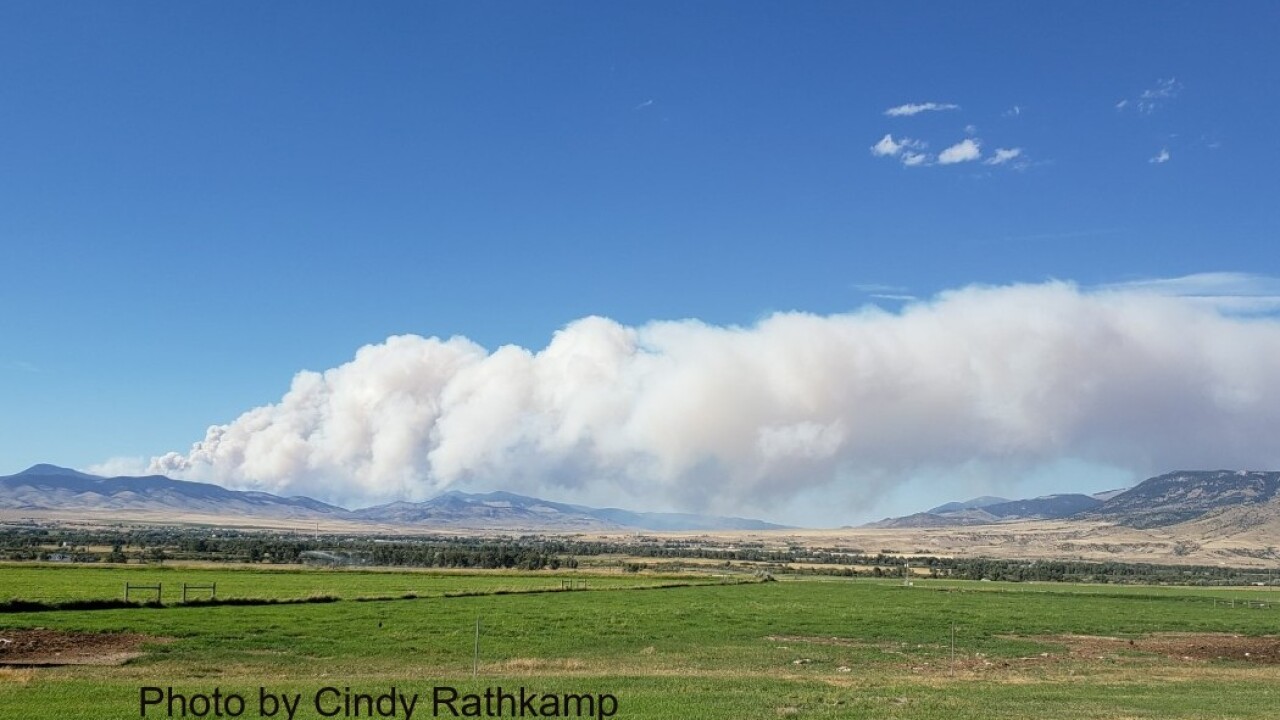 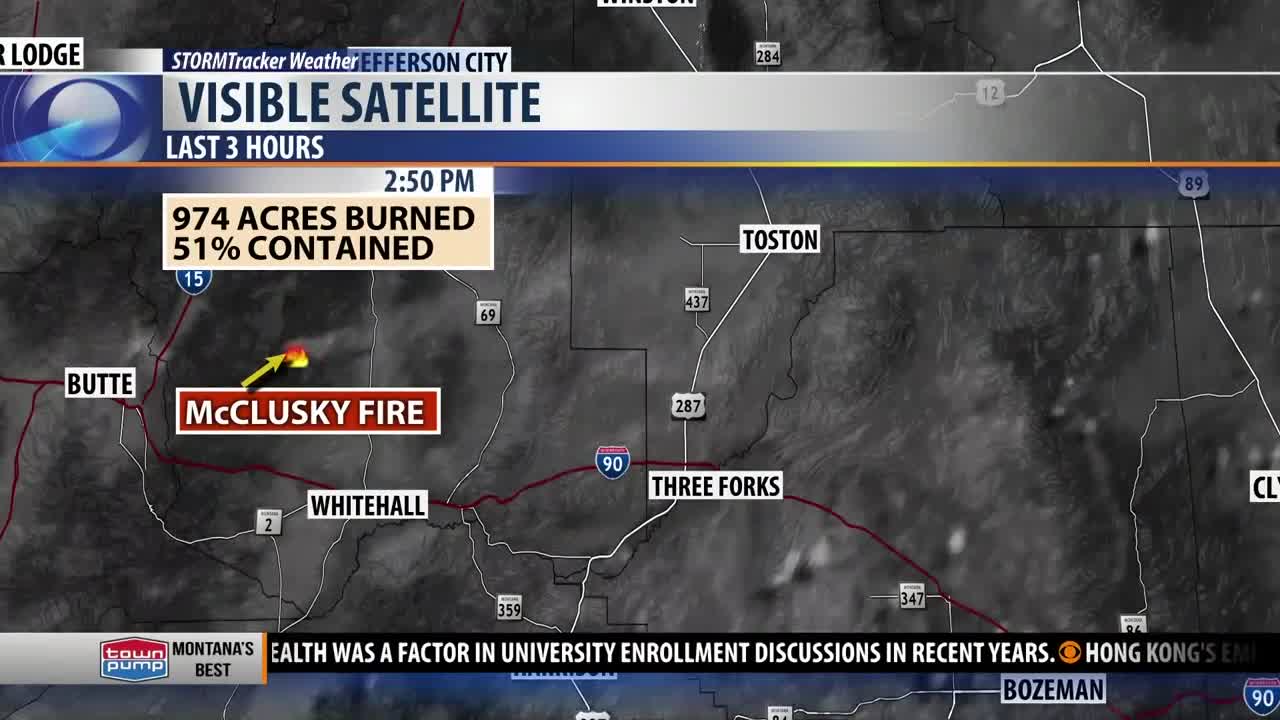 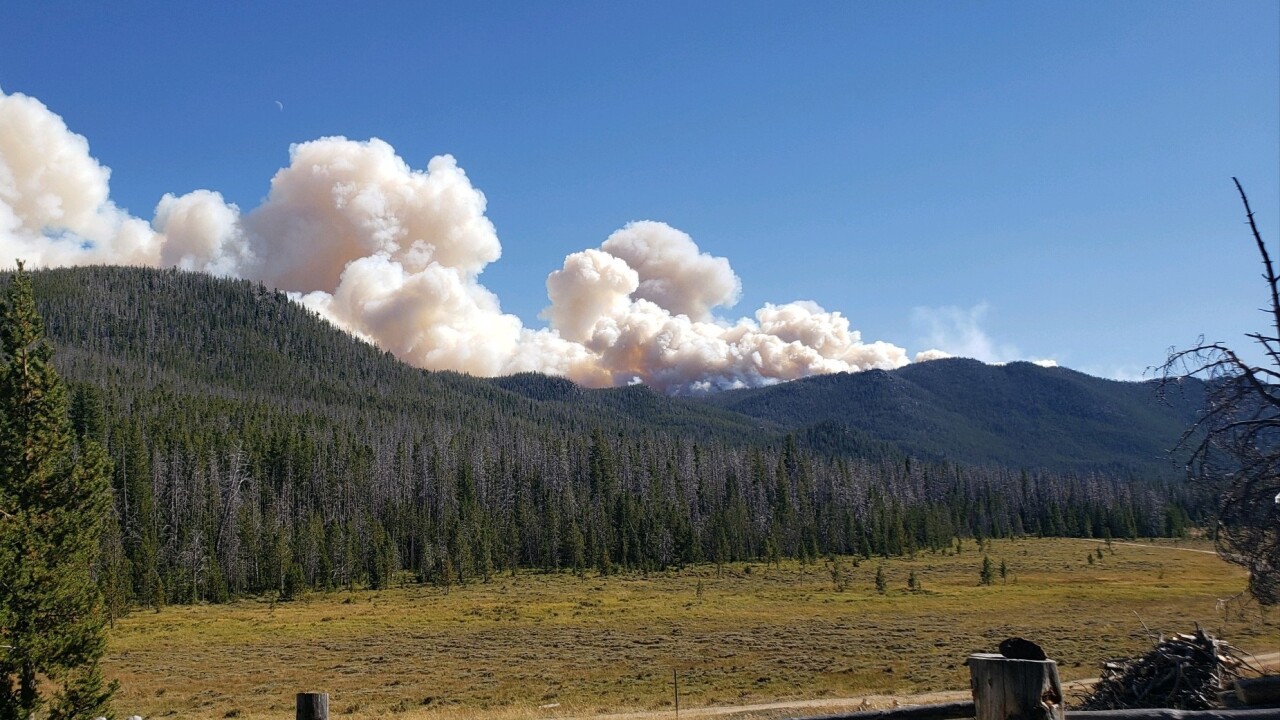 A huge plume of smoke from the McClusky fire could be seen in Butte, Bozeman and surrounding areas as Red Flag weather warnings continued on Wednesday with dry, hot, windy weather reported across the region.

The lightning-caused McClusky fire, located three miles northeast of Delmoe Lake and 13 miles northwest of Whitehall and 10 miles east of Butte, was reported on August 16. The 974-acre fire is burning in lodgepole pine in steep, rugged, inaccessible terrain with high concentrations of standing dead trees and logs on the ground. The fire is 51 percent perimeter contained.

Officials say the McClusky fire will continue to burn until the area receives a season-ending weather event.

Warm and dry conditions are predicted to continue through Thursday. A dry cool front will pass through the region Wednesday afternoon resulting in gusty westerly winds and low relative humidity. Winds are expected to diminish after sunset. Crews expect a significant pattern change with widespread wetting rains Friday and again Sunday and Monday.

The fire is continuing to moderately burn fuels in the afternoon in heavy standing dead and downed trees. Standing snags and those hung-up or suspended in adjacent snags pose an excessive safety risk to firefighters. Firefighter and public safety is the number one priority, officials say.