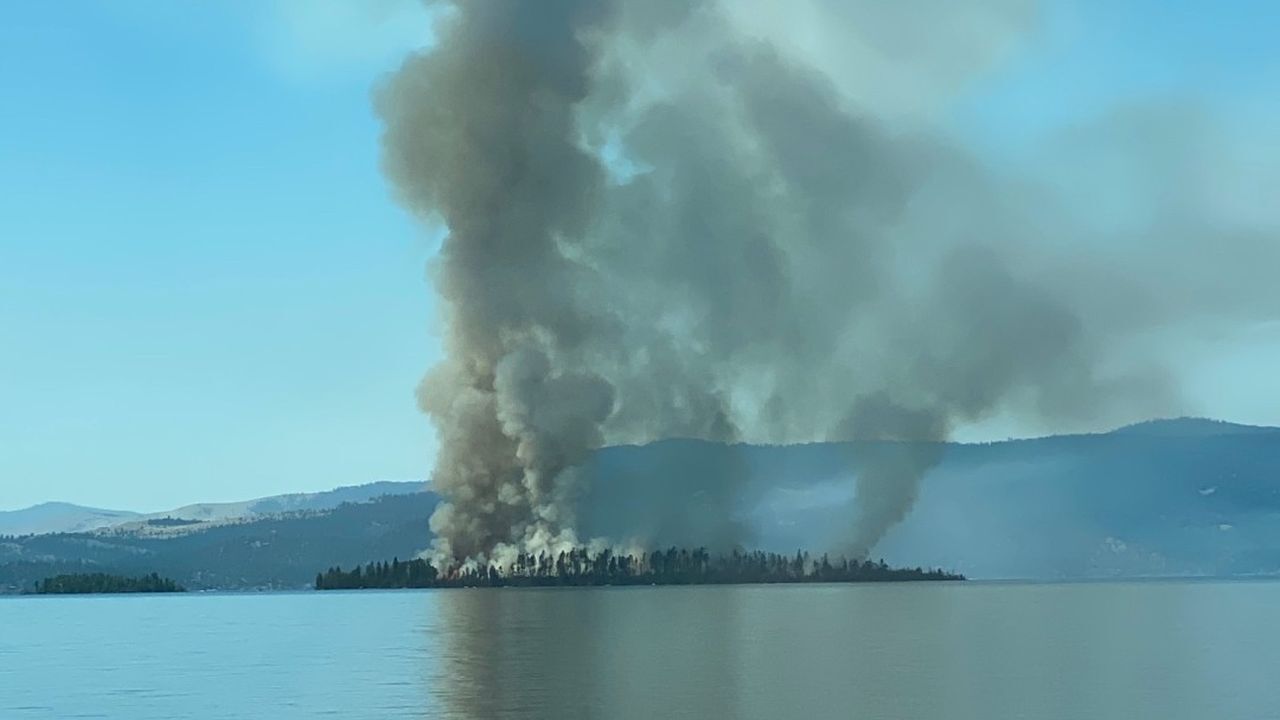 Bird Island on Flathead Lake near Finley Point is closed to public access due to a wildfire. The fire was reported at 7:45 pm on Monday, August 3, according to the Confederated Salish & Kootenai Tribes fire agency.

Montana Fish, Wildlife, and Parks says the fire has created unsafe conditions and hazardous trees, and poses a threat to public safety.

FWP is working with CSKT and thanked crews for the quick response to the fire. Due to serious safety concerns related to fighting the fire on the island, FWP has decided to not actively suppress the fire.

“There is a lot of dense undergrowth, downed or hanging tree snags and other hazards that make it unsafe for firefighters,” said Neil Anderson, FWP Regional Wildlife Manager.

“We recognize there may be concerns about the fire’s damage to the island but the risk to the safety of the firefighters is too significant to actively engage the fire.”

There is no word yet on the suspected cause of the fire, and the investigation continues.

Bird Island, encompassing 30 acres off the southeast shore of the lake, is a Wildlife Habitat Protection Area; it was bought by FWP in 1953 from the Ainsworth family for use as a goose and bird habitat.