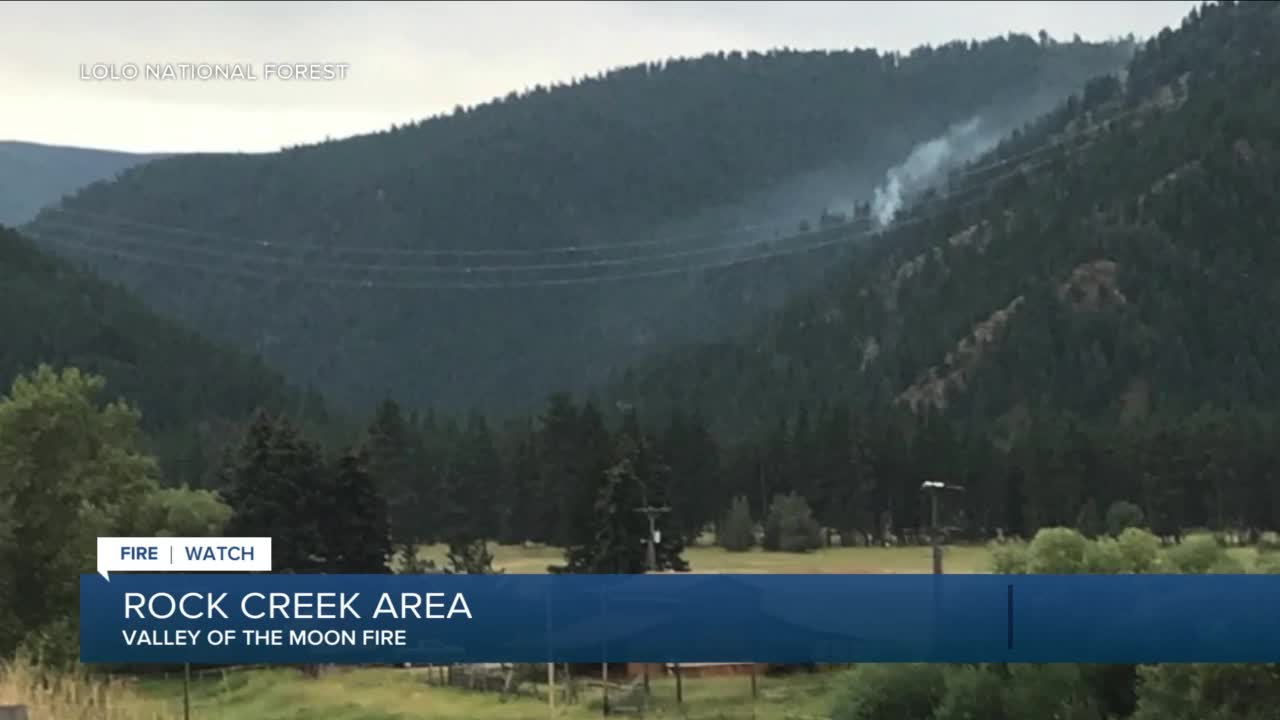 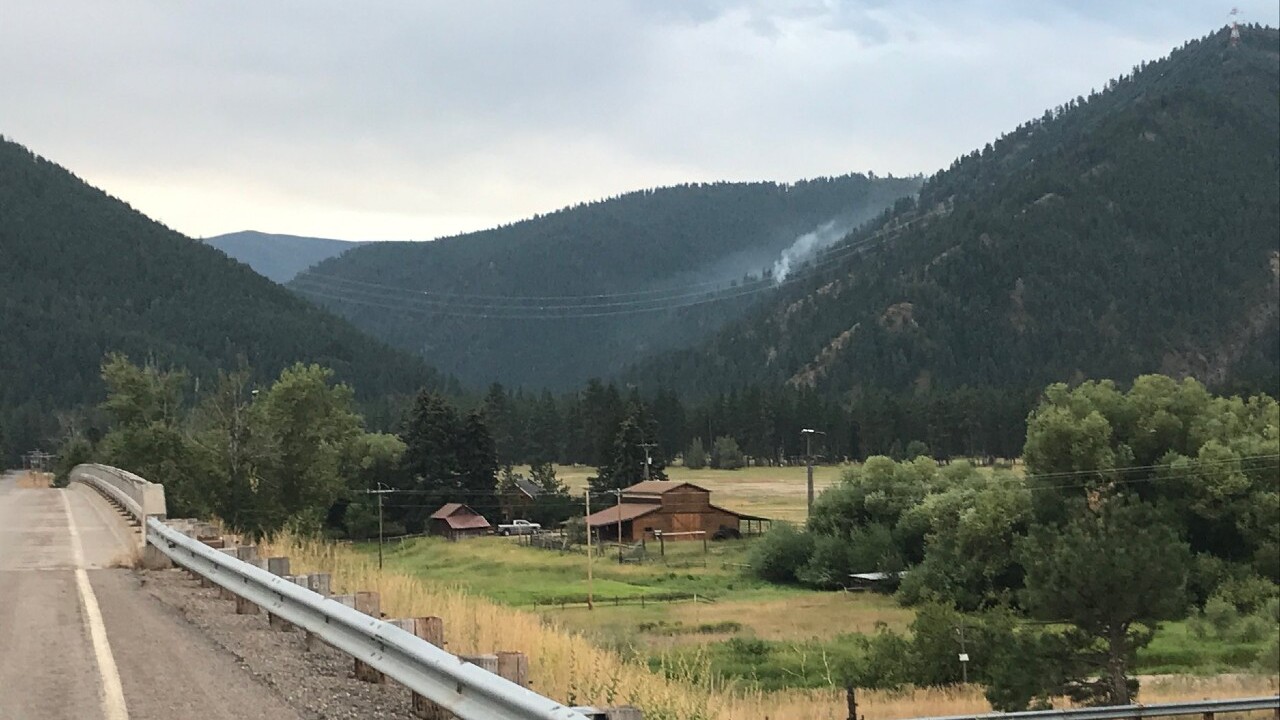 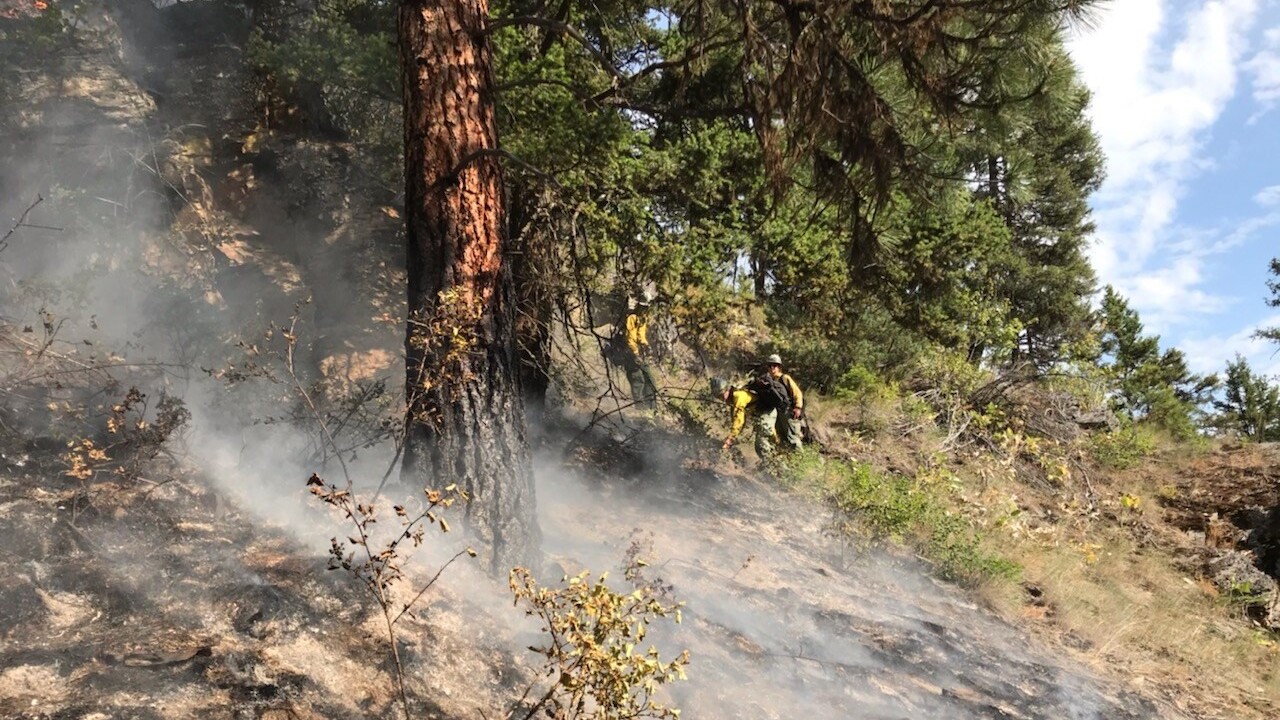 Crews are on the scene of a small wildfire that is burning in Rock Creek area east of Missoula.

The Lolo National Forest reports there is .25 acre fire -- called Valley of the Moon Fire -- which is burning on a steep, rugged slope on the western side of the Rock Creek Road south of Interstate 90.

Seven firefighters are on scene and a helicopter is conducting bucket drops and cool hot spots as firefighters work to build containment line.

The fire is burning in timber and grass with smoke visible from I-90.

No structures are threatened at this time.

Lolo National Forest officials note that the fire was sparked by lightning and that there were several lightning strikes that hit the area on Thursday morning.