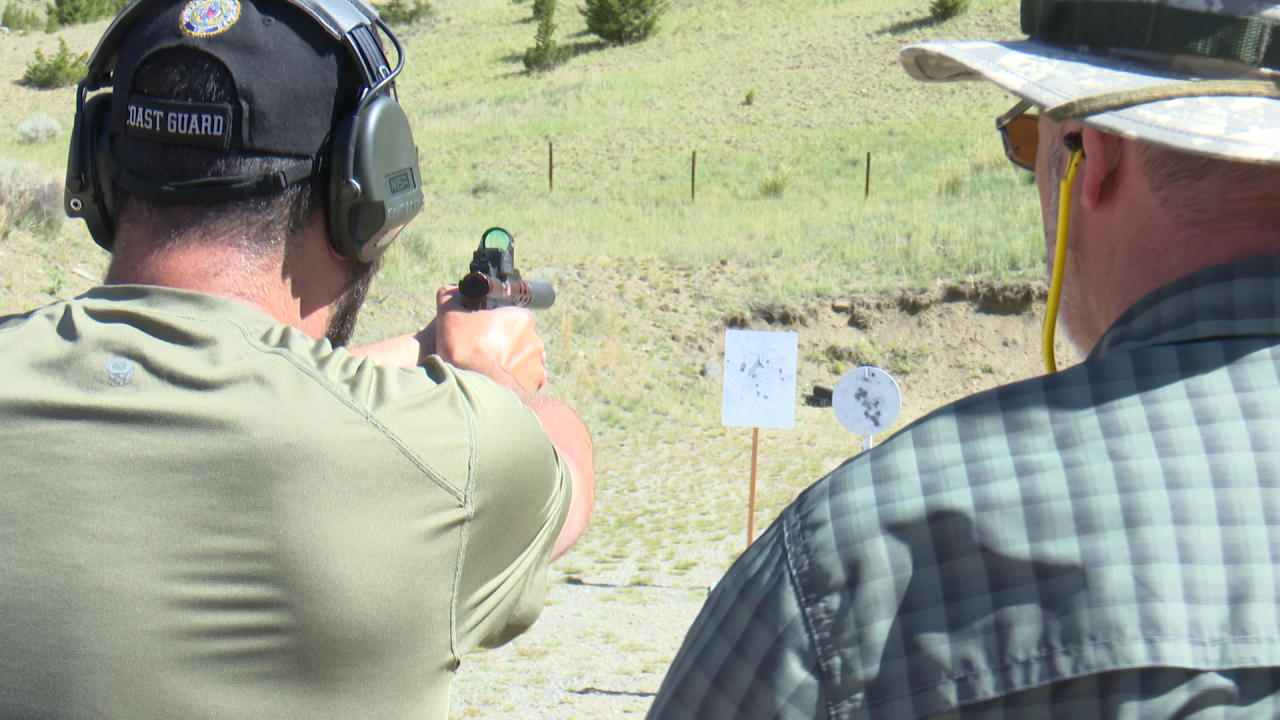 An annual shooting fundraiser event was held in Boulder.

Shooters gather to fire at targets as part of an annual competition, the Semper Fi Steel Challenge. Rick Davis is part of the Last Chance Handgunners. The club that organizes this event every year.

"This is a fundraising event that involves shooting sport steel and shooting those with pistols," says Rick Davis, the Match Director of the challenge.

There are about 80 shooters here. Each military branch is represented in this competition and all of them are shooting for a cause to fundraise the Semper Fi Fund.

"93 cents of every dollar that is raised go and support those veterans who are amputees, TBI, PTSD. Anything that the veteran needs and they contact the Semper Fi Fund," says Davis.

Anyone can join in on the challenge. The bay areas and challenge are set for any shooter, including adaptive shooters. For Rick, this challenge also means bringing everyone together once again.

"It's the whole comradery of us being together once again doing something for our brothers and sisters who have sacrificed so much for us," says Davis.

It is estimated that about $4,000 was raised from this challenge.