Martinez and Dahl charged in connection with AMBER Alert 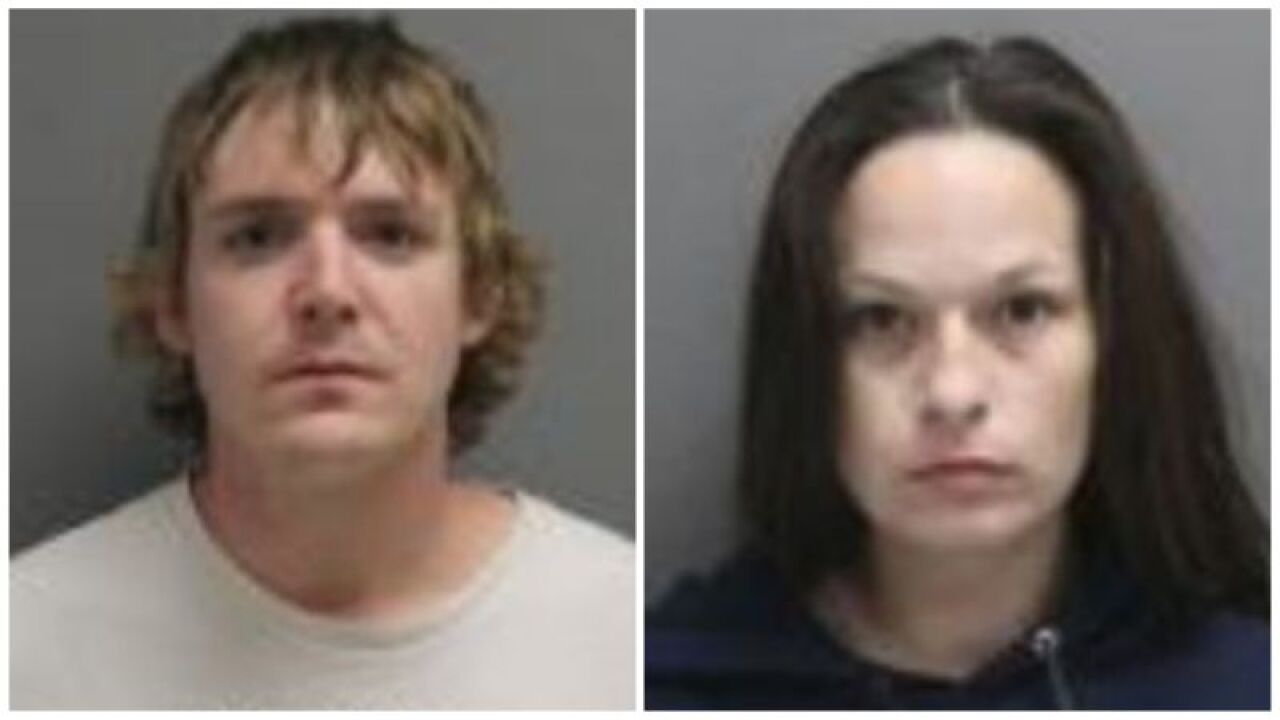 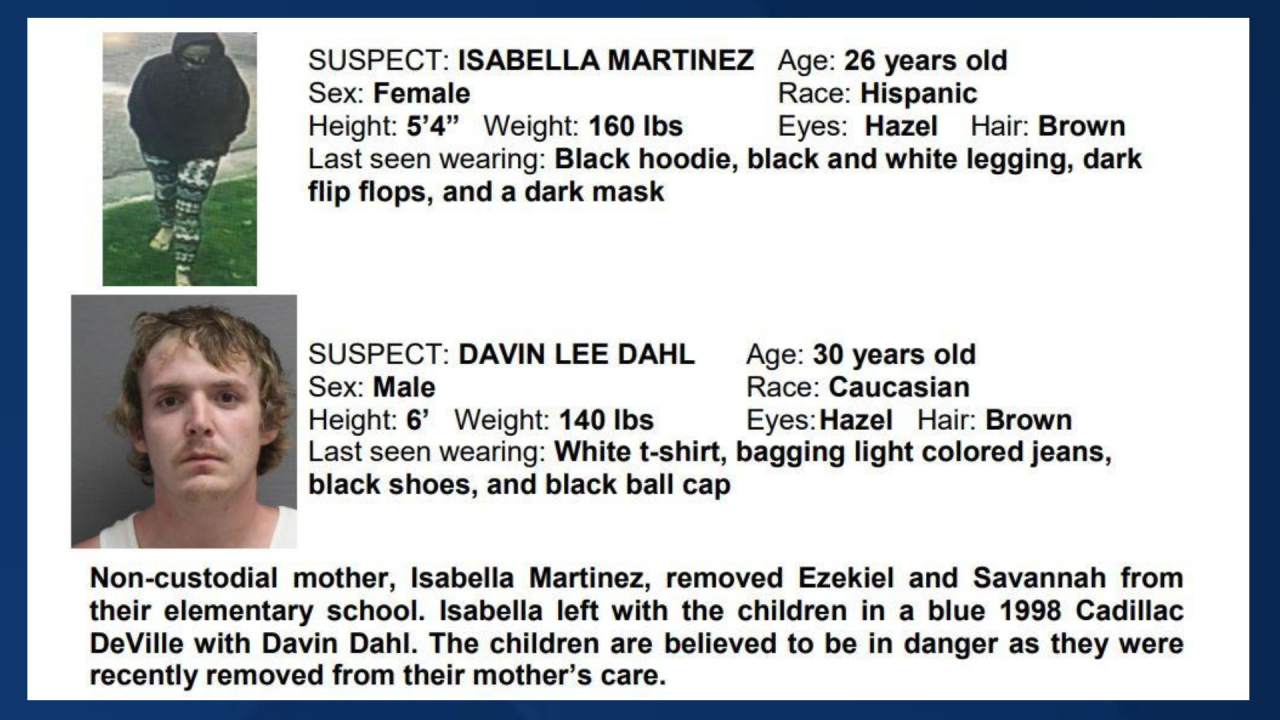 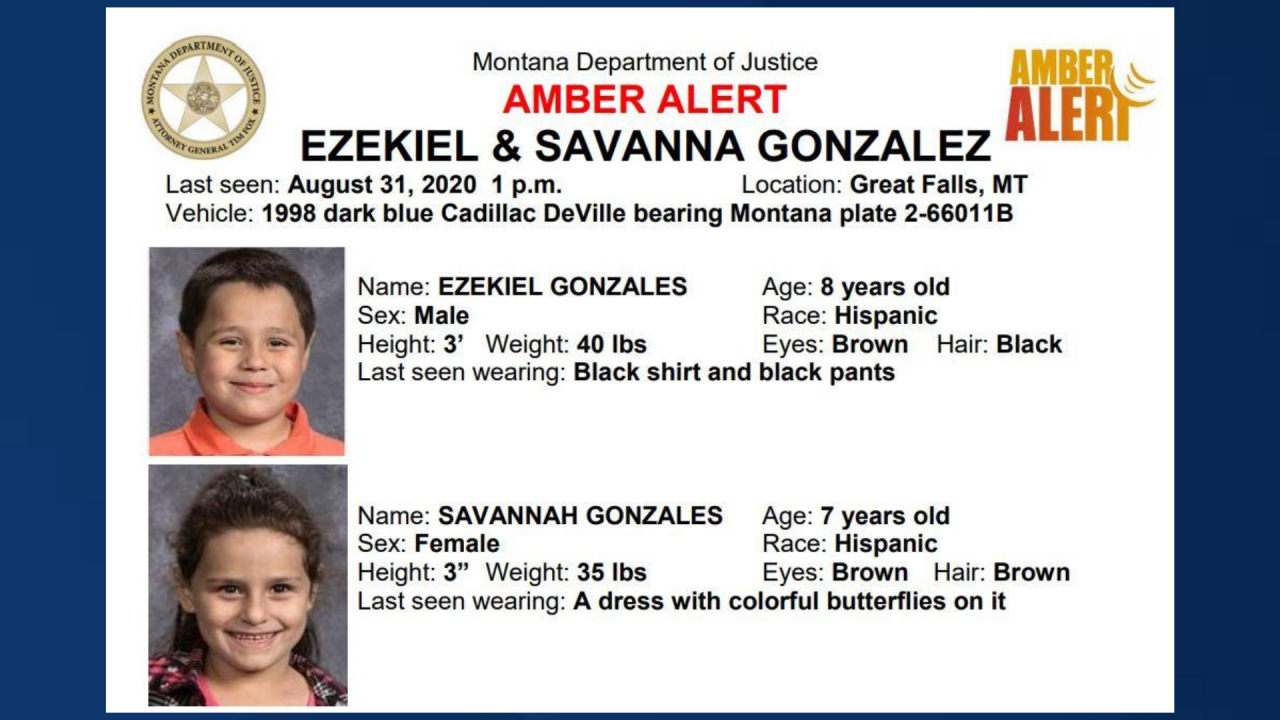 (UPDATE, 4 pm) Martinez has now also been charged with two counts of endangering the welfare of a child.

Lt. Doug Otto of the Great Falls Police Department said that Martinez had drugs in her system when she and Dahl were arrested. "This case started as a drug endangered child case. Our detectives were working with the Department of Family Services on that information. Long story short, after the investigation they found there's probable cause to end up charging the mom in this case with child criminal endangerment," said Otto.

MTN News has tried several times to talk with Great Falls Public School district superintendent Tom Moore to get information about procedures and policies to pick up kids at school, but we have not received a response at this time.

The children are in the custody of DFS.

(1st REPORT, 10:16 a.m.) Davin Lee Dahl and Isabella Savannah Martinez have been charged after they reportedly abducted her two children from a school in Great Falls on Monday. The incident sparked a state-wide AMBER Alert.

Court documents say that at about 3:10 p.m., an officer was dispatched to a Great Falls residence to assist child-welfare personnel. The officer was told that Martinez took her children from Whittier Elementary School earlier in the day and was not allowed to do so, as the Department of Family Services had custody of the two children, Ezekiel and Savannah Gonzales.

Both children had been removed from Martinez's care earlier in the month for her narcotics use, according to court documents.

The officer and DFS staff contacted neighbors and asked them what vehicle belongs to Martinez, and they said she drives a blue van, which was parked out front, and that her boyfriend (Dahl) drives a Cadillac car. The Cadillac was not parked outside.

An officer went to to the school and reviewed video surveillance from the time the children were picked up. The detective said that Martinez arrived in theblue Cadillac at approximately 1:17 pm. Martinez was the driver and she got out of the car and walked into the school. Dahl got out of the vehicle when Martinez did, but ducked down on the driver's side while she was inside.

The video showed Martinez with both children "leaving in a hurry." Once Martinez, Dahl, and the two children were in the vehicle, she sped off.

An AMBER Alert was issued by the Montana Department of Justice, and within an hour, the Great Falls Police Department learned that the vehicle was in Vaughn at the Conoco gasstation, and confirmed that the children were in the vehicle. Cascade County Sheriff's deputies were dispatched and pulled the vehicle over on Highway 200 after several people called to report seeing the car drive away at a high rate of speed.

Officers found the two children unharmed in the back seat. Martinez and Dahl were taken into custody, and have both been charged with felony custodial interference.

We have a reporter working on talking with Great Falls Public School district officials about policies regarding checking students out from school, and will update you when we get more details.