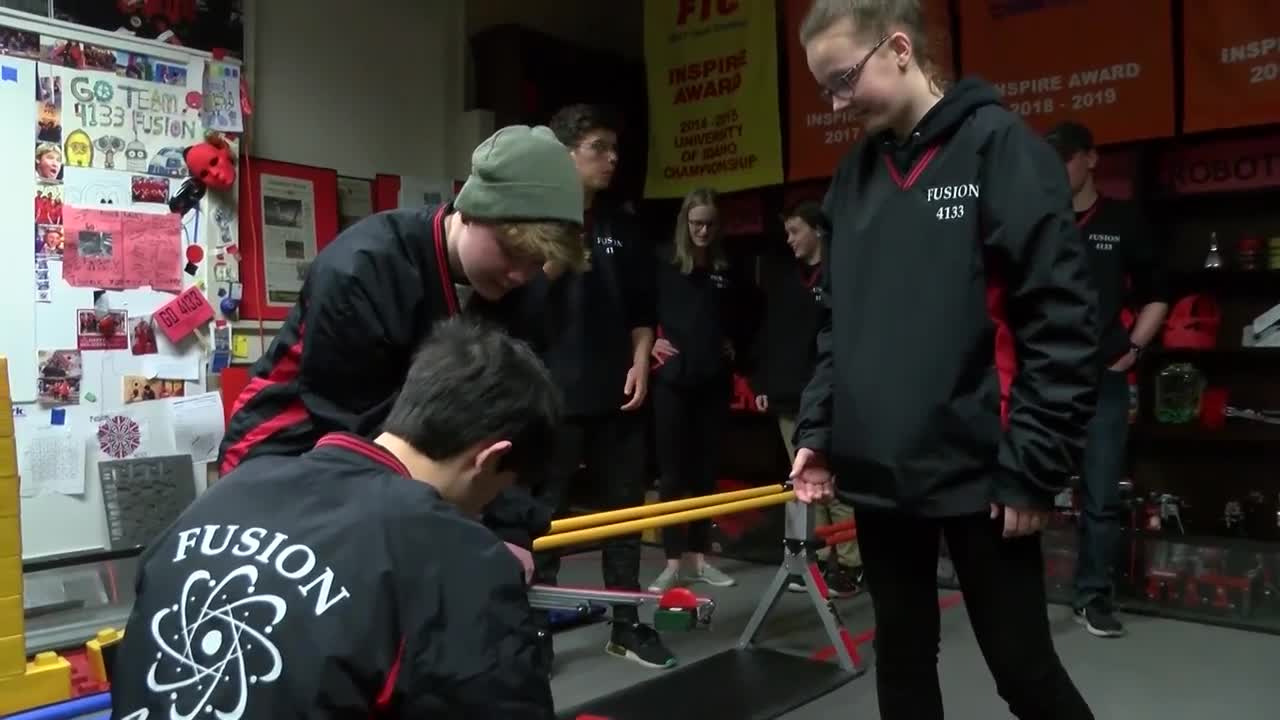 For the third straight year, Helena robotics Team Fusion 4133 are heading to the international stage for the FIRST Tech Challenge World Championships in Houston, TX. This will be their fifth appearance overall.

Team Fusion just returned from the Wyoming State Championship where they received the Inspire Award.

The award is given to the team that achieves greatness in all parts of FIRST; including programming, robot design, and gracious professionalism.

“Gracious professionalism is key part of FIRST,” said Team Fusion Co-Captain Jayden Ellis. “You want to treat everyone the same, and you want to compete against your opponent at the best of their ability. So if they’re breaking down and missing a part you want to help them as much as you can. It’s a good life lesson.”

Team Fusion has placed in the top 25 percent of teams at multiple World FIRST, but say they are particularly proud of their new robot.

This year’s robot dubbed “Oracle” is designed to autonomously pick up blocks and then be guided to stack them as high as possible.

The team has spent more than 1000 hours designing, testing and refining the build. Most of the robot was designed digitally by the team and then fabricated.

“We start out with designing it in CAD,” said team member Miranda Sheafor. “Then we cut out the parts and I got to weld the frame together, which was a really cool experience this year...A lot of the parts are 3D printed.”

Robotics provides the members of team fusion with more than just design and programs skills. The competitions have allowed the teens to travel, meet astronauts and go indoor skydiving.

Lead Programer Bryson Jones says robotics have also shaped what he wants to do after college.

“It’s always been robotics is for the nerdy kids and it’s not that cool, but I think once you start getting into the community and start really learning from everybody else, you realize that this is where the future is in STEM and technology,” said Jones.

One of the pillars of Team Fusion is giving everyone, no matter their economic situation, the chance to participate in robotics.

The team is currently raising $25,000 to make sure every team member can go to the world competition this April. Team Fusion 4133 is a 501c3 non-profit and all donations are tax deductible.

More information about the team, including how to support their trip to the World Championship, can be found here .