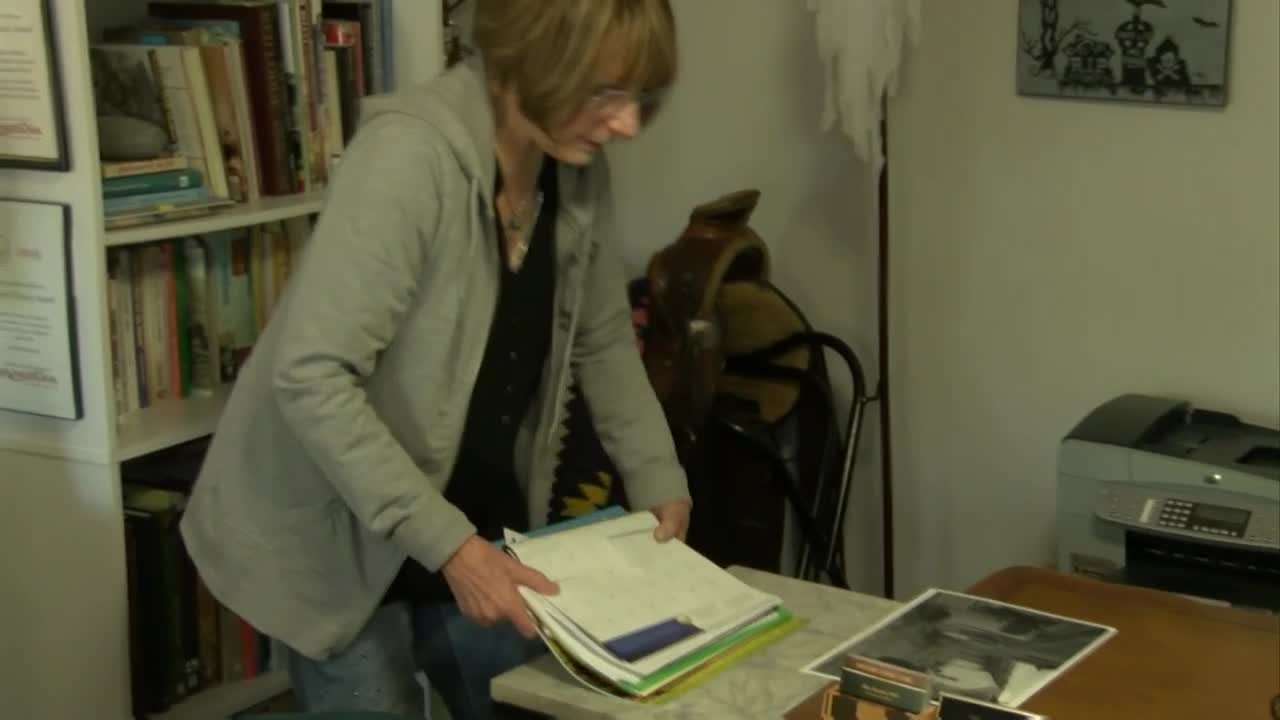 “There’s stories here in Helena that I can’t tell,” whispered Helena based author and historian Ellen Baumler. “They’re just too recent and too horrible.”

She knows what she is talking about because history is a messy thing. And it doesn’t always stay buried. A good example is Helena’s appropriately named “Hangman’s Tree” – formally located in the Hillsdale and Highland area of the Capital City.

Here Vigilantes dispensed justice by placing a rope-wearing individual on the back of a horse. They would then send the horse running - and the criminal swinging.

But long after the tree was out of commission, activity seems to still be going on.

“One of the really creepy stories is that there is a house that’s still there that was in that pathway of the horse, the runaway horse,” said Baumler. “And people who lived there at one time experience what they thought was the hooves of the devil. They experienced this thundering horse running through their house and, to me, that’s residual energy of that.”

On the other side of town, a bridge spanning the historic Reeders Ally has a less menacing, but just as ghostly presence.

“She (the unnamed runner) and her friend were running across the bridge and heard these kind-of footsteps and as they passed, it was sort of this fleeting thing, they both saw the same thing,” Ellen said in a hushed tone. “They saw this woman dressed in 19th century clothing with the high-neck and a bun on her head. The friend said to this runner, ‘oh my god. How could they be dressed like that in this kind of weather? How could she be dressed like that? It’s so hot.’ and so the runner knew that her friend saw the same thing."

She would claim to have seen the same apparition on three separate times.

But Helena isn’t the only place in the state that spirits call home. Along Highway 2 just outside of Saco a rock believed to be sacred to many in the area was moved as the highway was being built. But as legend has it, the Sleeping Buffalo Rock didn’t like it’s new home.

“After it was placed there people began to hear this bellowing in the night, and it sounded like a bull buffalo,” Ellen said. “And they would call the police, the police would come and they could tell it was coming from the park and they would enter the gate and it would stop. As time went on this kept happening and people were very disturbed about it and it seemed like the rock was changing positions, like it was moving around the fence, trying to find a way to get out. So they moved it to where it is now. It’s under this funky little shelter at the cross-roads of Highway-2 and where you go to Saco, and people leave all kinds of offerings, yah know, like tobacco and ribbons and pictures and pennies and all kinds of things. Whether it’s bellowing or not, there is nobody around to hear it.”

True or not, ghost stories are as old as recorded history - and wnd whether you find them fun or scary they are an important tool to help keep us connected to our past.

“To me, it has to have a twist. First of all it’s the history. As a historian I’ve used these stories to really engage younger kids and it really works,” Baumler said. “It gets them interested in Montana history and to me it is the perfect vehicle to take places that normally nobody would ever write about and really turn them into something that’s very interesting and compelling. And when it has this little ghostly twist that’s really what draws people in. But to me it’s the history that’s important.”

Click here for more information about Ellen and her work.