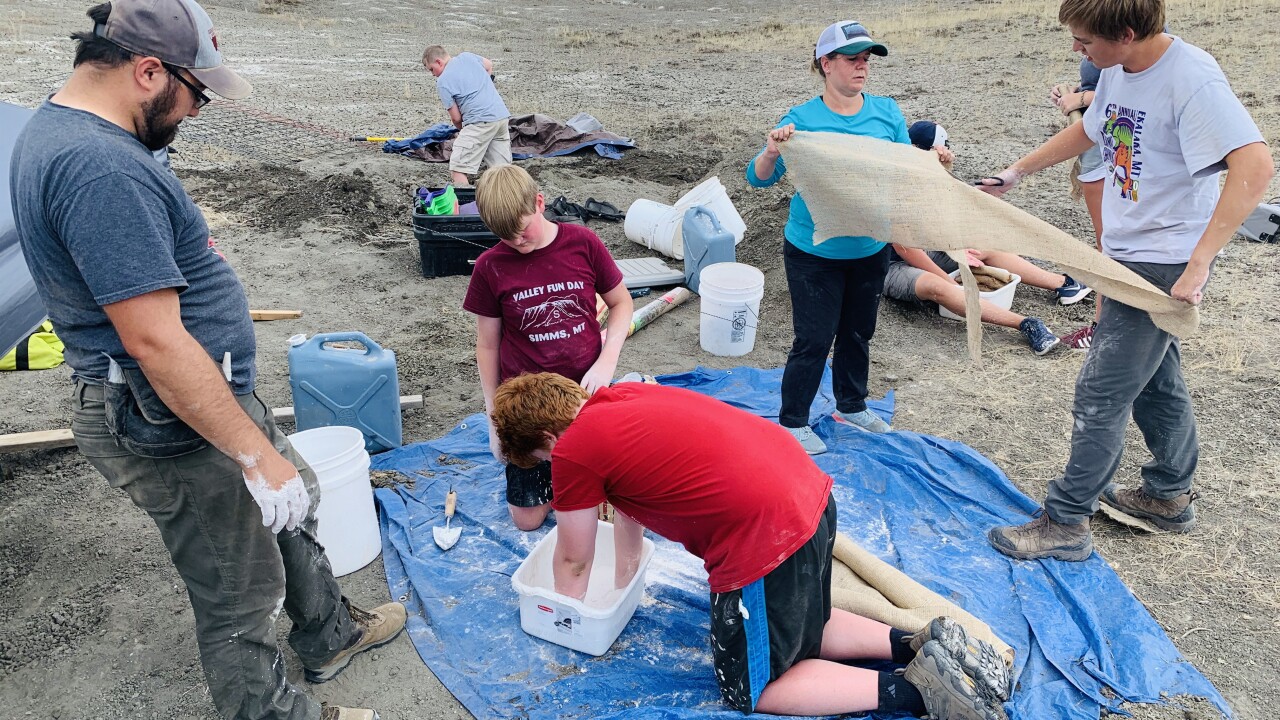 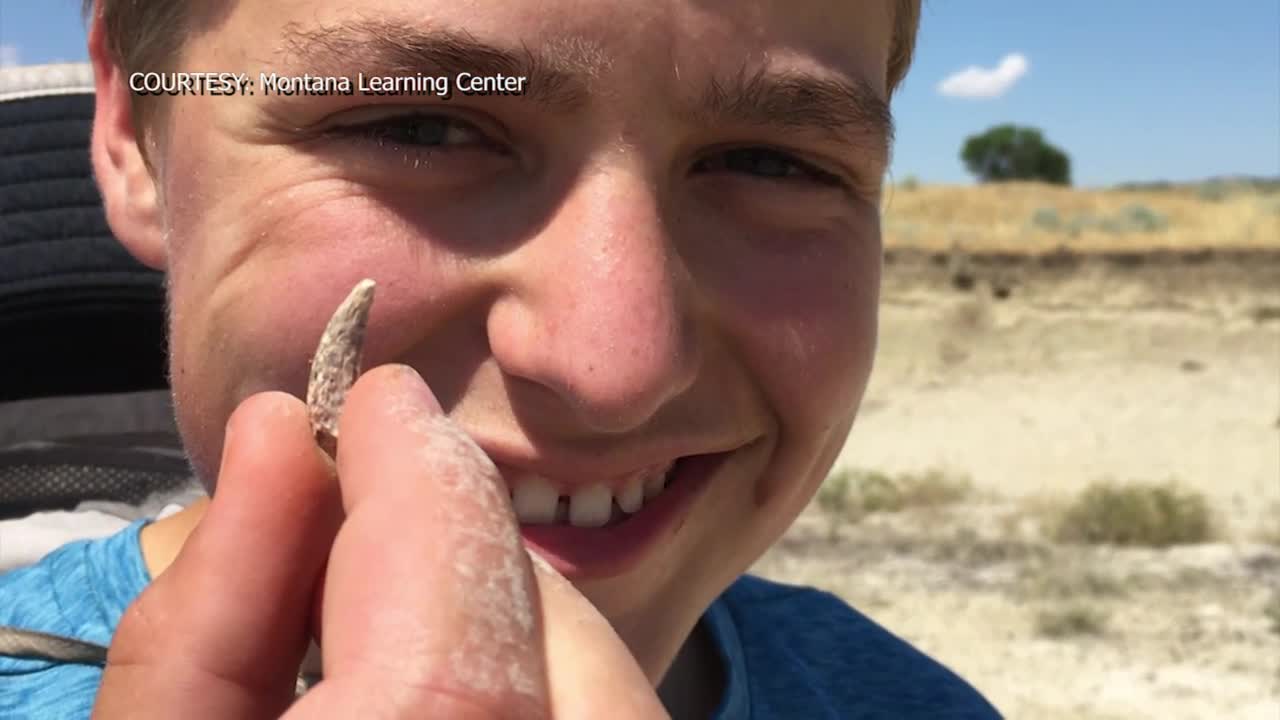 A monster fossil discovery by a Helena area father and son has created an unforgettable learning opportunity for some Montana teens.

Heath and Rodney Caldwell were excited to attend the Carter County Museum Dino Shindig in July. The annual event held in Ekalaka celebrates dinosaurs and provides an opportunity for attendees to learn more about fossil finds in the area.

Heath, a Helena High School senior, has always had a passion for dinosaurs and his father Rodney, a hydrologist for the United States Geological Survey, has always been supportive.

However, there was no way for the Caldwells to know about the leviathan they were going to find while doing some fossil hunting of their own on some federal property.

“One evening we decided to go out and look for some invertebrate fossils like clams and oysters and stuff like that,” said Heath. “While we were walking my dad stumbled upon a few vertebrae just sticking out of the ground. I walked away for a little bit to see what else I could find, but when I got back I noticed there was like 10 feet of vertebrae just laying on the ground and I was like, ‘We got to tell someone about this!’”

“At first we didn’t know what we had,” said Rodney. “All this time spent out there with Heath looking at dinosaur bones for the last several years led to us to say okay this is a marine reptile.”

The Caldwells reached out to Carter County Museum curator Nathan Carroll who got a crew together to begin the long and tedious work of excavating the fossil.

The fossil is believed to be that of a mosasaurus, a 30 to 60 foot marine reptile that lived more than 66 million years ago. However, they won’t know the exact species until more of the fossil can be revealed.

Rodney says it was awesome to see the community from the Dino Shindig and Carter County Museum get so excited about the discovery, with many volunteering their time to help with the excavation.

Heath had the honor of giving the fossil a nickname, to which he chose “Vickie” to honor his mother.

“I thought if it’s a terrifying animal and the apex predator in the ocean at that time, I thought naming it after my mom Vickie,” said Heath. “I thought that was such a fitting name for such a scary animal.”

Heath also happens to be a junior counselor at the Montana Learning Center (MLC) for their Dinosaur Camp which was scheduled to happen a couple weeks after they discovered “Vickie.”

MLC had already been planning a camp out to the area since last year, the mosasaurus find was serendipitous.

“We were going to search for dinosaur fossils anyway, but one thing led to another. The Caldwells made the discoveries, the Carter County Museum got the permit, and we started digging the day we got there,” said MLC Executive Director Ryan Hannahoe.

The teen campers spent three days helping researchers excavate the fossil find and learning first hand all that paleontologists do.

Hannahoe says while the mosasaurus fossil is amazing all on its own, the best part is that it provided an opportunity for the campers to contribute to the field of paleontology.

“This is a huge opportunity because the kids can contribute to real meaningful, publishable science,” said Hannahoe.

While in Ekalaka, the campers also created an exhibit for the Carter County Museum with all of their finds. Each fossil on display is credited with the name of the MLC camper that found it.

By the end of the camp at least 70 articulated vertebrae spanning 28 feet, with multiple pelvic elements and flipper bones of “Vickie” had been unearthed. Because it was found on federal land, the fossil belongs to the people of the United States, and will be displayed at the Carter County Museum.

In addition to working on “Vickie,” campers also discovered ammonites (extinct marine mollusks closely related to octopuses and squid) and vertebrae and gastroliths from a plesiosaur.

It will still be a long time before all of “Vickie” is fully uncovered, but even then it most likely won’t be the last discovery by the Caldwells. Heath plans on attending Montana State University for paleontology, and helping discover and excavate a fossil the size of a school bus is bound to help him get accepted into the program.