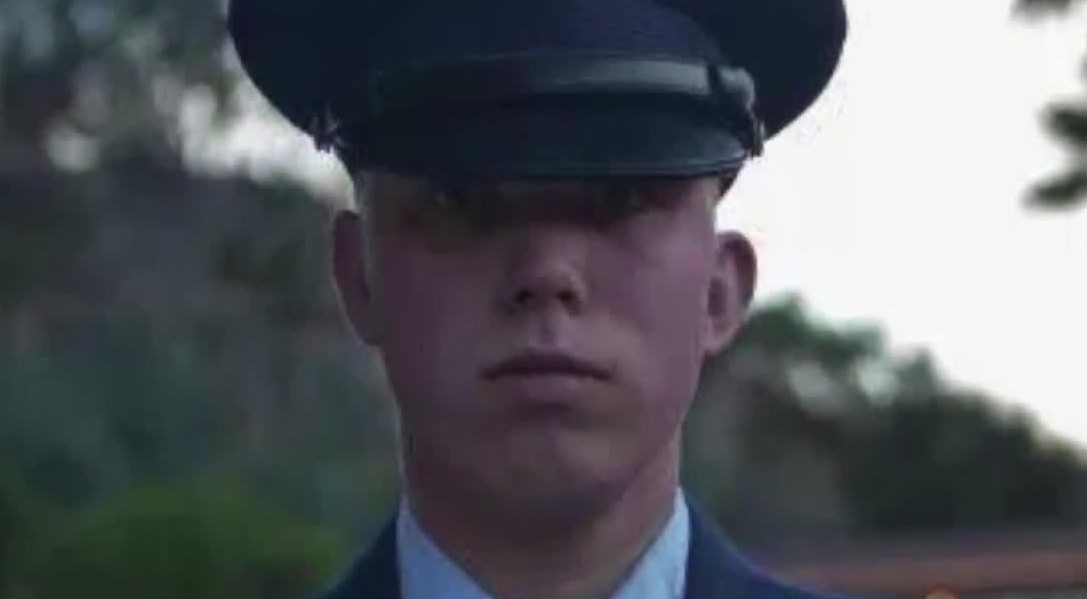 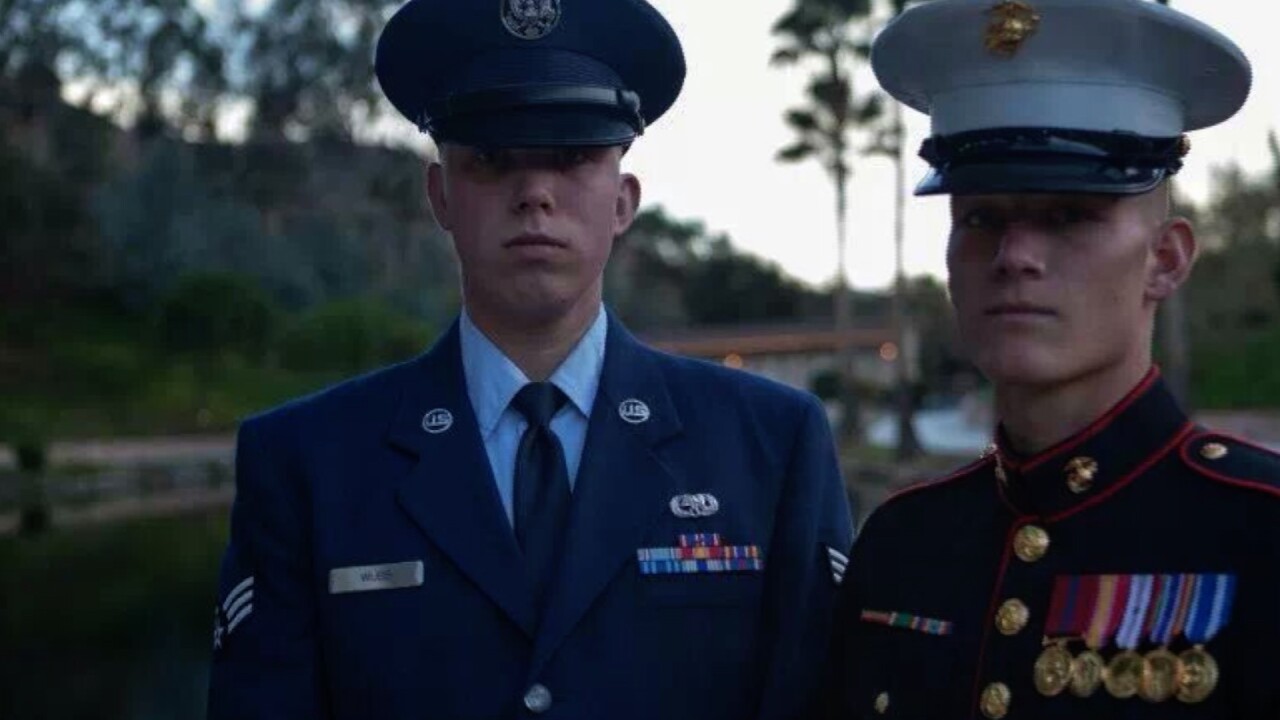 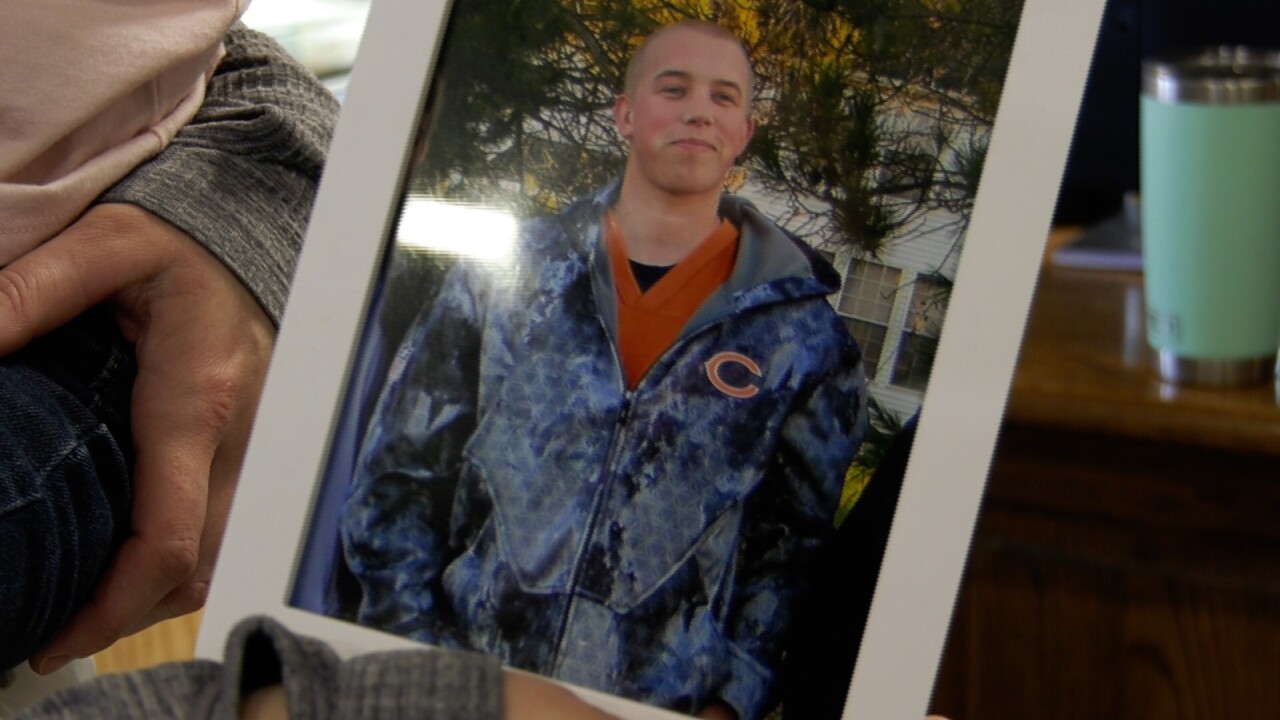 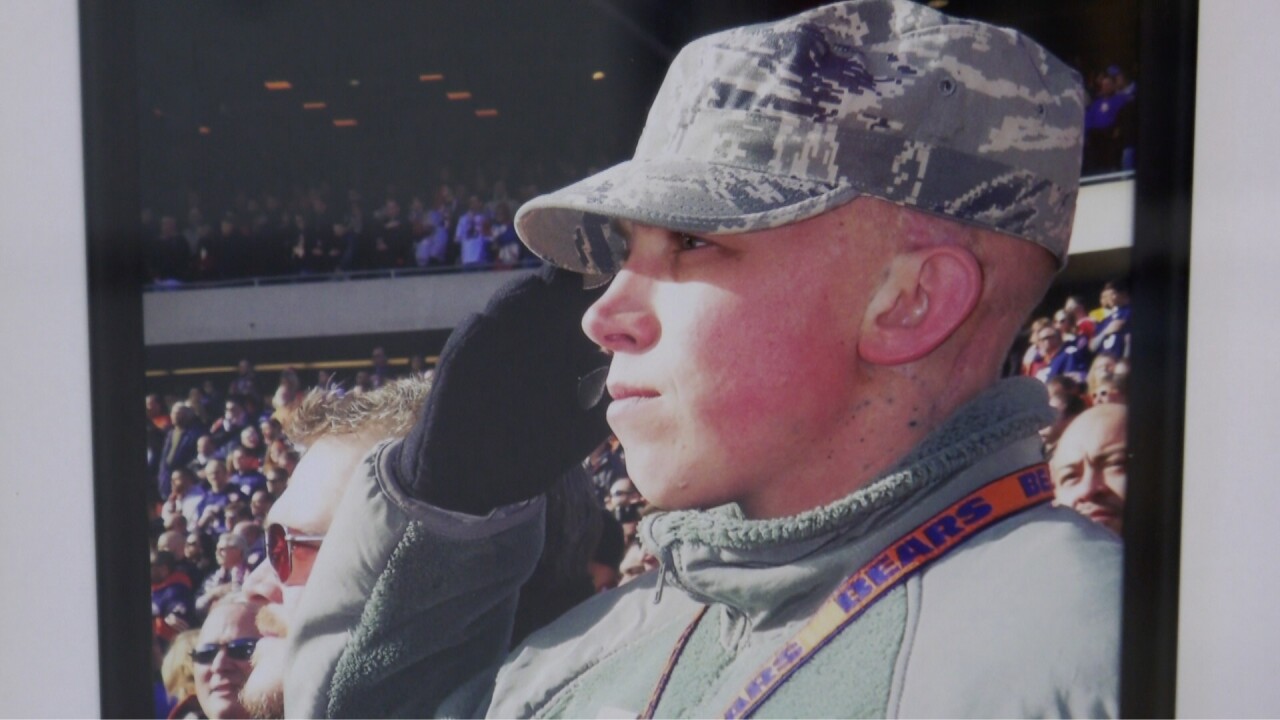 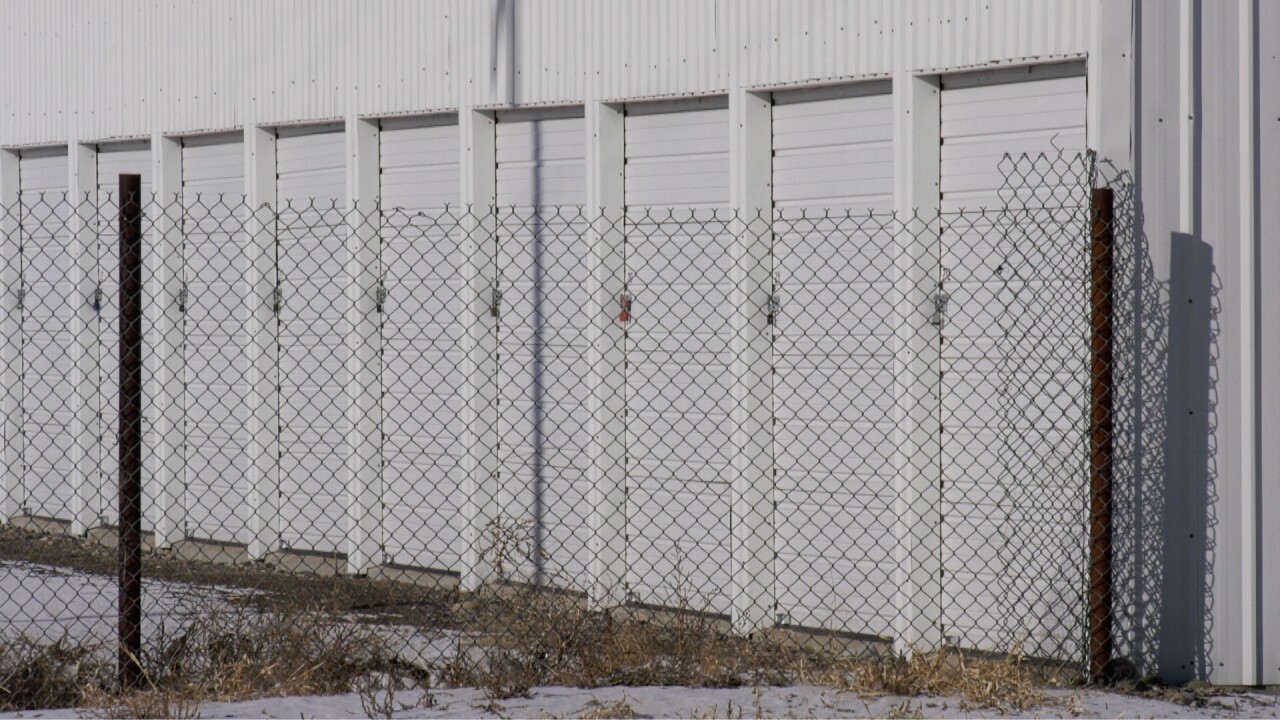 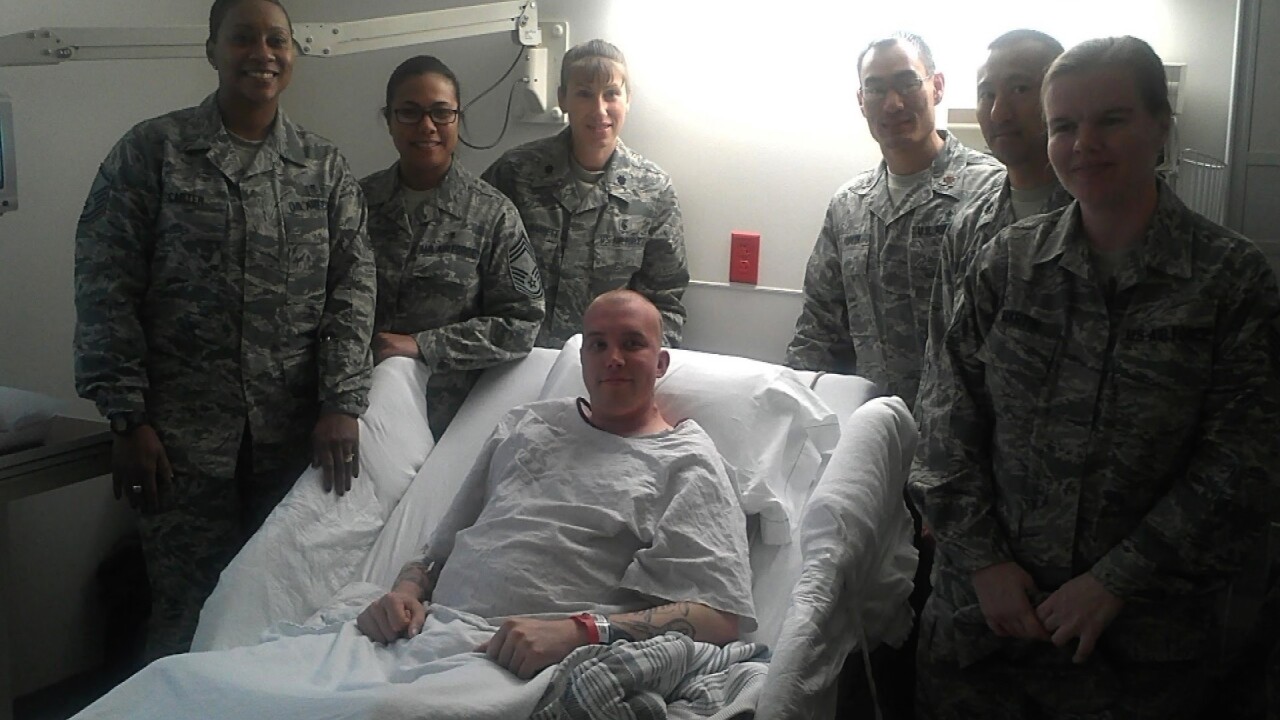 A family in Belgrade is looking for help trying to recover some stolen items they call "priceless."

But most importantly to them: Air Force uniforms and more priceless items that once belonged to USAF Senior Airman Camden Wubs, who lost his battle against cancer six years ago. Wubs was a specialist with aircraft egress systems.

To Cheri and Dan Wubs, it’s a crime that goes further than property value.

“It’s been six years and we have just a few of his belongings left and his sister had a couple of items that were priceless to her," Cheri says.

"Possessions are possessions but this is a little bit different," Dan says. “You can only imagine that it’s going to be in a dumpster somewhere or a side of a road or something like that.

Last week, it began at Osterman’s Storage in Belgrade.

Cheri and Dan say a security guard found their unit’s padlock broken but no items missing, at first.

Four days later, they say Kali and her husband were notified differently.

“Kali and Nick were not notified that the lock was broken, nor was a temporary lock put on so days went by and the storage unit sat with no lock on it," Cheri says. “Her and her husband had temporarily moved these items to a storage unit because they were having some work done in their house and, unfortunately, while they were there, the storage unit was broken into.”

“Something had gone haywire somewhere within Osterman’s communication," Dan says. "This kind of thing shouldn’t be let go for the better part of a week.”

MTN News reached out to Osterman’s and left a message.

Meanwhile, Cheri and Dan remember their six-year Airman through photos.

“It’s like you are losing a little part of Camden," Cheri says.

“I’m pretty brokenhearted," Wetzel says. “[The AirForce] was just the most wonderful thing he’s ever done. He was so proud. The only thing that made him more proud was his little girl.”

Camden's daughter is now 8 years old, born around the time Camden first was diagnosed with cancer.

Sadly, he passed away after a two year battle.

To Wetzel, it’s a pain that won’t go away.

“We were super close," Wetzel says. "We were only about a year and a half apart, so he was basically my best friend growing up my whole life. I have very few items of my brother’s so to have those taken away just kind of hurts.”

One of those items includes a sweater with a story of its own.

“Cam was a die-hard bears fan all the time, no matter what, win or lose," Wetzel says. "He wore it just about every game day, you know, the last couple of years that he was around and I was fortunate enough. My parents were able to help get it and recover it and they knew it was something that I would love.”

Now only the memories remain, including when Kali got Camden out on Soldier Field.

And of course, he went in uniform.

“His dream was always to go to Soldier Field and he had never made it there so I figured out a way to help get him there and get him on the field and be able to experience a real Bear’s game before he passed away," Wetzel says. "It just hurts. It just hurts to know it’s out there and it’s a very special item to me and no one will ever understand what they took away.”

A father, a brother, a son, a patriot and a warrior...

Now the Wubs just hope that someone hears their pleas.

“They stole these items and they might just be thrown away," Cheri says. "They might end up in a pawn shop. They might be dumped on the side of the road so something that’s so precious to us is just going to be dumped as trash.”

Gallatin County Sheriff’s detectives say they are looking into this case and it is not connected to the case we reported last week where many stolen items were found in another storage unit facility.

If you have any clues or information that could help locate the items and return to the family, either call the Gallatin County Sheriff's Office at (406) 582-2100 or email Cheri Wubs at cheri@clearviewwest.com.

Below is a list of the items taken from the Wubs family:

- Military uniforms-camo like top and bottoms with AirForce patch on the upper arm. Some have a name label on front “Wubs”