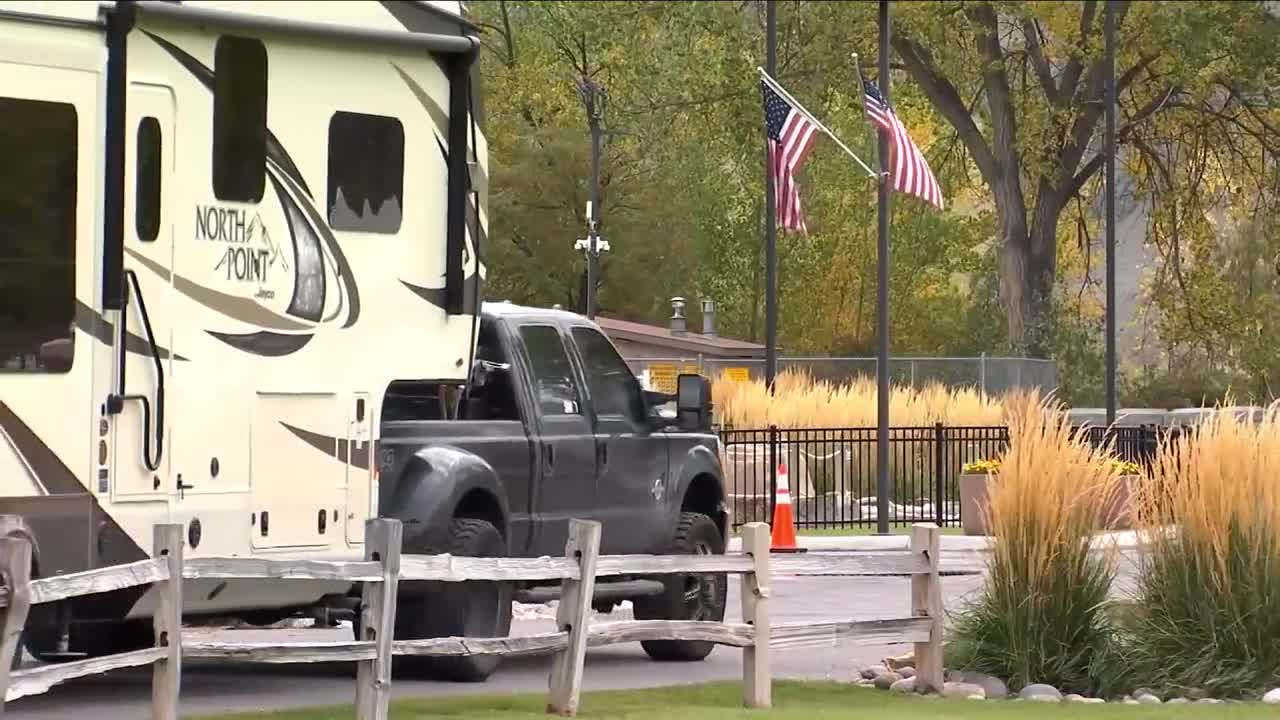 It's all the buzz on Wall Street these days: Business is booming in the world of camping.

As RV sales hit a four-decade high, the favorite leisure activity during this pandemic is camping, and there's a big reason why.

"They're looking at it as the safest way to travel," said Toby O'Rourke, president and CEO of Billings-based Kampgrounds of America. "That's what we saw happen this summer. People were getting outdoors, getting some form of normalcy by taking a vacation, and they were doing that by camping."

When COVID-19 took hold across America last spring, business at KOA's 515 campgrounds across the United States and Canada ground to a halt. Cancellations in March and April topped 44,000. Today, KOAs bottom line is on the rebound in a big way, climbing within 10 percent of last year's record numbers.

"I think we're going to be right back to record levels as we head into next year," said O'Rourke. "Last year, we had to be shut down during the spring, but the summer was so healthy. Add a positive spring on top of that, I think we'll have a record year."

"This past summer, one quarter of all people who camped, camped for the first time," said O'Rourke. "They had never camped before. These were new campers, they're largely millenial, and they have families, 80 percent of those were families. It's a good family activity, and once they start, they're going to keep going."

That same research also shows people are taking trips closer to home than usual. Plus they're no longer tied to school or an office.

"Another trend we're seeing is people are working remotely. They're not in their offices as usual, so they are going on the road," O'Rourke said. "Whether they are taking their families with them and doing remote learning, or they're working themselves from the road, they're taking the country by storm."

Still, there are a few speed bumps ahead. The closed U.S.-Canadian border poses a big hurdle for snowbirds, people who travel south from Canada each winter.

"Unless COVID numbers greatly improve, we expect to see that border closure extended, possibly into the new year," said O'Rourke. "If that's the case, it will have a big impact on our snowbird business as well."

For families with teenagers, the Camping Survey also contained good news. Teens not only said they love to camp, 90 percent said they would still go camping, even if meant no technology. Just in case, however, almost all KOA campgrounds offer free Wi-Fi.

On the downside, O'Rourke acknowledged that 2020 has been a difficult year at KOA. From staffing challenges, to the financial strain of the COVID-19 shutdown, to social unrest across the country, it's been anything but easy.

"There were a lot of people out of work, and then they weren't as apt to go back to work, or they were looking for other alternatives. So staffing challenges have been hard," sais O'Rourke. "It's been a tough year for the county, and then you layer in social unrest that swept the nation, it just makes customer service industries a very high-stress situation."