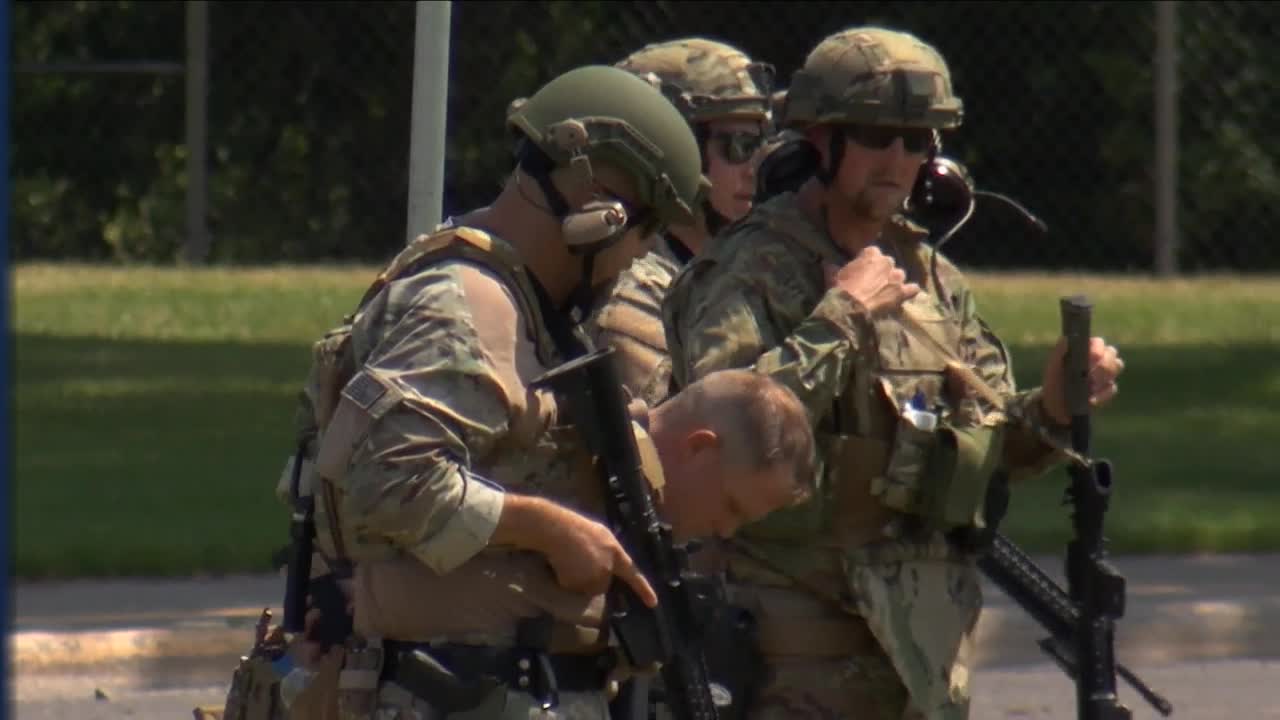 Suspect arrested after manhunt in Billings 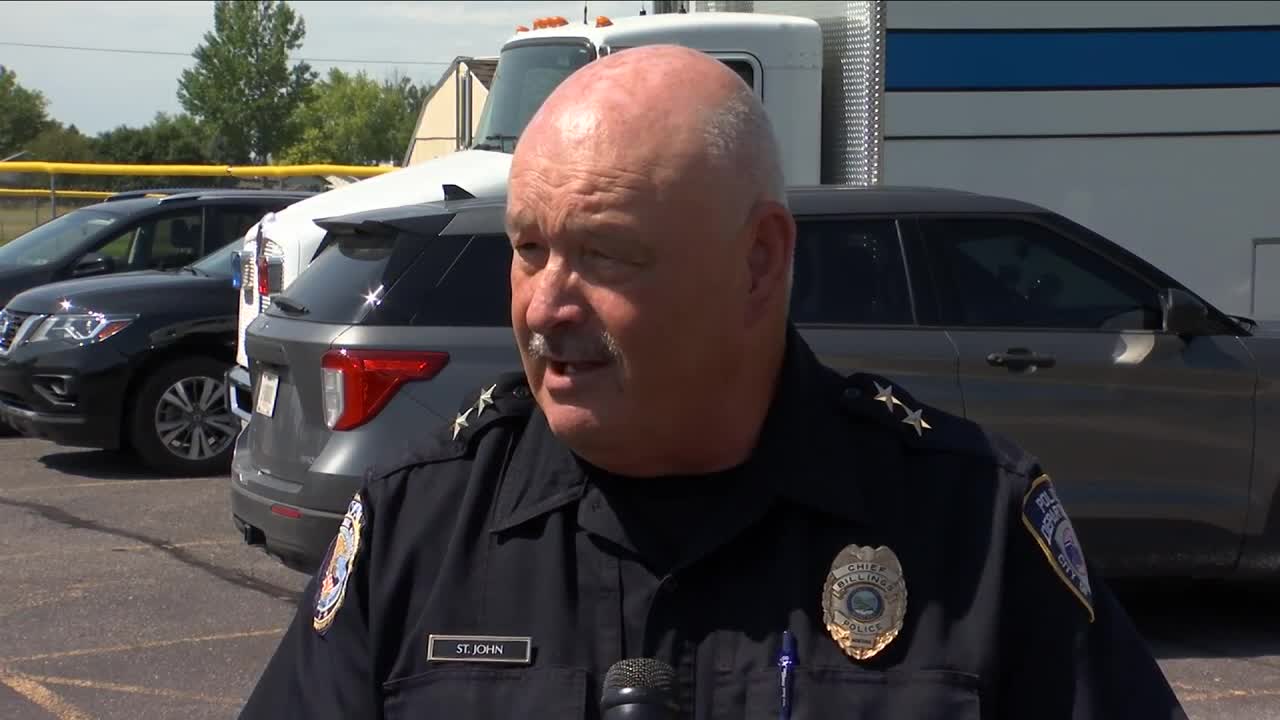 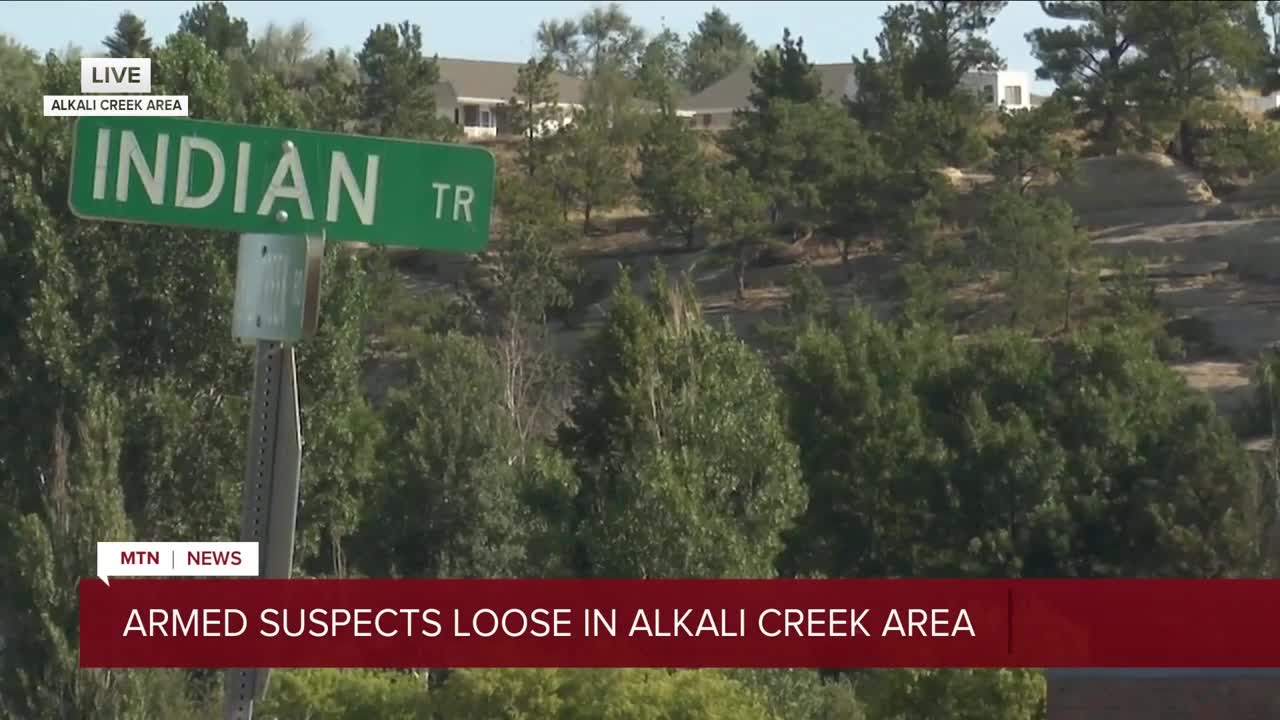 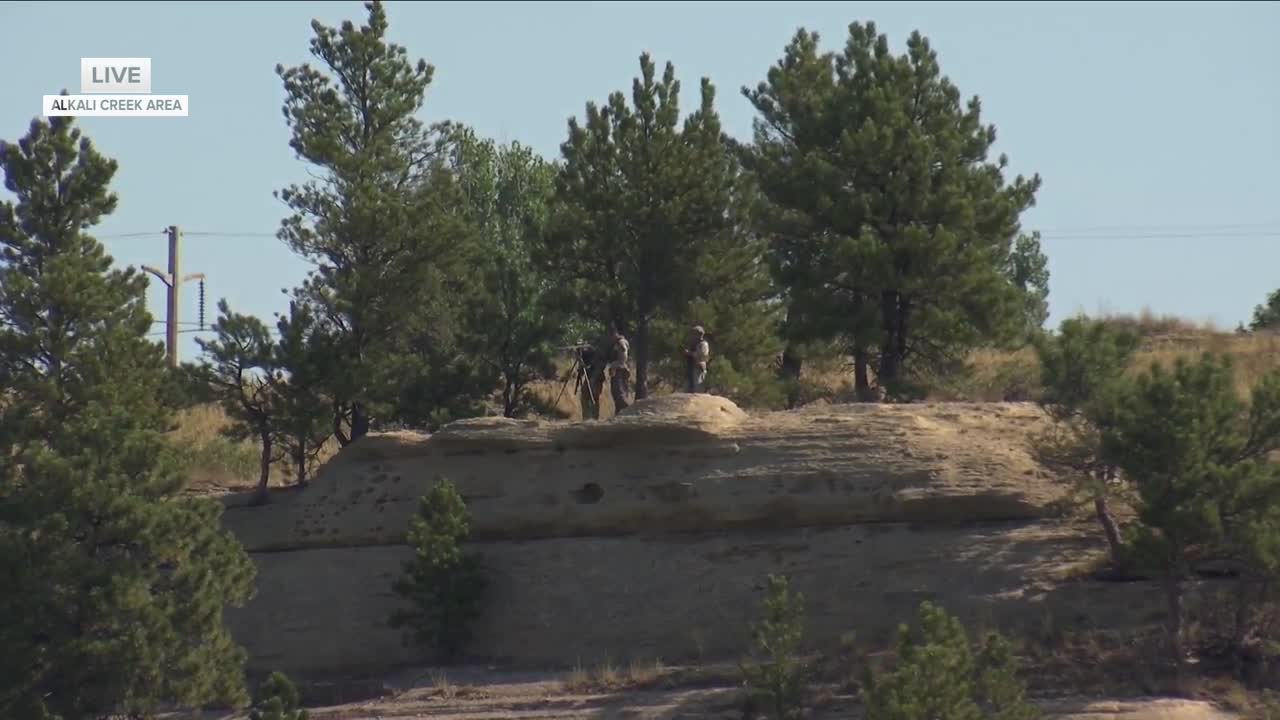 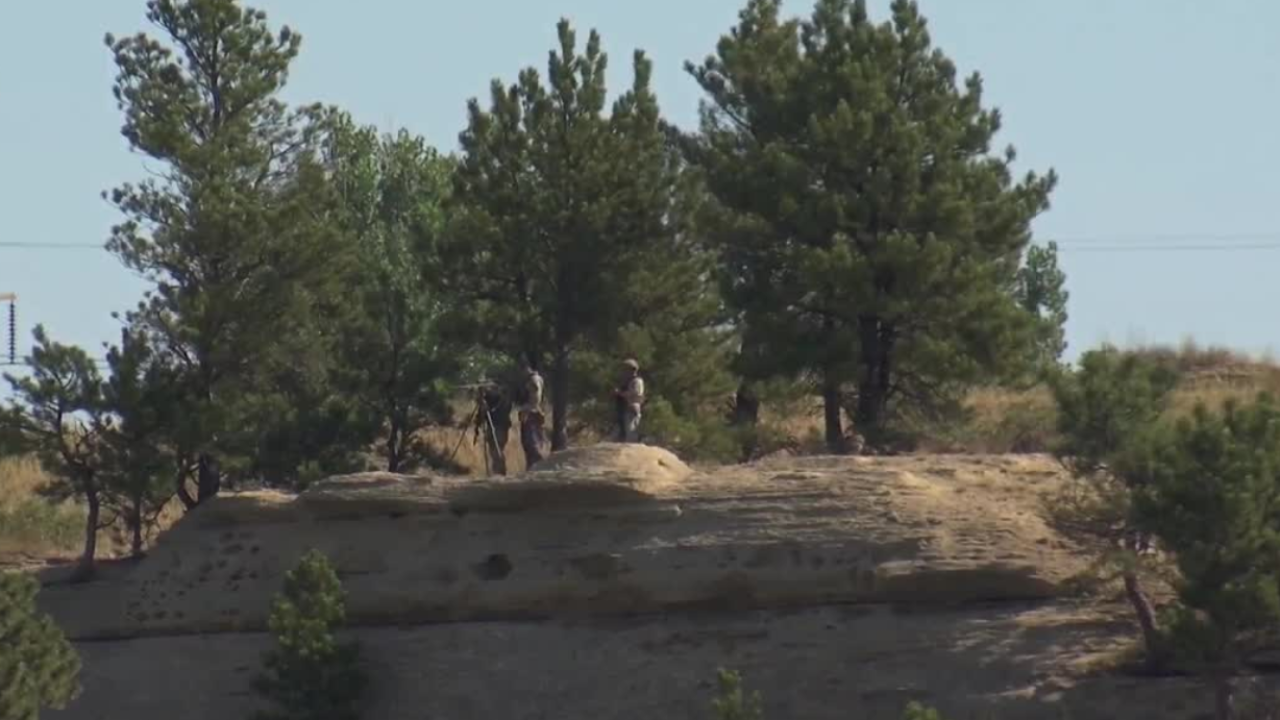 Update 5:10 p.m. Authorities have arrested one of the two suspects in the area of Alkali Creek and Tumbleweed, and the other man remains at large, according to authorities.

Police said they received a call from neighbors that a man had emerged from the trees near Tumbleweed Drive from near the previous search area from police. Though the search for the two men had previously been called off, officers had not left the area. Billings police, Montana Highway Patrol troopers and the Yellowstone County Sheriff’s Office were all patrolling nearby and able to take the call when it came in.

Shortly after 5 p.m., the man who had emerged from the trees, a Native American male meeting the description of one of the suspects, was arrested at 560 Tumbleweed Dr. on an outstanding warrant for a probation violation.

Sheriff Mike Linder confirmed this was one of the two men, but that the other suspect, a white male, remains at large.

Linder said authorities believe this person could be in a stolen white Ford truck that was taken this morning near Cline Road in Billings. The truck is a 2016 Ford one ton pickup, with a black grill guard on the front, four doors, a bail handler in the flat bed and Billings plates. Anyone with information about this truck or these suspects is asked to call authorities.

The suspect was just arrested by police in the area of Alkali Creek and Tumbleweed. Please direct any media follow up to YCSO. - LT Wooley. https://t.co/b8U8H1X2ix

Yellowstone County Sheriff Mike Linder said the vehicle is a 2016 Ford one-ton pickup, with a black grill guard on the front, four doors, a bail handler in the flat bed and Yellowstone County plates. It was reported stolen on Cline Road north of Billings.

In addition, one person was injured, possibly from a gunshot, in Shepherd after chasing the two suspects after they stole his property, Linder said. (Update: In a news release later Thursday afternoon, Linder confirmed the man was shot and suffered a non-life-threatening gun shot wound.)

The two suspects, both male, one thought to be Caucasian and other thought to be Native American, are presumed to be armed and dangerous, Billings Police Chief Rich St. John said at a news conference Thursday afternoon.

The manhunt started in Shepherd early in the morning, when a property owner interrupted a robbery of his truck's loading ramp. The ramp owner chased off the two men, who opened fire on him with a rifle, Linder said. Linder told Q2 Thursday afternoon that he is not sure the extent of the property owner's wounds, but that the man was injured while giving chase.

The Yellowstone County Sheriff’s Office began to pursue the two men and followed them into Billings city limits, where Billings police joined the hunt.

The two suspects made their way into the neighborhood along Alkali Creek near the Heights after 9:30 a.m. St. John said he thinks the two were unfamiliar with the area because they turned down a dead-end street near the base of the Rims. Realizing they could go no further in their vehicle, they abandoned it and set off on foot near the wooded and rocky area near Alkali Creek Elementary School.

Both St. John and Linder have said that multiple departments including SWAT, Montana Highway Patrol and even the US Marshals have all been aiding in the search throughout the day.
Shortly after 12:15, the search in the Alkali Creek area was called off. Linder said that they did a thorough sweep of the area and they are fairly confident, given the terrain, that if the suspects were still there, they would have been found.

No word yet as to where these two men are as of 3 p.m., but authorities are now casting a wider search net. Anyone with information about this truck or these suspects is asked to call authorities.
This is a developing story.

12:25 p.m. Update: Billings police said they have suspended the search for the gunmen.

Law Enforcement search operations have concluded. A safety sweep of the area was completed without locating the suspects. There we no injuries to Law Enforcement during the search. Anyone with additional information is asked to contact dispatch. -LT Wooley https://t.co/2FFDqlptDW

11:25 a.m. Update: Police continue to search for two gunmen in the Heights.

Law enforcement was still set up on the west face of the Rimrocks above Alkali Creek School. About 10:45 a.m. a group of Yellowstone County Sheriff's Office SWAT members headed on foot into the creek area east of the school.

Police have not provided a description of the suspects.

9:30 a.m. UPDATE: Police are asking residents in the area to lock their doors and shelter inside.

BILLINGS - Billings police are searching for two armed gunmen in the Heights.

Police posted on Twitter shortly before 9 a.m. that there is heavy police presence in the area of Alkali Creek and Sahara.

Tactical teams were responding to the area.

This is a developing story. Check back for updates.