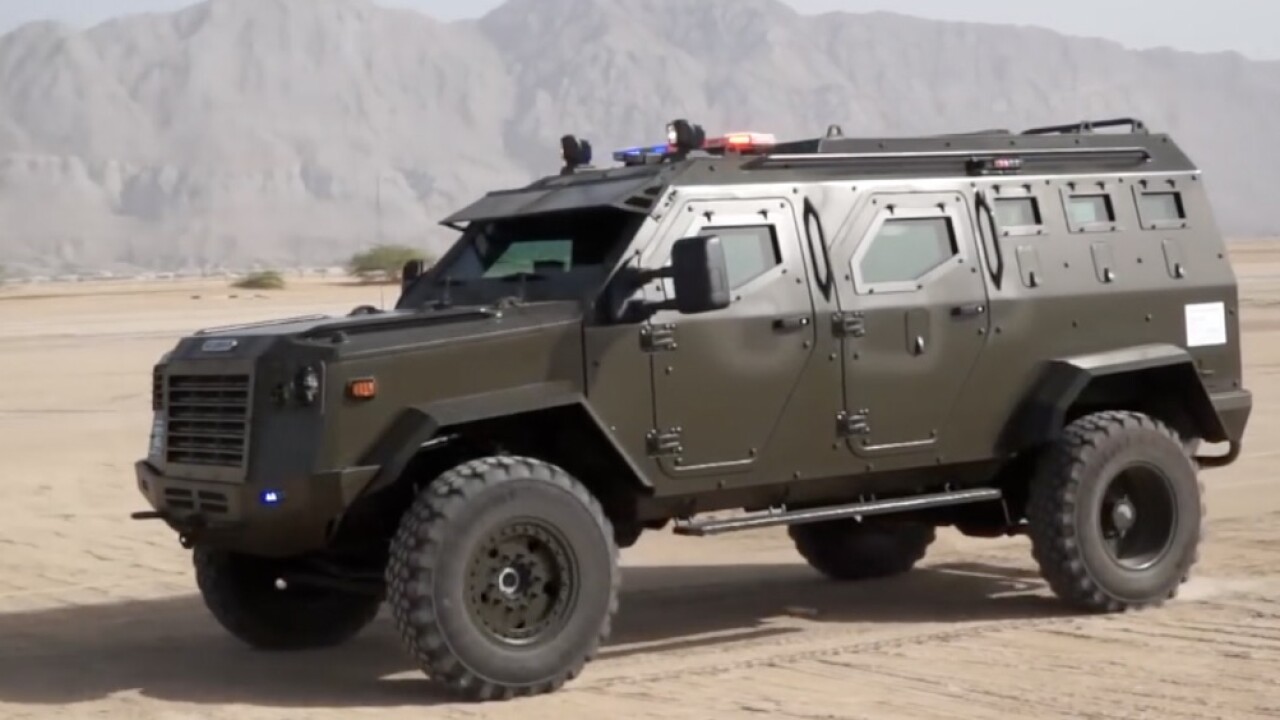 BUTTE - Police received federal funding to add an armored vehicle to its fleet.

“It can resist bullet impacts or explosive situations if there were an explosion,” said Butte Sheriff Ed Lester.

Police could use the vehicle in situations like the standoff in January at the Butte bus transfer station where an armed man claiming to have a bomb holed up with a hostage on a bus.

“They approached that vehicle or that bus a number of times with really minimal protection. If we had this vehicle we could have approached the vehicle,” said Lester.

There’s been concern in some communities across the country about the militarization of police, but the sheriff assures the public that this vehicle will be a tool of protection and not aggression.

“It is a relatively aggressive looking vehicle. There’s no weaponry mounted on this vehicle; it’s a defensive piece of equipment so we can get officers and civilians into and out of areas where there’s a threat,” the sheriff said.

The Butte Council of Commissioner will view bids for the new armored vehicle and decide on one at a later date.