Butte releases consent decree on Superfund cleanup to the public 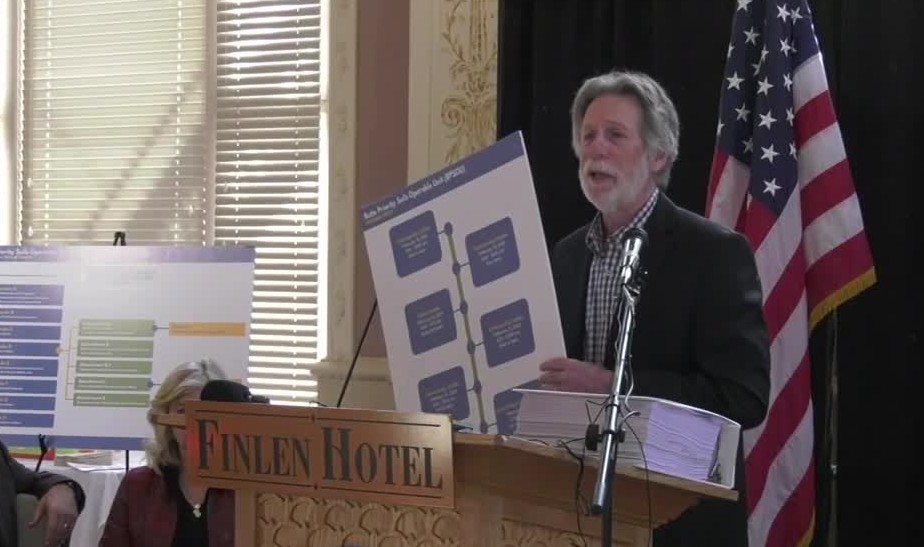 Butte has waited 30 years to see the plan to clean up more than a centuries worth of mine waste.

BUTTE — Butte has waited 30 years to see the plan to clean up more than a centuries worth of mine waste.

“Here it is, this is the document in all of its splendor,” said Butte Superfund Coordinator Jon Sesso.

The massive consent decree was revealed during a conference at the Finlen Hotel which will outline the cleanup and remediation work and eventual end Butte’s status as a Superfund site.

“It’s been a very long road for our community, but we’re finally at the point where we see light at the end of the tunnel,” said Palmer.

A $1 million trust fund has also been set up to restore the first mile of Silver Bow Creek.

Looking forward to some light reading? Well, here’s the consent decree. This is 30 years of negotiations and this may be an historic day in Butte, but it’s not the of the story, there’s still plenty more to go, and community leaders say it’s up the public to get out and digest and learn as much about this document as possible.

“Please try to attend one of those listening session that are going to be public. Be there and voice your concerns for this community,” said Restore Our Creek member Sister Mary Jo McDonald.