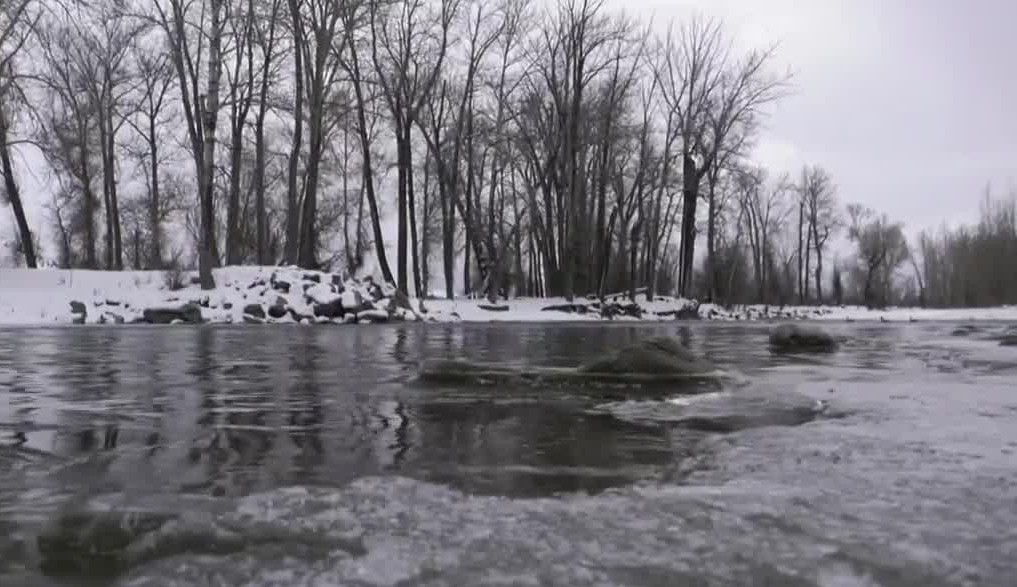 A dilemma stirs around the Gallatin River when it comes to the future of a possible ‘glamping getaway’ and those living nearby.

A dilemma stirs around the Gallatin River when it comes to the future of a possible ‘glamping getaway’ and those living nearby.

It started last year, when Jeff Pfeil and his wife began working to get the permits for a new hybrid camping destination they’ve dubbed the “Riverbend Glamping Getaway.”

It’s on their property but those living immediately next to say they are concerned for the Gallatin River’s health.

The site calls for the utility work of a subdivision under the river.

“This is taking us totally by surprise that someone would want to do this,” says Peggy Lehmann.

Peggy Lehmann and her husband, Gordon, have called a large area along the Gallatin River near Gallatin Gateway “a nature preserve” for decades.

They’ve also called it their home.

“It goes all the way to the road and we’re his only neighboring, surrounding landowner,” Lehmann says. “The use of this property is wildlife preserve for the river. We have a conservation easement put across the river there, several downstream and the land use in this area is very much pro-river, pro-natural and let’s keep it that way.”

But on the northeast section of their property, a line has been drawn of barb wire.

“We first got wind of it in April and got a notice as landowner that he wanted to dig a pond to improve his stock pond,” Lehmann says. “He had to map everything he’s done.”

An idea that grew.

According to the Gallatin County Planning Department, project owners Jeff and Jirina Pfeil applied for a floodplain permit to start turning the chunk of land into a “glampground,” or “glamour” mixed with “camping.”

To Lehmann and neighbor Dick Shockley, that means wastewater services and a natural gas pipe under the Gallatin.

“This is the river migration channel,” Lehmann says. “This is where the river wants to breathe, back and forth. It’s recognized by scientists.”

“The overwhelming number of people in this area who are voicing their concern is just impressive,” Shockley says. “There’s people there that come here and fish this or hike or camp or hunt or whatever and say, ‘My, God, I wish my state would have protected what we had. It’s screwed up now.”

“The view of our sewer and water services is no different than a full-scale subdivision,” Pheil says. “We entered into this journey 17 months ago.”

But the contention, Pheil says he didn’t expect.

“We just feel very proud that we are bringing something to the community that is extremely low impact that emphasizes on conservation,” Pheil says. “I have gone through significantly higher costs associated with developing a site plan because every time we finished our site plan, I made our engineers stake it out and every time, they took out a tree or something where there was a tree, I made them move it.”

Pfeil says he’s worked with the DEQ and the Gallatin County Planning Department, along with NorthWestern Energy and is still working to get all of the necessary environmental permits.

“I respect everybody that is opposed to this,” Pheil says. “The concern they have is the preservation of the environment, which I also love and cherish.

But for Lehmann and Shockley, they want the public to listen and speak up.

Lehmann, Shockley and Pheil each say a violation did result due to a small stream that runs through Pheil’s property.

Shockley adds he doesn’t necessarily want Pheil’s project to come to an end, just keep conservation at the forefront.

“He has property rights and I would like to see him be able to develop a modest, little camp facility for fishermen and so forth but not 57 units,” Shockley says. “In [the permit], it talks about removing 70 years of sediment. Well, when I read that and I look at that pile, it’s not sediment. It’s rocks, topsoil, new excavation.”

“We should be increasing that protection, not shrinking it,” Lehmann says. “We just want to do what’s right here for the river.”

The Gallatin County Planning Department is accepting public comments and concerns on both of Pfeil’s permits until next Tuesday, Feb. 18.