Down to Earth: Space explorations and everyday Montanans 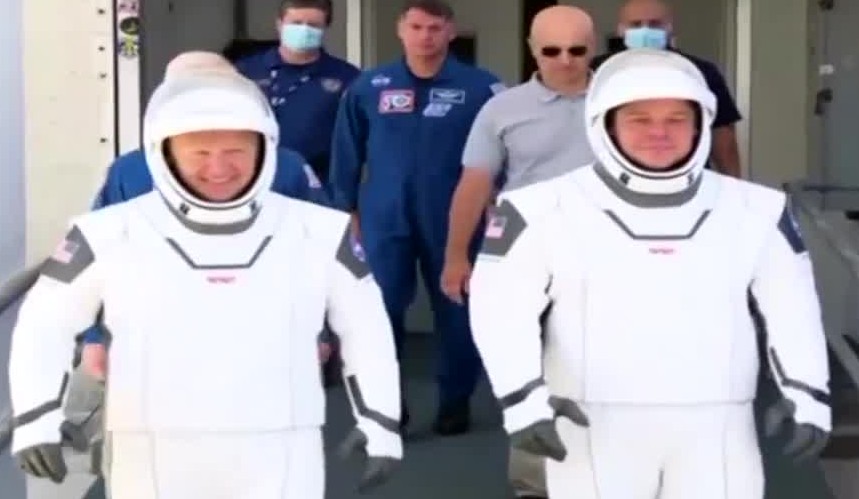 SpaceX was set Wednesday to send people into space in a U.S.-built rocket for the first time in 9 years. Then the launch was called off due to poor weather conditions.

SpaceX was set Wednesday to send people into space in a U.S.-built rocket for the first time in 9 years. Then the launch was called off due to poor weather conditions.

“It would have been the first time a private company sent humans into space, and even if you’re not really interested in the launch itself, it still can affect you.

Advances in space research have affected every single person in the U.S.

“The exploration into space has caused so many technological advances,” explained Tim Schober with the Montana Science Center .

“Velcro, microwave ovens, new materials, composite fibers, carbon composite fibers, new alloys of metal. They’ve all come from the space program because they needed to achieve certain things that were beyond what was available currently. They had to invent new stuff,” Schober said.

New things which we use everyday.

“Those new inventions trickle down to things that can be used for us. How many things around your world do you have velcro? Well, that was invented for the space program because in zero gravity, you can’t just put something on the table. It floats away. You need to attach it somehow,” he explained.

And to further break down its importance, this was done by a privately-owned company.

“It is not a government entity. That’s part of the reason why this is such a big deal. It’s not NASA sending this up. NASA helped a whole lot, but SpaceX the company, owned by Eli Musk, is the one who's sending these astronauts up into space now,” he explained.

According to NASA, the next opportunity for launch will be May 30.