Dying man surprised by special graduation for his son 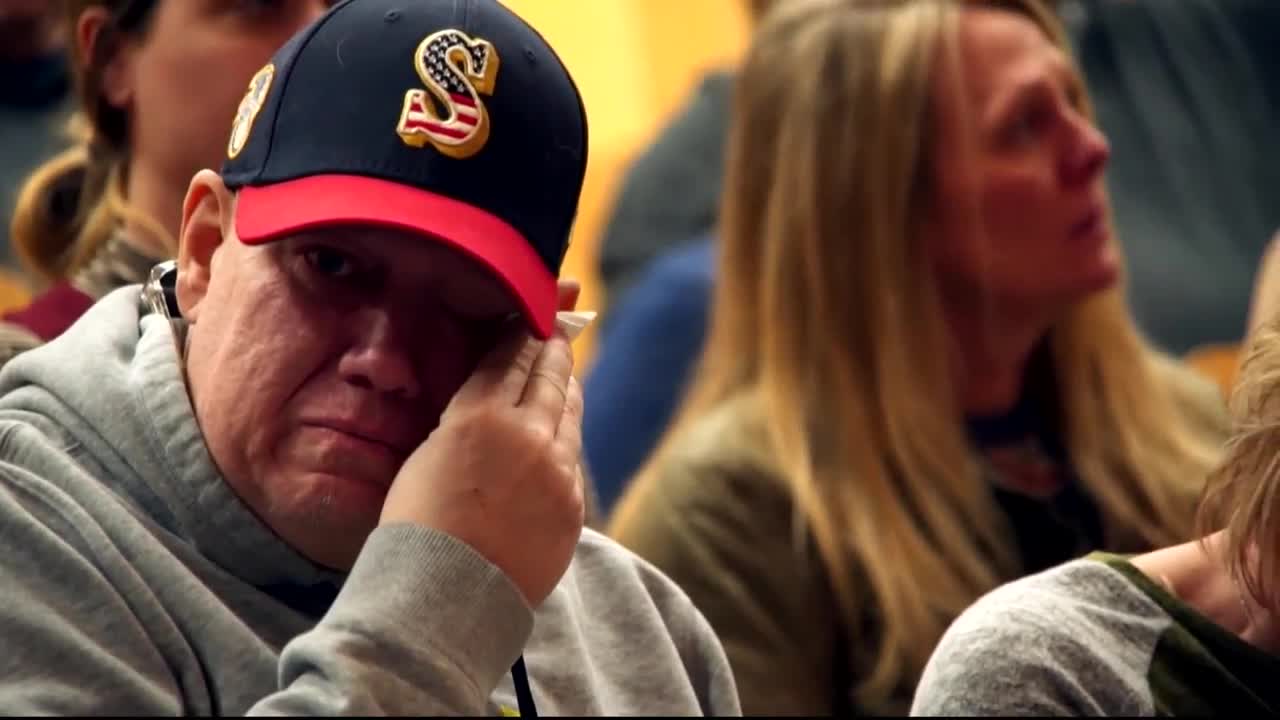 Billings, Montana — John Raines, 49, is living on borrowed time. He has terminal brain cancer and doctors told him a year and a half ago that he had about a year left to live.

He keeps going, he said, because of his son Blake.

"He was five months premature when he was born," John said of Blake. "They didn't know if he was going to even breathe. He's been special his whole life."

Blake, who is John's only son, goes to Billings West High School in Billings, Montana. He's a senior – which is why John wanted to make it to May, at least.

"So I can see my kid graduate," he said. "What parent doesn't want to see it."

Pam Rudolph, Blake's mom and John's ex-wife, said there was no guarantee he'd live that long.

"That's when I realized, we have to do something," Rudolph said.

Rudolph reached out to the principal at Billings West to arrange a surprise for her ex-husband. She made up an excuse to lure him to the school and into the auditorium.

"He didn't have any idea the band would be playing and this was really happening just for him and for Blake," she said.

It was a graduation of one, staged for this audience of one.

"I started thinking about everything. How much time I had. What I could do. I'm just going to spend as much time with him as I can," Blake said.

Blake will still have to finish out the school year. But the milestone has now been marked, and the memory sealed.

"When I got my diploma, and I went down and hugged him, just felt so good. It's probably the best hug he's ever given me," he said.

John described the graduation as the "best day of my life."

Click here to see this story that first aired on Q2.