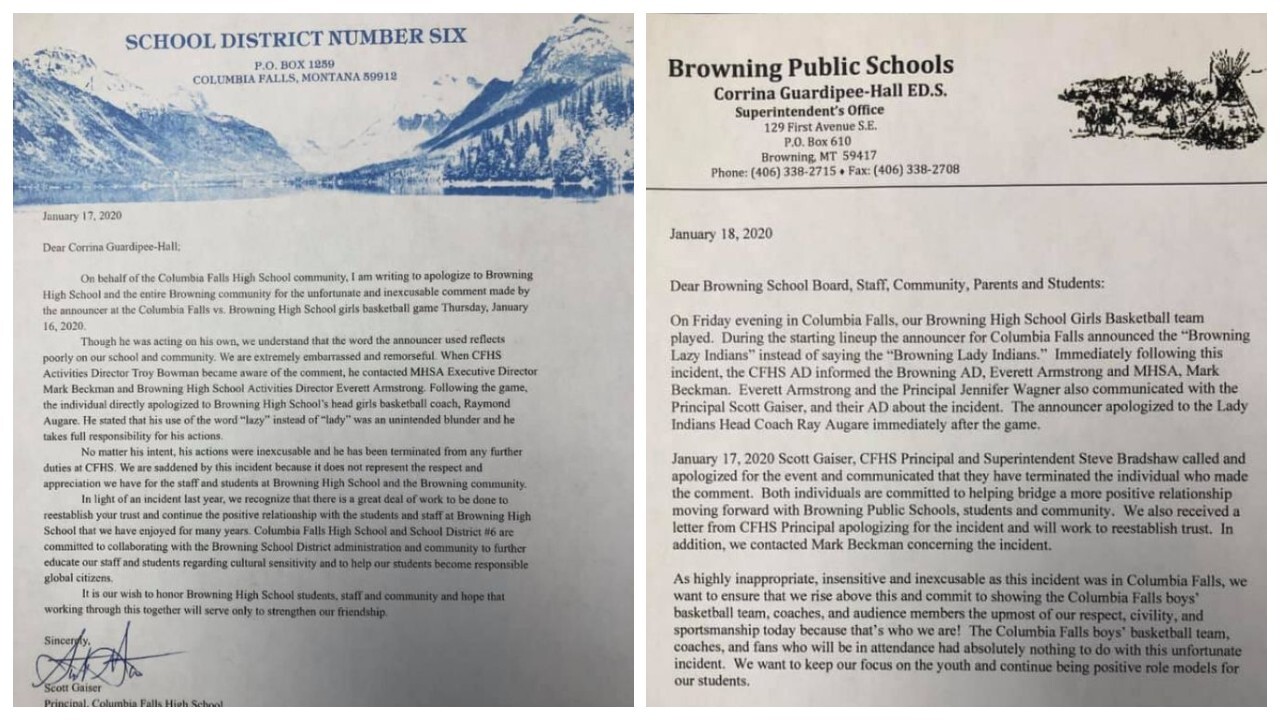 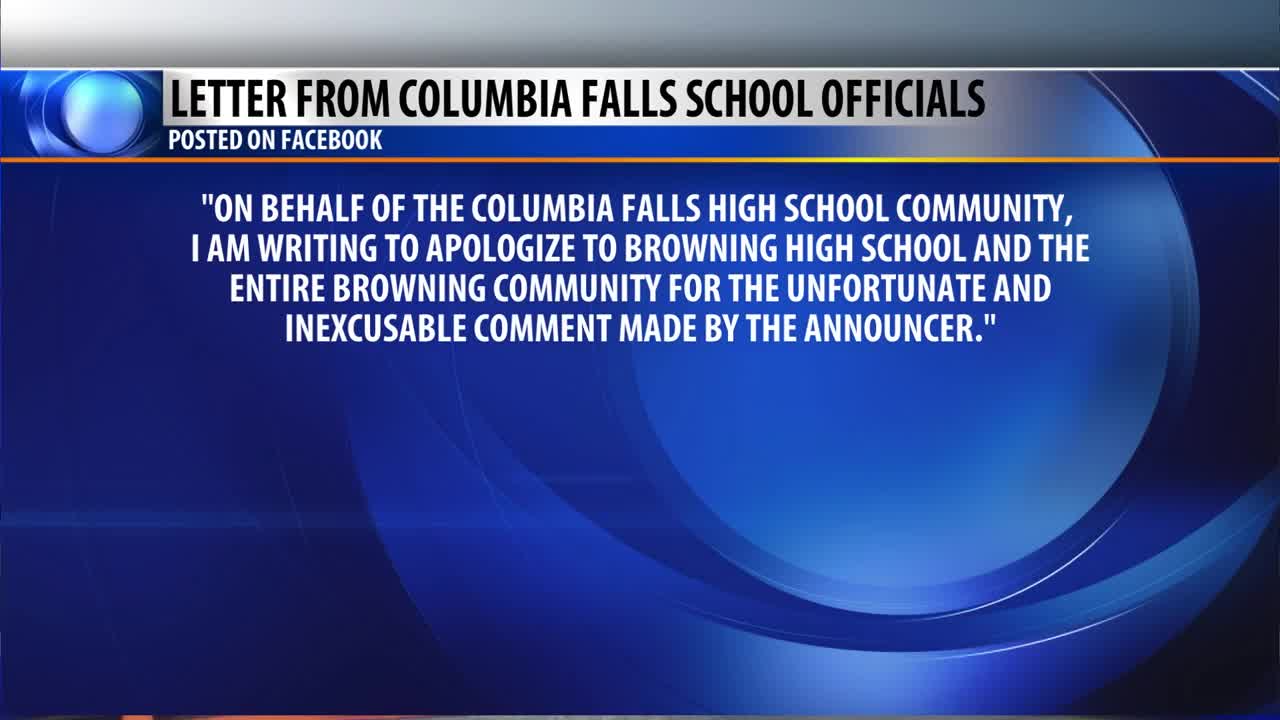 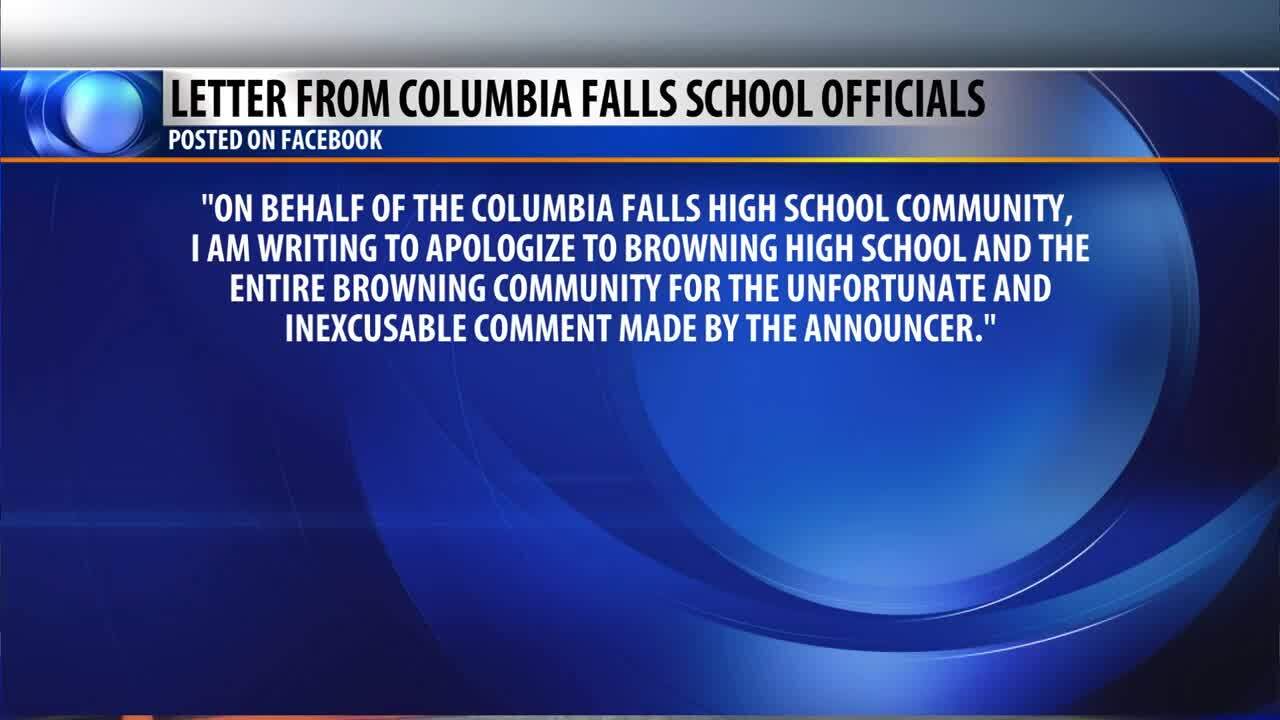 The Browning and Columbia Falls school districts have issued statements following an incident that happened at a basketball game this past week.

A letter states that at the game in Columbia Falls on Thursday, the announcer introduced the Lady Indians as the "Lazy Indians." The letter from Columbia Falls High School Principal Jennifer Wagner and Activities Director, Everett Armstrong, calls the comment "inexcusable."

The letter further states that the announcer did apologize to Browning's head coach following the game and claimed the comment had been an "unintentional blunder." The announcer was subsequently was fired.

Browning school officials told parents and students in a letter following the incident that it was imperative to treat each other with civility, respect, and practice good sportsmanship.

This isn't the first time a letter like this one has been issued by the Columbia Falls School officials.

According to a statement released by a former Columbia Falls school principal, a parent of a Columbia Falls basketball player was spotted holding a sign with the letters “F-T-I” written on it at a game against Browning in February of 2019 .

Some interpreted that as a racist remark towards Native Americans.