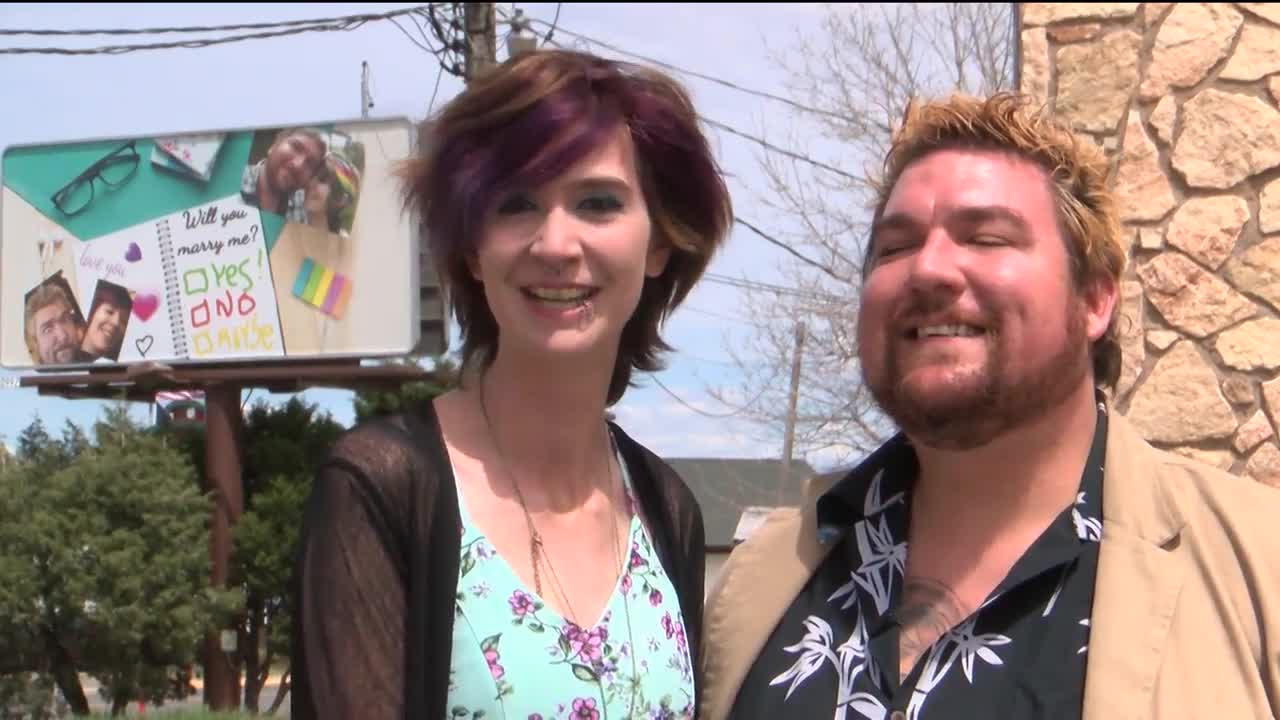 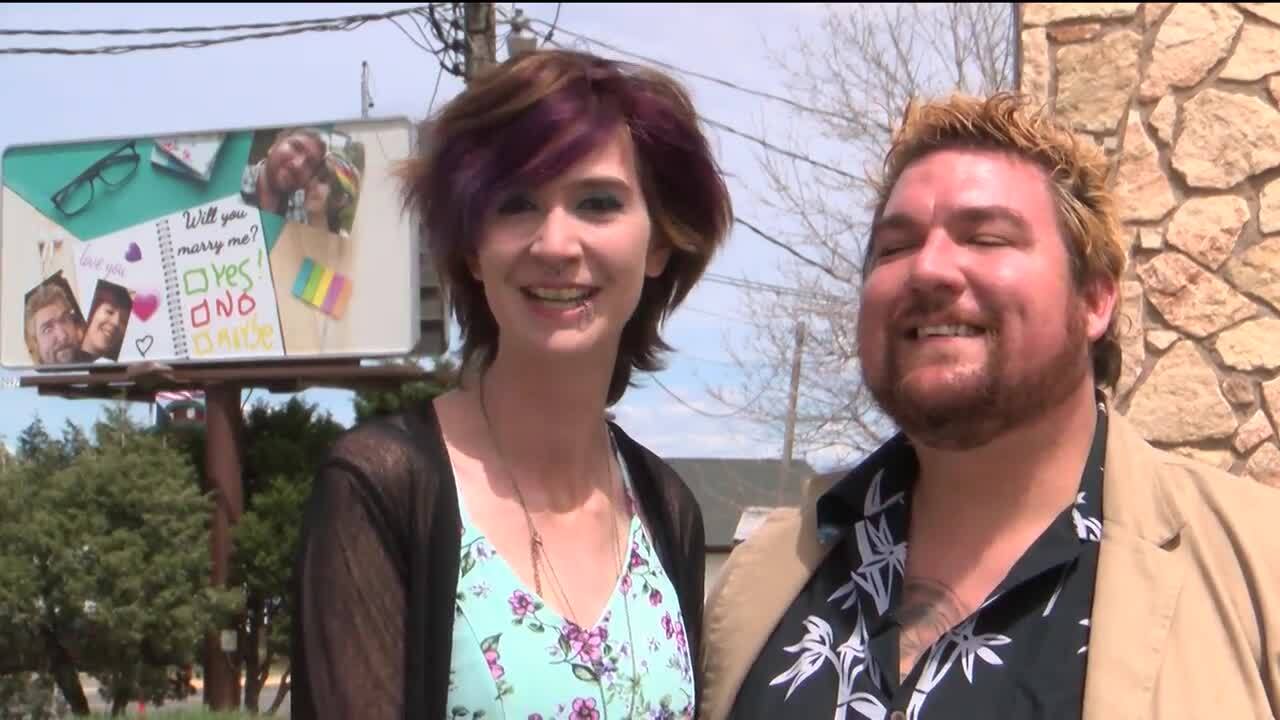 For most couples, a marriage proposal involves lots of love and something sparkly.

But for one Helena couple, getting engaged also included something big, dozens of feet in the air on East Lyndale Avenue.

When Jared Jacobs decided he was going to propose to his girlfriend Samantha Bunker, he knew he had to do something dramatic.

“It’s a grand romantic gesture, and I’m a fan of those,” Jacobs said.

So he rented a billboard near Bullman’s Pizza, used a graphic his friend created, and popped the question earlier this month, in an attention-grabbing way.

Look up when you drive by, and you’ll likely notice the colorful design, and the question it poses: Will you marry me?

The billboard has three options: yes, no, or maybe. Of course, Bunker said yes.

While she was apprehensive of the billboard, because she tends to be shy, Bunker said she appreciates her now-fiance’s gesture.

Jacobs said renting the billboard for a month was worth the cost.

The couple plans to tie the knot in two years, once Jacobs graduates with his degree in social work.

For now, their future is off to an exciting start.

“She has a wonderful personality, and she’s like me if I was a girl,” Jacobs said. “That’s really cool.”

“And pretty much the same with him, if I was a guy,” Bunker said.