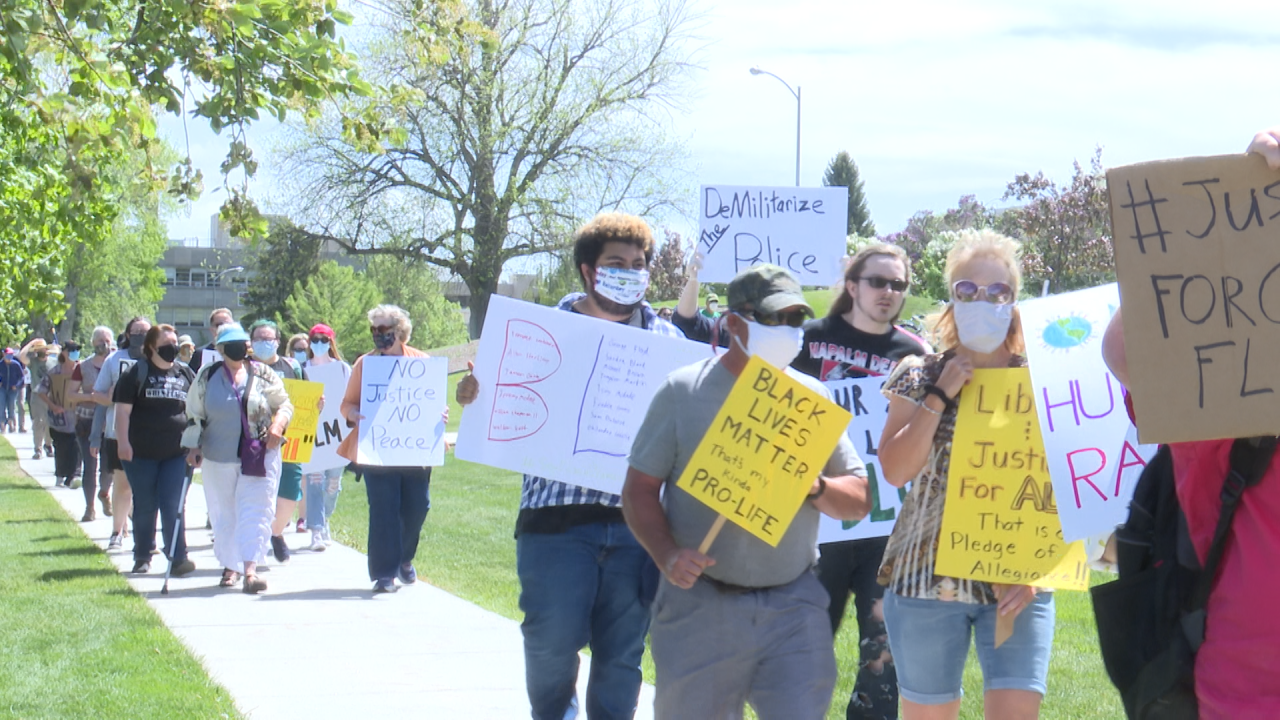 Organizers estimate close to 100 protesters arrived on the sidewalks of the Capitol building. Many more drove by the scene honking their cars in support of the protest.

This protest is in response to the death of George Floyd in Minnesota and part of a nationwide Black Lives Matter movement.

“This protest is symbolic, it's not enough. It's really sending a message to my African American friends in St. Louis, to people across the country that people in Helena, Montana also believe that Black Lives Matter. It's not the answer to the problem but it's important to stand in solidarity," says Martha Kohl, a protester.

The Chief of Helena Police said no warnings nor arrests were made at the protest.