There is an open letter to thank grocery store workers

Almost 200 signatures have been gathered. 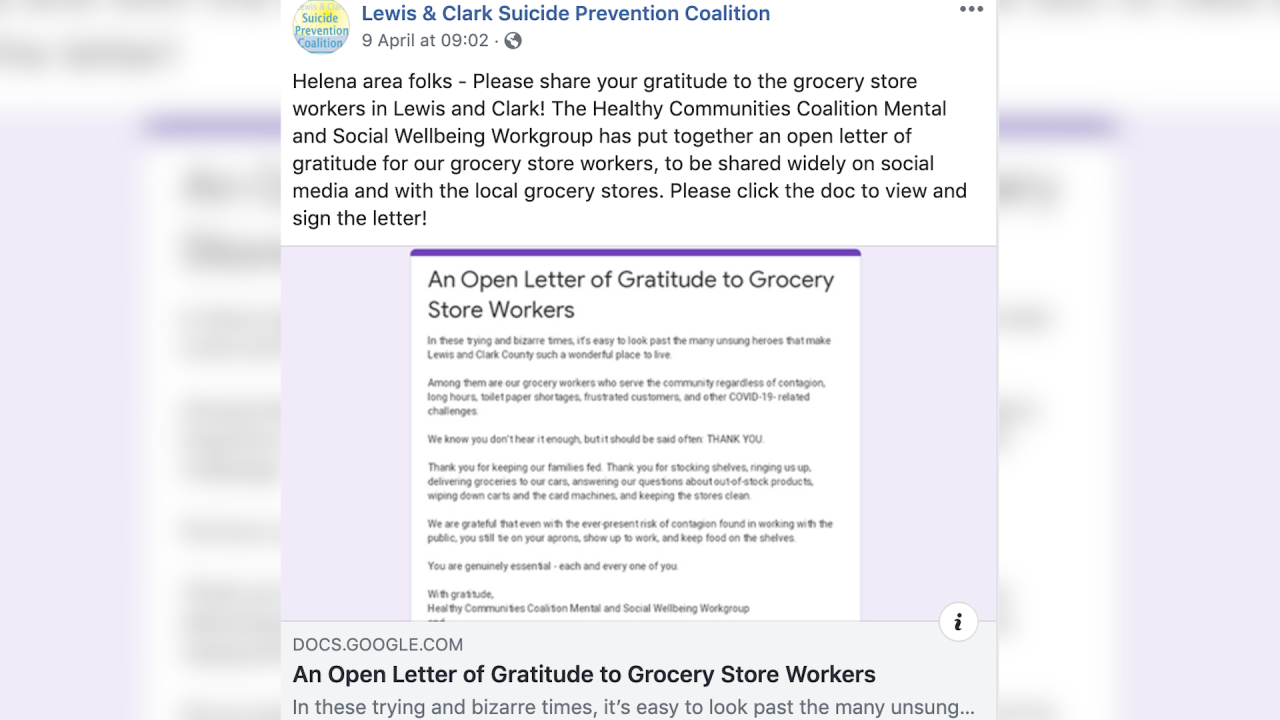 There is an open letter for anyone to sign and thank grocery store workers.

The Helping Communities Coalition Mental and Social Well Being Work group created this open letter to recognize grocery store workers for their efforts during the pandemic.

The coalition is led by Lewis and Clark Public Health with other agencies involved to promote well-being in the community through motivation and other things. According to the work group, the letter was released Thursday, April 9th, and by Friday afternoon, April 10th, almost 200 signatures were gathered. Physical copies of the letter are being sent out to grocery stores.

“I mean, they are out there, you know, basically putting themselves at risk so we all can keep our families fed and I hope they just know how much that we see that and that we recognize that and that we are so grateful,” says Julie Bir, a Connect Referral Coordinator with Lewis & Clark Public Health.