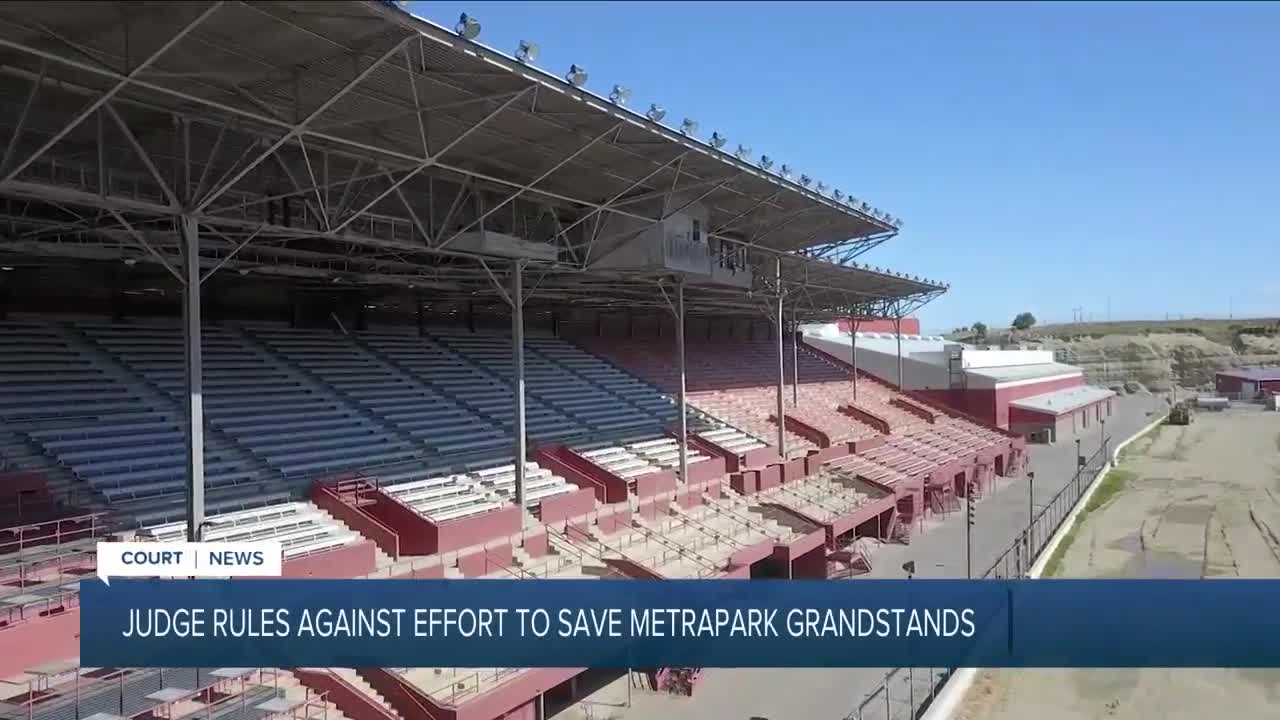 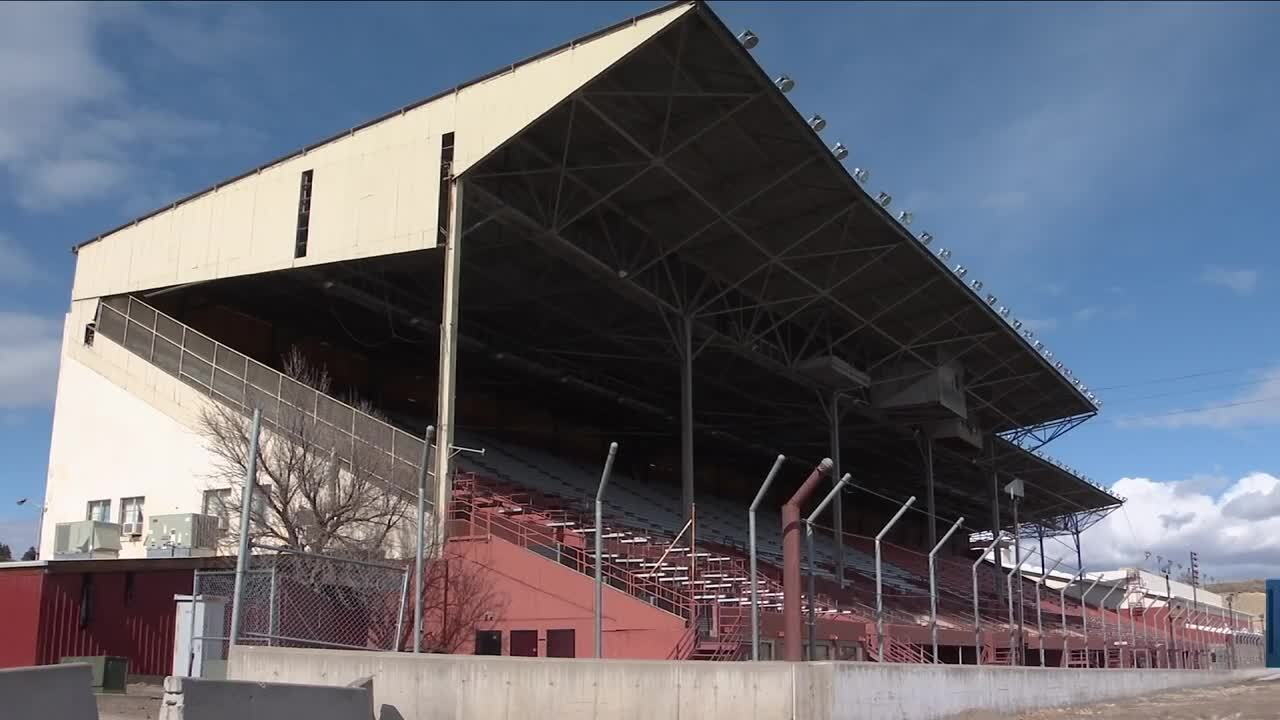 Update 5:20 p.m. Demolition of the 71-year-old grandstand at MetraPark will resume this week, after Yellowstone County District Judge Rod Souza denied a request for a preliminary injunction to stop the project.

In his ruling issued late Friday, Souza found that the Montana Racehorse Owners and Breeders Coaltion failed to present any evidence that it would suffer irreparable harm if the grandstand was torn down.

Instead, Souza wrote that the coalition's arguments are rooted in adverse impact to the community, and do not show that granting a preliminary injunction is warranted.

Souza's order also found that the coalition presented no facts that the county failed to follow all required legal processes and procedures.

"Injunctive relief cannot lie upon disagreement with governmental action," wrote Souza. “A preliminary injunction is an extraordinary remedy and should be granted with caution based in sound judicial discretion. If disagreeing with governmental action warranted injunctive relief, preliminary injunctions would be an ordinary remedy."

Souza also found the timing of the coaliton's action failed to support its claim of irreparable harm.

Yellowstone County commissioners' unanimous decision to move forward to demolish the grandstand took place Feb. 25, while the coalition waited to apply for an injuntion until July 13, more than four months after the unanimous vote.

Yellowstone County Commission Chairman Denis Pitman told Q2 News Monday that he is pleased with Souza's comprehensive ruling, noting that the judge found that the commission followed all processes and procedures.

"A big part of the project has already been done," said Pitman. "This gives the contractor a couple of weeks before the start of MontanaFair to complete work needed to get the grandstand ready for demolition."

Pitman said much of the inside work, such as removing old windows and asbestos has already been accomplished. Once the fair concludes, the big part of the project such as removing the canopy over the grandstand will begin.

Dan Fuchs, president of the Montana Racehorse Owners and Breeders Coalition, said his group accomplished its goal of raising the level of awareness to the grandstand issue and the pending master plan for MetraPark.

"We knew it was a long shot from the beginning," said Fuchs. "Anyone familiar with horse racing knows long shots only come in once in awhile.

"This issue has helped unify our group," Fuchs said. "This is the time to step up and save our industry, and we're preparing legislation for Montana's 2021 session to do just that."

Fuchs' coalition is hoping to add Montana to a growing list of states that allow pari mutuel betting on historical horse racing. According to Fuchs, those states include Kentucky, Virginia, Oregon and Wyoming, and feature betting pools with huge payouts.

Fuchs also said some people in his organization are still moving forward to try to get the MetraPark grandstand added to the historical registry.

"If they can do that by the end of this week, before the demolition actually takes place, we still may be able to stop the project," said Fuchs.

While Fuchs said he is not involved in that effort, he said an internal group of six or seven Billings horse racing enthusiasts are still working to get the grandstand listed on the registry.

It's been nine years since horse racing took place at Yellowstone Downs at MetraPark.

Pitman said while some people's vision of the MetraPark master plan includes horse racing, he does not.

(original story) Yellowstone County District Judge Rod Souza has rejected an effort to stop the demolition of the old grandstands at MetraPark.

Two weeks ago, the Montana Racehorse Owners and Breeders Coalition filed for a preliminary injunction to stop the demolition project, citing irreparable harm if the grandstands were torn down.

In his ruling released Friday, Souza found the coalition failed to present any evidence of such harm, and presented no facts that the Yellowstone County failed to follow all required legal procedures.

Souza also wrote in his ruling that the timing of the coaliton's filing implied a "lack of urgency." The commission's decision to demolish the grandstands took place in late February, but the coalition waited four-and-a-half months to challenge the decision.

Souza's ruling apparently clears the way for the 71-year-old grandstands to be torn down.

Q2 has reached out to the racehorse owners and breeders and will update this story with any comment.

The group was hoping state and federal grants could be used to rebuild the grandstand and help re-establish horse racing in Billings after a nine year absence.