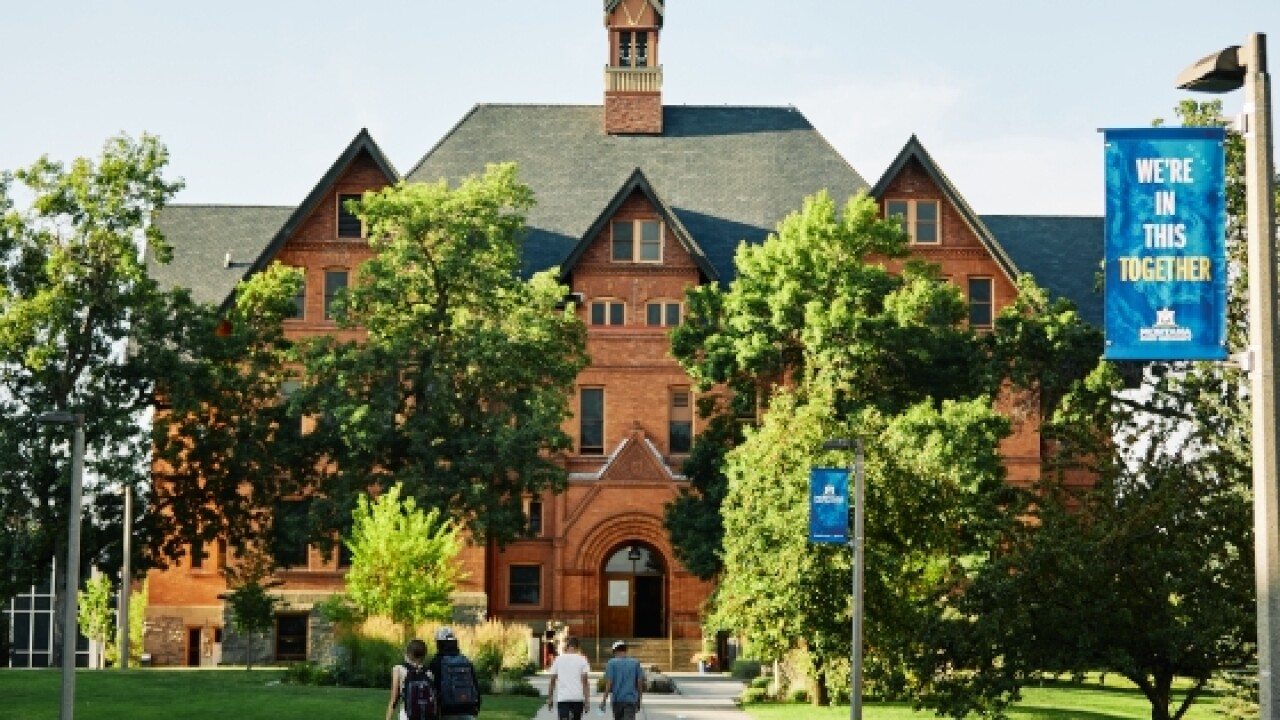 Students are seen on the campus of Montana State University on the first day of classes for fall 2020. Despite the changes the pandemic has brought to families’ planning and decisions regarding college, MSU reported strong enrollment numbers for fall and modern-era records in student retention and graduation rates. MSU photo by Adrian Sanchez-Gonzalez

Amid a pandemic that has dramatically altered the world of higher education and introduced new complexity into families’ decisions about attending college, Montana State University reported today that its fall enrollment remained strong and set new records for graduation rates and student retention.

The traditional fall headcount, taken after the 15th day of classes, showed that 16,249 students are attending classes at MSU. That includes students who are taking courses in person, remotely or in a blended fashion — the three course modes offered at the university this fall. MSU’s fall enrollment may continue to increase as high school students, who started three weeks later than MSU, register for dual enrollment courses.

The enrollment is the fifth-highest in MSU’s 127-year history, with the record set in 2018 at 16,902. The fall count is “stunningly strong,” all things considered, said MSU President Waded Cruzado. She noted that the pandemic has prompted many students to change their educational plans or to defer the start of their college careers.

“I am humbled that so many students have chosen to pursue their dreams at Montana State, despite the uncertainty of the pandemic. They ought to be commended for the clarity of their goals and their sense of persistence,” Cruzado said. “MSU’s success is truly a credit to MSU’s faculty and staff who have worked extraordinarily hard to make MSU a safe and welcoming campus this fall and continue to do so as we make our way through the fall. In addition, this year more than ever, parents and families have been part of the MSU team. When we say, ‘We are in this together,’ we really mean it.”

MSU’s retention rate – the percentage of first-year students returning for their second year – hit its highest mark in more than 30 years of modern record keeping at 78.2% percent. First-year to second-year retention is a key indicator as it is highly predictive of how many students will continue to graduation.

“Again, many thanks go to our faculty and staff who take our student’s success very seriously, and congratulations to our students on a job well done,” Cruzado said.

MSU recorded modern-era records in its four- and six-year graduation rates as well. The fall figures showed that the four-year graduation rate was up to 34.7% from 29.7% last year. And the six-year rate — which is commonly looked at in federal statistics — was up slightly to 56.4%.

“One in three of our students is graduating in four years,” Cruzado said. “That is simply amazing.”

Initiatives aimed at increasing on-time graduation continued to show results as well. MSU continues to encourage its students to take at least 15 credits per semester as part of its well-known Freshman 15 program. Students do not pay additional tuition for credits after the first 12, so taking 15 or more per semester not only keeps them on track to graduate in four years but also can save them thousands of dollars. In all 72% of new undergraduates and 59% of all undergraduates were enrolled in 15-plus credits this fall.

“The past year has thrown a number of curveballs at our students, between the interruptions caused by COVID-19 and the lack of an in-person commencement ceremony,” Cruzado said. “The fact that our students returned this fall to pursue their degrees at MSU speaks strongly to their resilience and determination. I am so proud of our Bobcats.”

“It’s an impressive accomplishment and a step in the right direction for Montana’s premier research university,” Cruzado said.

Academically, the university’s incoming students this fall continued to be among the most accomplished that MSU has ever seen. The freshman class averaged an ACT score of 25.3 and an SAT score of 1,224, along with an average GPA of 3.6.

Last month, MSU reported its biggest summer enrollment in two decades and a 12% jump in its number of full-time equivalent students. FTE — the total of all credit hours taken divided by 15, a full-time credit load — is a figure commonly used in higher education formulas. On a practical level, it means more students enrolled in summer classes and took credits in higher numbers on average, said Robert Mokwa, executive vice president for academic affairs and provost.
“It means more of our students are on track to graduation because they were able to use summer to either catch-up or get ahead,” he said. “The fact that most of our summer courses were offered online further demonstrates that students during COVID-19 appreciate the flexibility and choice that MSU is able to provide in its course offerings.”

The university began classes Aug. 17 with myriad adaptations in place to minimize the risk of COVID-19 transmission on campus. The semester is slated to end on Nov. 25, with commencement scheduled for Nov. 22. For more information on MSU’s COVID-19 response, visit montana.edu/coronavirus.