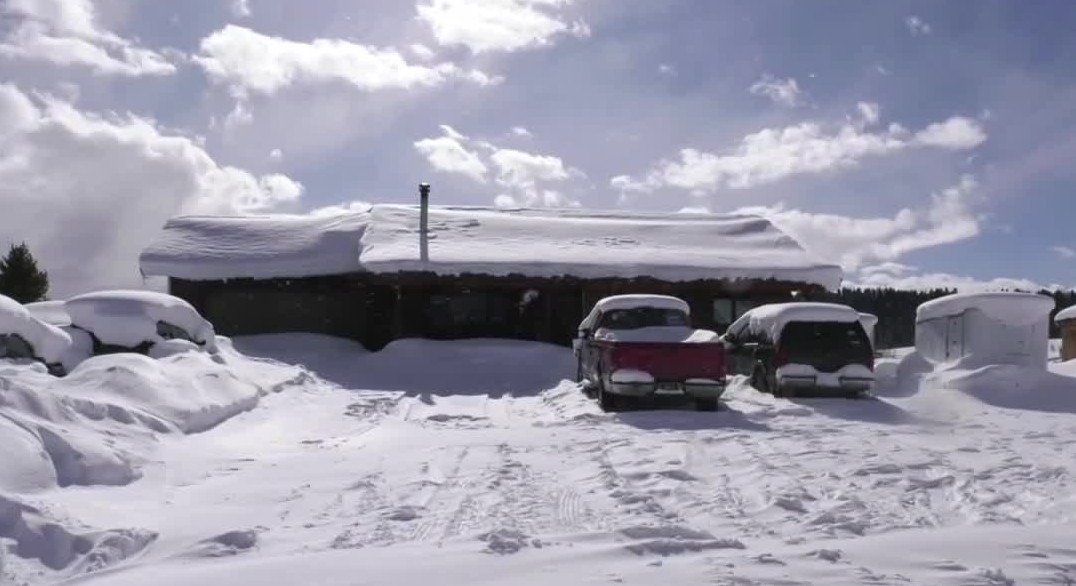 Another man is now behind bars, connected by Gallatin County investigators to the abuse and torture of a 12-year-old West Yellowstone boy that, ultimately, ended in his death.

Another man is now behind bars, connected by Gallatin County investigators to the abuse and torture of a 12-year-old West Yellowstone boy that, ultimately, ended in his death.

It is a disturbing case that has rocked the small community along Buffalo Drive and West Yellowstone.

Roush’s family says this comes as a shock to them.

"Once I found out, I'm like 'Oh my God,'” says Brenda Reed, Roush’s grandmother. “It's a punch in my stomach, you know?"

In this case, 12-year-old James Hurley, who, according to court documents, was found beaten and eventually killed in his grandparents’ home.

"I knew nothing until yesterday when he got locked up,” Reed says.

Sitting in court was Roush’s grandmother and his girlfriend, Brooklyn.

"He's like a gentle giant,” Reed says. “It just boggles my mind. I was blind-sided."

Investigators say video recordings show Hurley’s family beating him with makeshift objects, locking food away from him, and strangling him.

Now, prosecutors say there are other videos, including one of Roush hitting the boy.

Upon investigation, deputies say Roush’s clothes matched those of a fourth man in the videos, seen hitting Hurley with his hands and a wooden paddle.

"It is unacceptable to strike or otherwise brutalize a child,” prosecutors said in Justice Court. “There's two instances that, at least alleged, in here.”

They are revelations that Brenda says she never saw coming.

"I am flabbergasted,” says Melissa Finney, who’s known the family since 2008. “I can't even begin to explain to you how disgusting and sick I am to my stomach about the whole situation."

Finney lives a block away from Batts’ home.

"I just never saw it coming,” Finney says. “I have known this family, like I've said, for 12 years. Our kids have hung out together and I've never ever thought this...I would be standing here today in this position saying 'Oh my God.'"

Finney says she’s known Roush since he was four years old and James Sasser III spent time with her own son.

"The abuse in the home like that and nobody knowing about it, it's frustrating because when you are with them and you are around them and you see one side of them and then you come back and then you hear this, you're like okay, they are living double lives,” Finney says.

As Roush’s case moves next to the district court, Brenda and Brooklyn say they will stand together but nothing will be the same.

"Being so cruel and so coldhearted to especially your own grandson,” Finney says.

"I hope this is a turning point and [Roush] grows up,” Reed says.

Roush could be looking at 40 years in prison if convicted and his bail has been set to $50,000.

Organizers ask people to wear blue ribbons and all donations will be used for Mental Health services in the area.