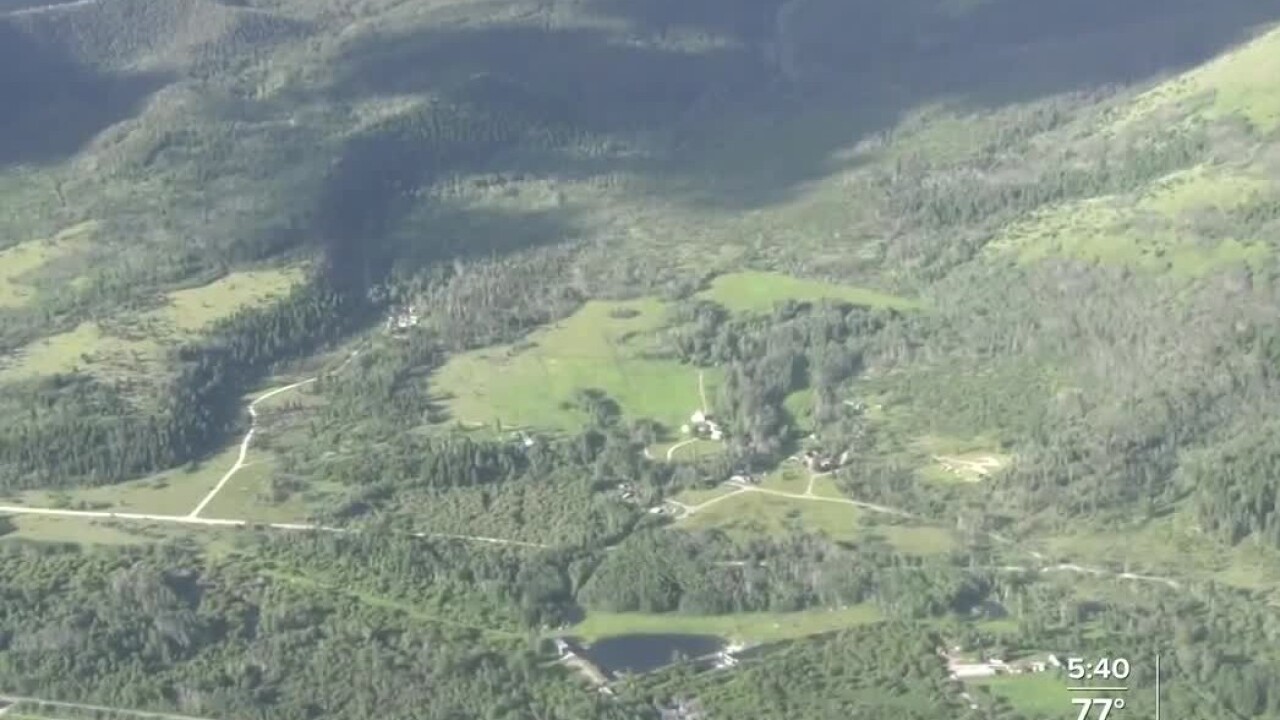 ANACONDA — “The parcel we’re going to look at is right at the bottom of that, we’re going to want to go up like this and loop around,” said Chris Marchion as the plane circled over a wildlife management area near Anaconda Wednesday.

Wildlife officials got a bird’s eye view of the Garrity Mountain Wildlife Management Area this week in its effort to add 600 acres of public land to a wilderness area near Anaconda.

“So whether you want to go out and take a hike or walk your dog or do other things on it, you’re welcome, it’s open for public use,” said Marchion of the Anaconda Sportsman’s Club.

The new public land, called the Stumptown Addition, was purchased by the state from a private landowner. The area near Anaconda is a migration corridor and calving area for wildlife.

Members of EcoFlight took a plane over the sight to get aerial photos of the land.

“We want to work toward protecting these area so that they’re there for posterity, so we’re involved in protecting wildlife habitat,” said Jane Pargiter of EcoFlight.

The addition would complement the 9,000 acres of public land in the Mount Haggin area.

“This property has about 7/10th of a mile of Warm Springs Creek, which is a great fishery just right out of Anaconda, so to be accessible to everybody, it’s even close enough kids could ride their bikes up there and go fishing,” said Marchion.

Wildlife officials believe the purchase of this land will be great for outdoor enthusiasts as well as the wildlife.

“The wildlife can be on their winter area and be undisturbed and if we do that, then they tend to stay there if we go good habitat and their undisturbed, they stay there, and they’re not a burden in the winter and early spring on private lands,” said Marchion.