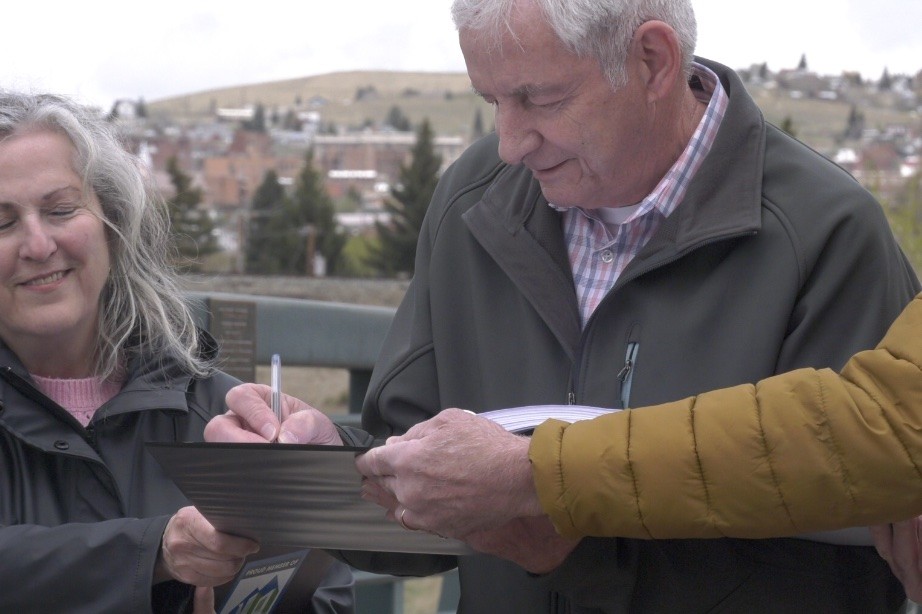 BUTTE - With one signature, Butte Chief Executive Dave Palmer made history Friday by approving the consent decree that will outline the cleanup of Butte’s Superfund site. It’s a plan that was decades in the making.

Once the Federal Court approves the plan, work on the ten cleanup projects could begin by this August. The five-year project will bring much work to Butte.

“The jobs are a big deal and the relationship between the cleanup of our environment and Butte’s Future is also a big deal,” said Butte Superfund Coordinator Jon Sesso.

Much of the work will occur along the Silver Bow Creek corridor and will involve the removal of up to 1 million cubic yards of contaminated soil.

“First of all, it’s got to go somewhere and throughout this year, we’ll be going through what’s called the repository siting process. We’ve got to figure out where we’re going to put this stuff,” said Sesso.

When work gets going on these projects later this summer, they’re going to be moving a lot of dirt and, yes, it may be inconvenient and there may be some delays for the public.

“It’s going to be disruptive for a while. We’re going to make every effort to certainly control dust and make sure that the environmental piece is handled, but the inconvenience is going to be there. We’re going to do all we can to not have to cross streets and on any given day; we’re going to need the patience of our community,” said Sesso.