Al Shryer was awarded a Bronze Star back in 1971 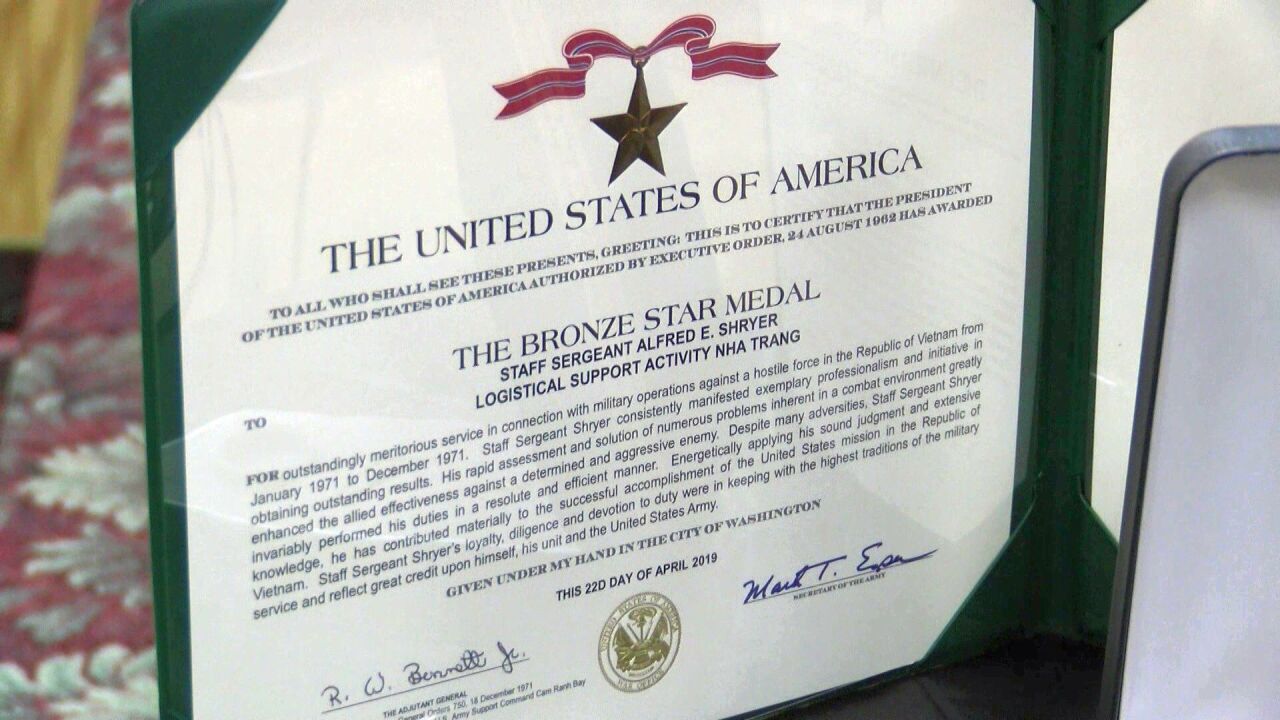 Al Shryer earned a Bronze Star during his military service back in 1971 - and finally received his medal in Great Falls on Wednesday.

Last winter, Shryer was looking at his "DD Form 214" and other old documents from his time in the service when he noticed he had earned a Bronze Star for his service in Vietnam.

Shryer is thankful his service was recognized.