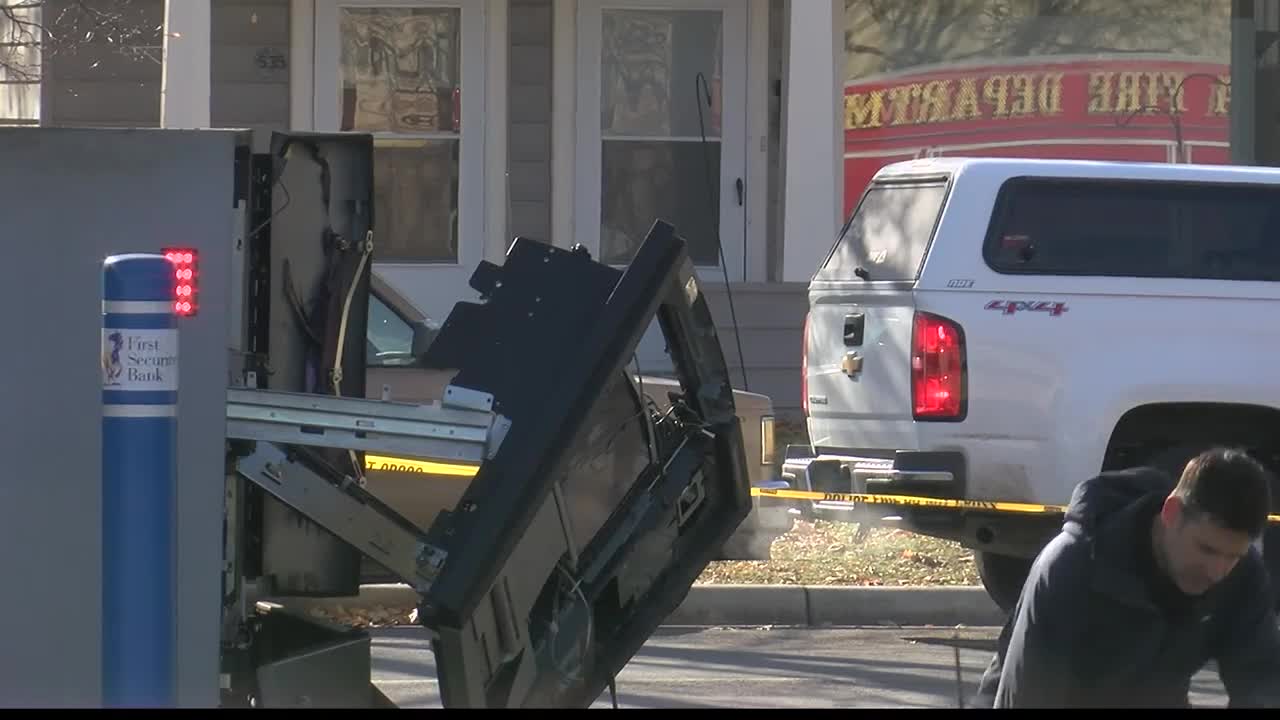 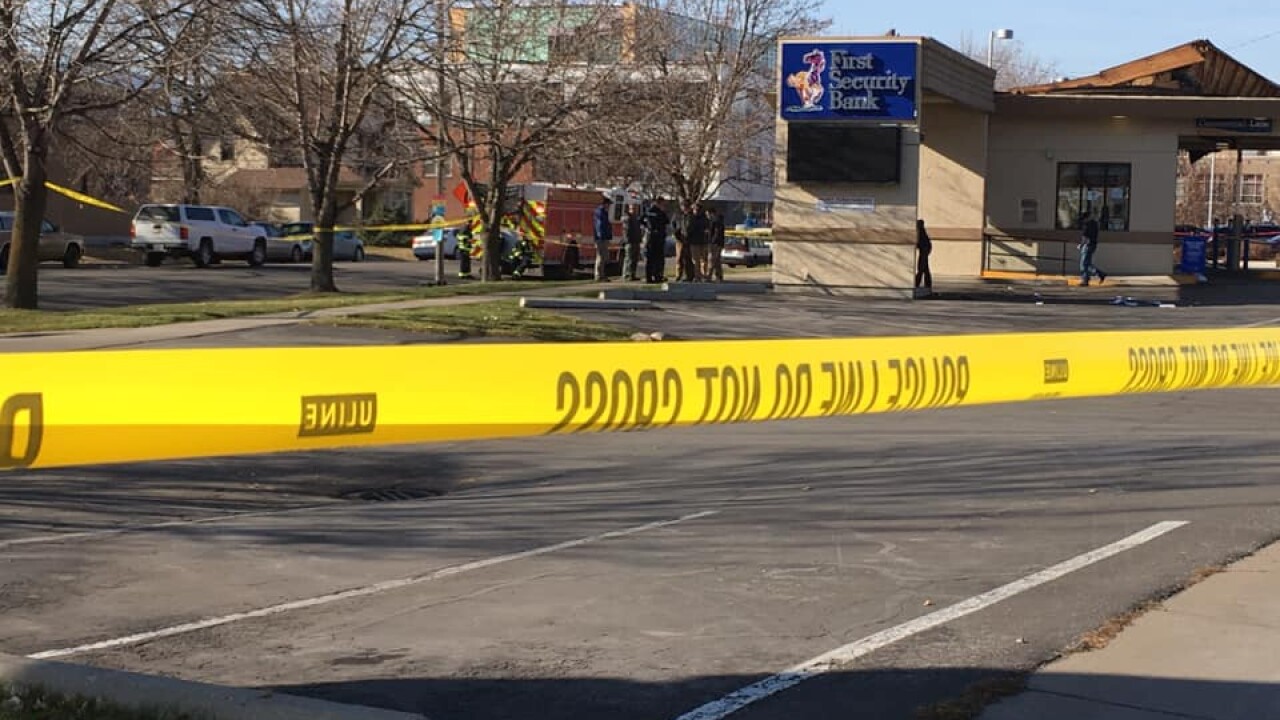 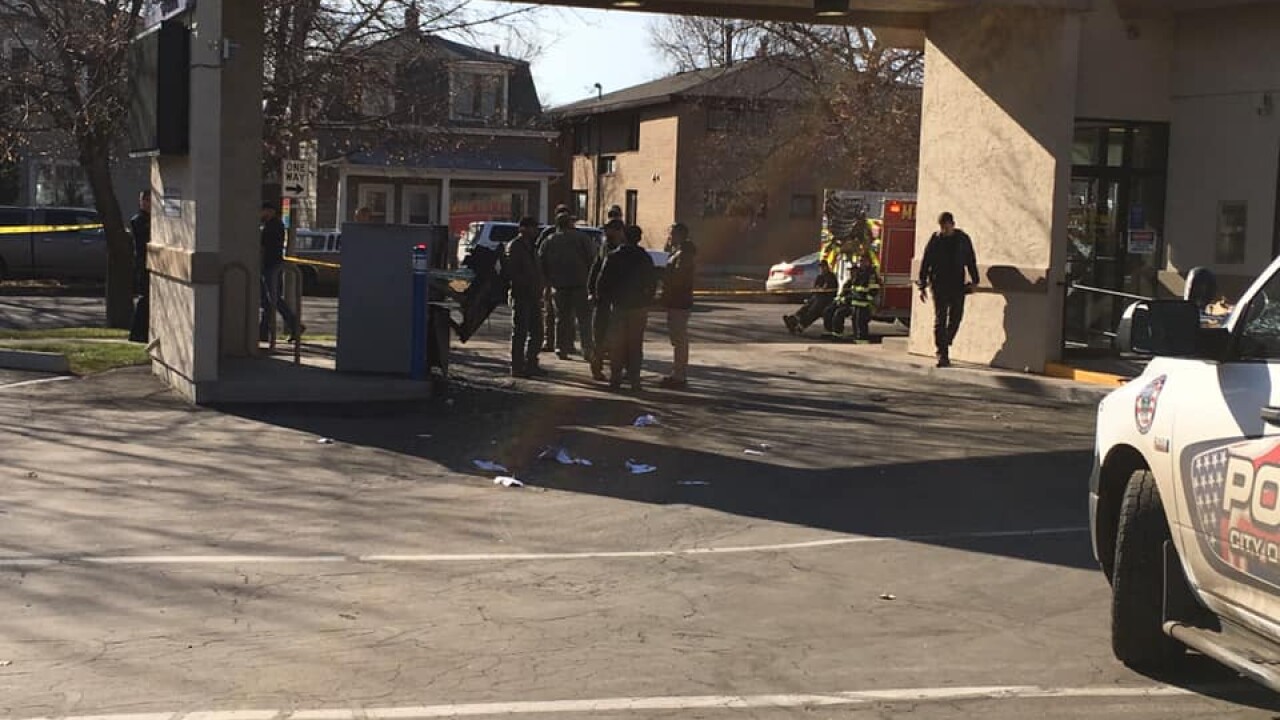 Authorities are investigating after an ATM exploded in downtown Missoula on Thursday morning.

Police say a male suspect poured liquid onto the ATM at First Security Bank at East Broadway and Madison streets at around 10:45 a.m.

After pouring the liquid, the suspect then threw something at the ATM, causing it to catch on fire and explode, according to witnesses.

The suspect apparently took nothing, and immediately drove away. A search ensued for an elderly man with gray hair, driving a gray mini van. A vehicle matching the description was found near Pine Street and Ryman Street later in the day and two suspects were detained.

Missoula Police Department spokesman Sgt, Travis Welch says they are still trying to figure out why the incident occurred.

"There is no other threat to the public and the officers reported that the vehicle was clear. Whether or not that means there is not other evidence or other combustibles or not, I don't have that information, but they reported that it was safe -- at least for them to be there on scene with the vehicle"

The investigation is still ongoing, and we hope to have more information as it becomes available.

Two people have been detained by police after an ATM was lit on fire at the First Security Bank branch on East Broadway on Thursday morning.

A suspect is being sought after an ATM was lit on fire Thursday morning in Missoula.

The incident happened at the First Security Bank branch on East Broadway at approximately 10:45 a.m.

Missoula Police Department spokesman Sgt. Travis Welsh says initial reports indicates that an older man poured a flammable liquid on the drive up ATM and then lit the machine on fire.

The only description of the suspect available at this time describes him as an elderly man with gray hair who was seen leaving the scene in a gray minivan.

No injuries were reported and the ATM was heavily damaged. The Missoula Police Department and the Missoula City Fire Department responded to the scene.

We'll have more information on this developing story as it becomes available.

-information from Katie Miller included in this report