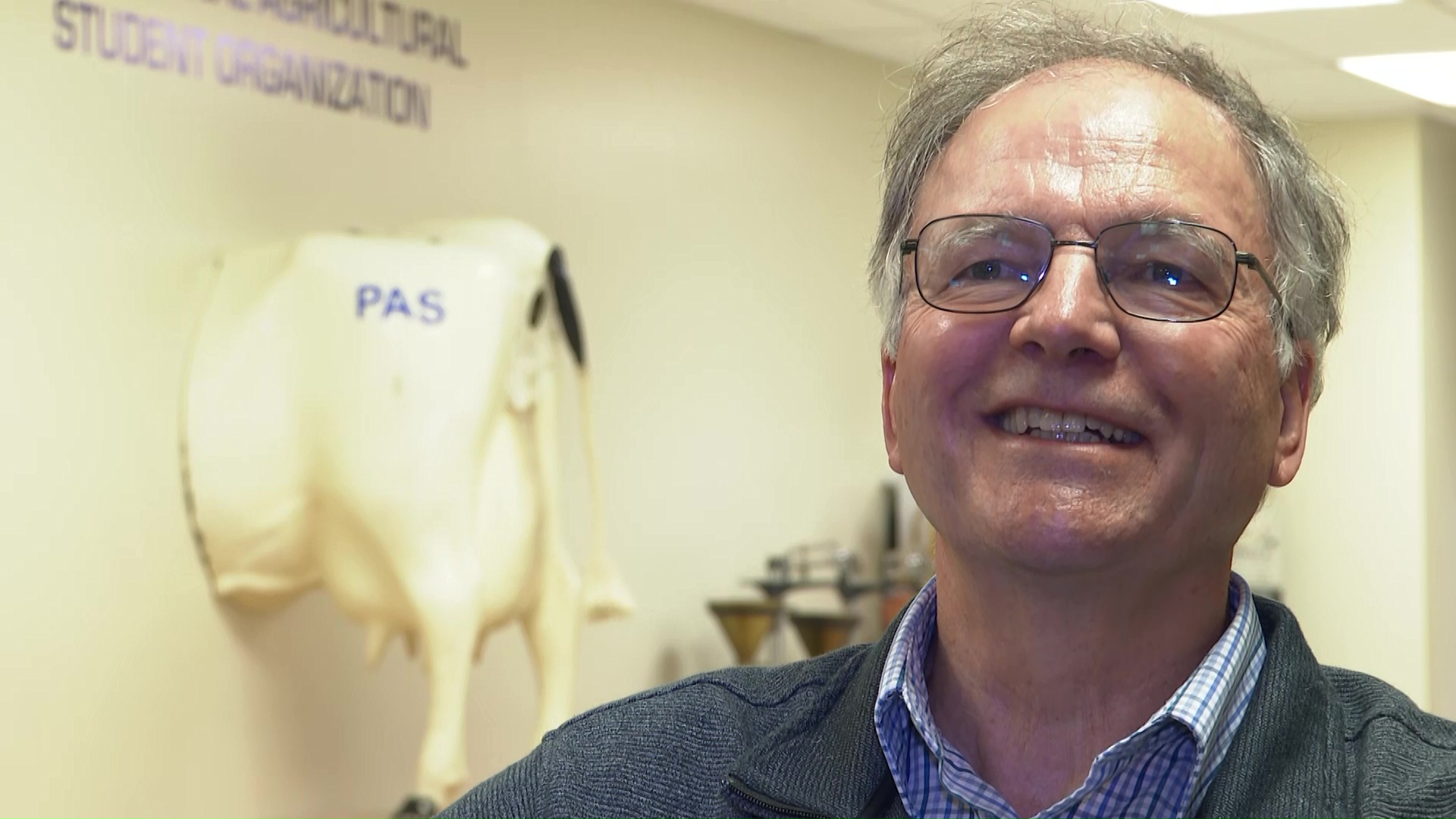 Bessie the cow has been a resident of MSU Northern for over fifty years.

The school originally purchased her as a trainer for teaching agriculture students how to artificially inseminate cattle.

She’s spent her career in Brockmann Center 205 or the Ag Lab.

Bessie arrived when Brockmann was brand new and she has observed a half-century of agricultural students over the years.

MSU Northern staff say that Bessie has been an easy keeper and a good docile bovine, which served her well when she ventured out on float rides in Havre Festival Days parades.

She has also been herded in the spring of the year to the Northern Agricultural Research Center where she unabashedly helped educate hundreds of seventh graders on ungulate reproductive physiology.

Bessie has been branded by the Professional Agricultural Student Club and her PAS brand is officially registered with the State of Montana.

Bessie has retired as an agricultural educator and currently has a place of honor, high on the west wall of the Ag Lab.

She spends her days chewing her cud, relaxing and startling freshman agriculture students by occasionally swishing her tail.