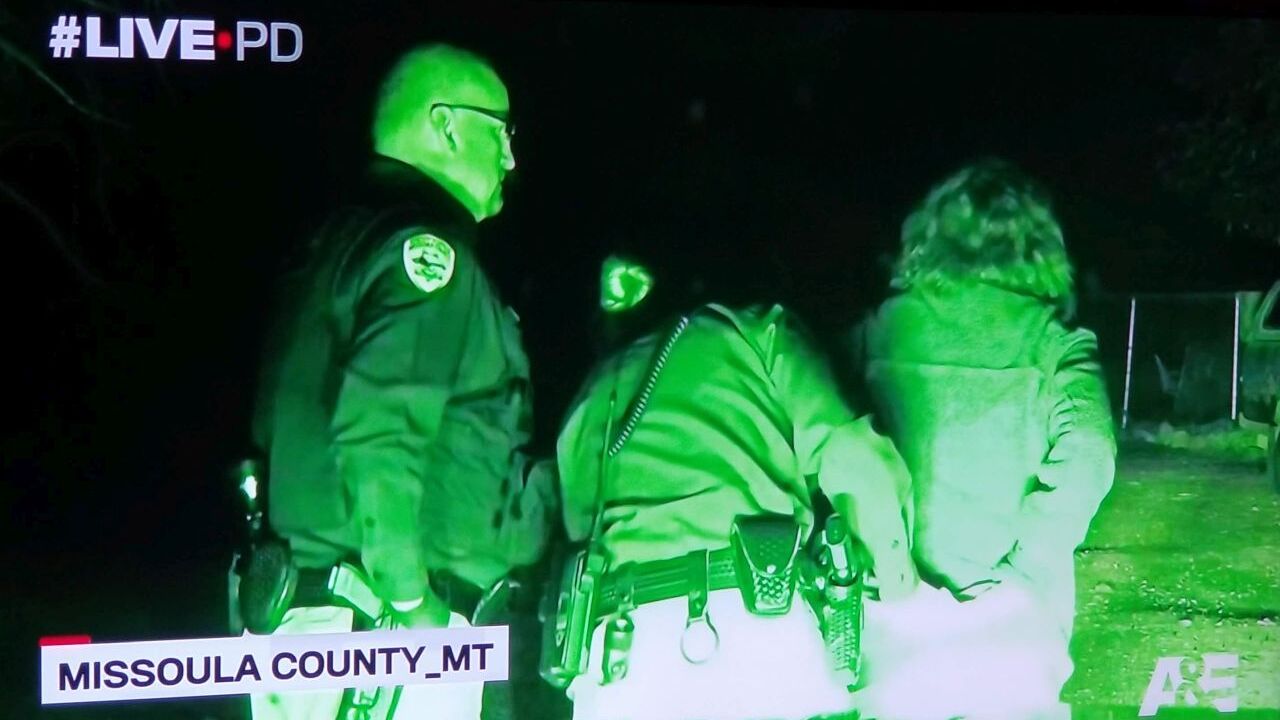 The Missoula County Sheriff's Office appeared in the first episodes of the new season of "Live PD" on Friday and Saturday on the A&E cable channel, and Montana is abuzz with what they saw.

Law enforcement says they expected a mixed response from the community and did extensive research leading up to the show to make sure it would be a positive experience for Missoula County.

While the season is nine episodes long, MCSO says they can leave at any time -- and that if it seems like the majority of the community is against more appearances they would consider leaving.

One thing that the Sheriff's Office hopes to achieve by being on the show is the ability to recruit and retain more deputies.

MSCO is also very proud of how their deputies operate in the community and hope to showcase some more positive stories about their community interactions.

Another big reason for being on the show is to highlight cases that they might need tips from the public to help solve -- like the case of Jermain Charlo, missing for more than a year , that was showcased on Live PD last week.

"The Jermain Charlo [segment] -- the missing and indigenous person report. I mean we have already been receiving tips on that we didn't have before. That in itself has made this a huge success," Marcelli told MTN News.

"It's been tremendous for the family, we have had feedback from them as well. You know, they are very appreciative and grateful that they have had this opportunity to showcase their family's situation and hopefully get some kind of resolution or at least some answers on this case," Marcelli said.

(AUGUST 27, 2019) The Missoula County Sheriff's Office has been chosen to take part in the "Live PD" TV series on the A&E channel.

Sheriff's deputies will be part of the Season 4 lineup, which begins on September 20. The live show airs on Friday and Saturday nights.

Sheriff's Office spokeswoman Brenda Bassett says they were one of nine law enforcement agencies across the U.S. chosen to participate this season.

Live PD will have a film crew ride along with at least two deputies on patrol on Friday and Saturday nights for several weeks.

"It's truly an honor to have our Sheriff's Office selected as one of the nine agencies to be featured," Bassett said in a statement.

"This is an amazing opportunity for us to showcase some of the great work being done by our deputies to protect and serve our community," she added.

Live PD viewers get unfettered and unfiltered live access inside a variety of the country’s busiest police forces, both urban and rural, and the communities they patrol on a typical night. Viewers are encouraged to post their comments about what they witness throughout the night on Facebook and Twitter.

In-studio host, ABC’s Dan Abrams, alongside analyst Tom Morris Jr., guide viewers through the night, giving insight to what audiences see in real time (via a mix of dash cams, fixed rig and handheld cameras), bouncing minute-by-minute between the featured police departments and offering an inside look at each live incident.