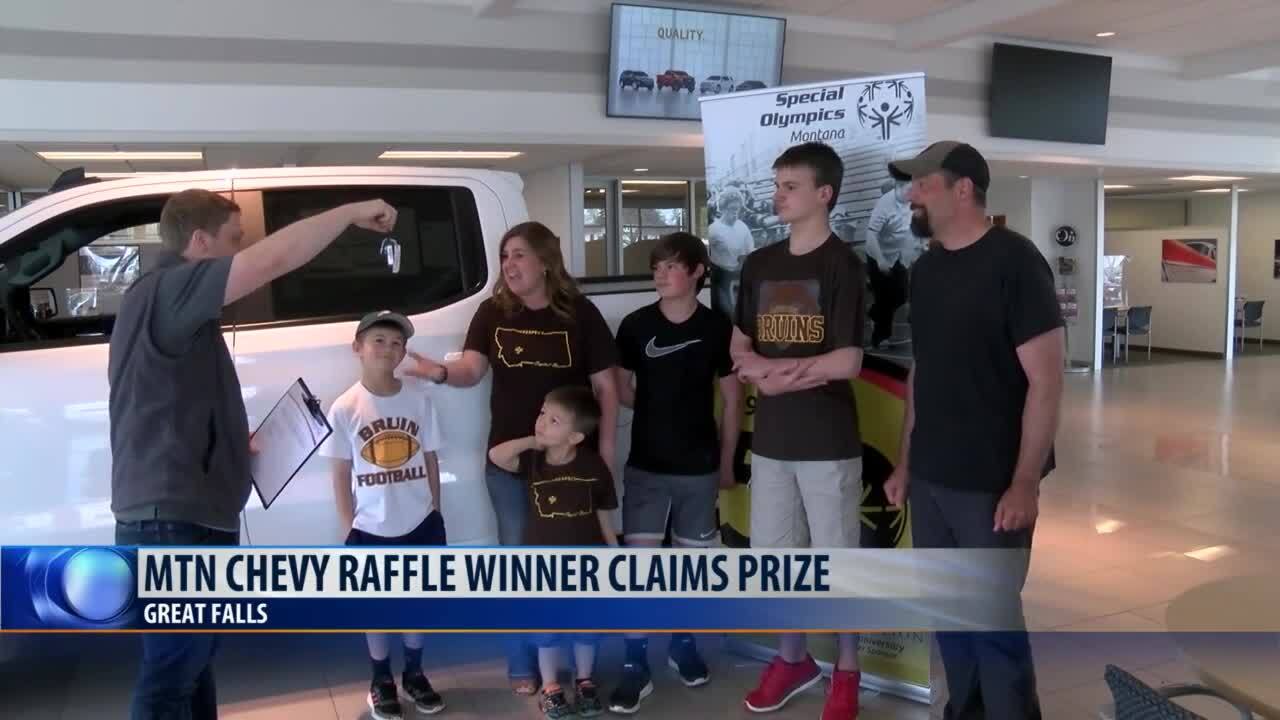 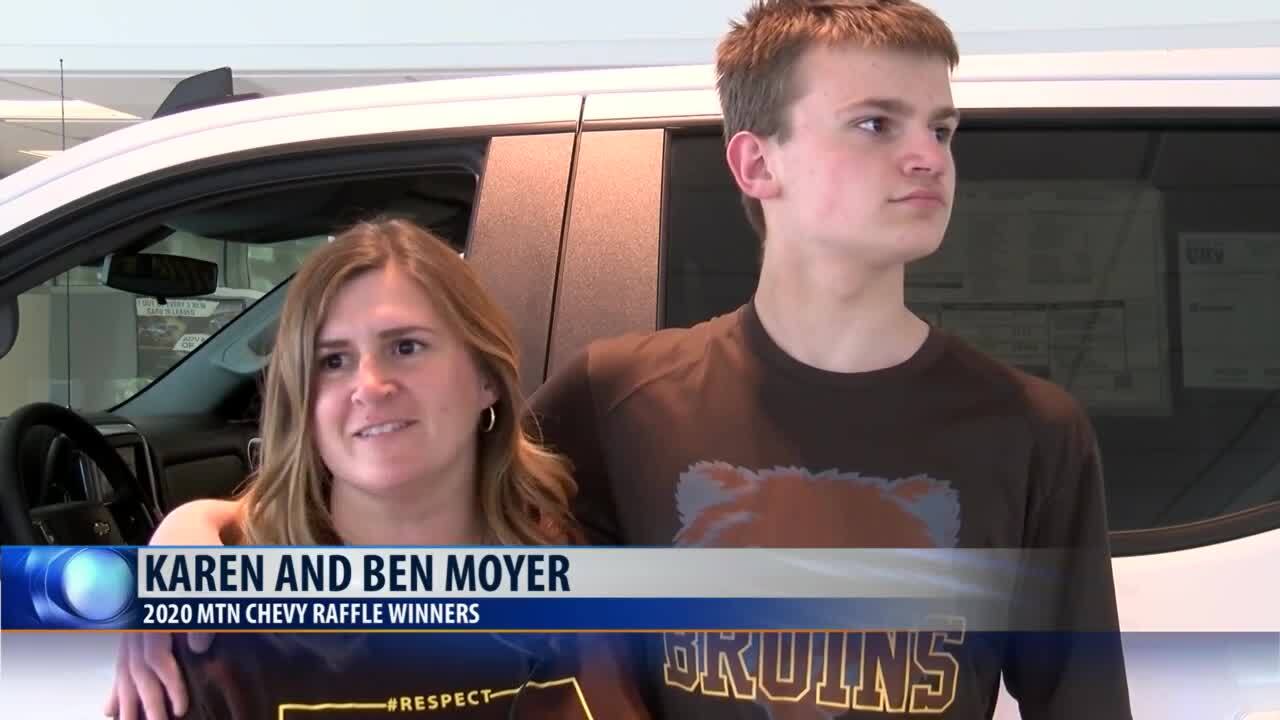 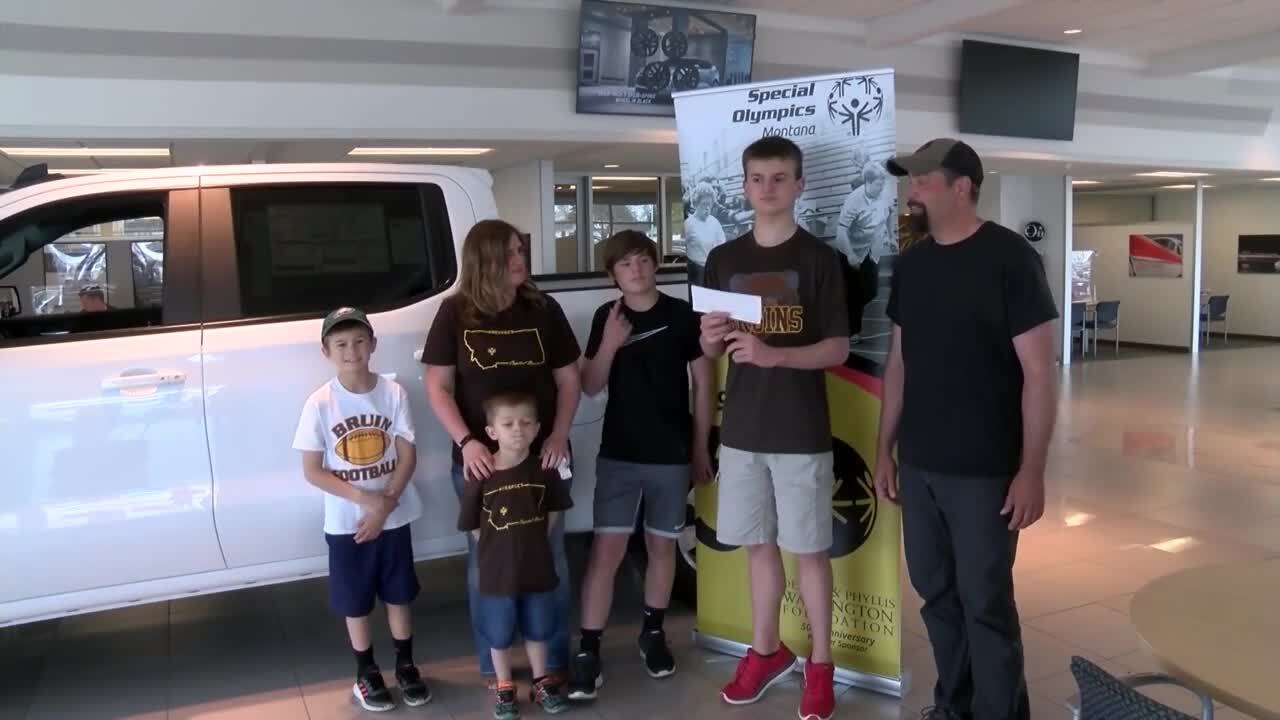 Karen Moyer of Helena was shopping at Lowe’s last week when she noticed she had missed a call. “My phone never rang but it did start to go crazy with people texting me to pick up my phone,” she said.

She listened to the message, and learned she was the winner of a new 2020 Chevy Silverado pickup truck after buying a ticket in the Special Olympics Montana MTN Chevy Raffle.

“My husband was on the phone with someone at the time and saw me crying when I listened to the message, he thought someone had passed away,” Moyer laughed. “So, then I called back and it was pretty great news.”

The moment was extra emotional for Moyer, whose son Ben is a Special Olympics athlete and sold her the winning ticket – for which he earned a $100 prize of his own.

“We played the message for him and he actually teared up a little bit,” Moyer said. “Which was pretty precious.”

The fundraiser for Special Olympics Montana is in it’s 26th year, and though numbers were down slightly due to the COVID-19 pandemic making it difficult to sell tickets, the total haul is still impressive: 87,004 tickets were sold, raising $472,672 for the organization.

Of course, many SOMT events were canceled or postponed including the state summer games in Great Falls. The Moyer family was disappointed Ben wouldn’t be able to compete, but a brand new truck is a nice silver lining during these unprecedented times.

"It couldn't have been a better gift, we're truly blessed,” Moyer said. “Last year was Ben's first in Special Olympics, and it was just such an incredible experience for our whole family. So, this is just the cherry on top."

Then she asked: “Ben, what’s your favorite part of Special Olympics?” To which he replied: “Winning.”

Safe to say the Moyers are all winners today.