Some people are still digging out from record-setting September snow 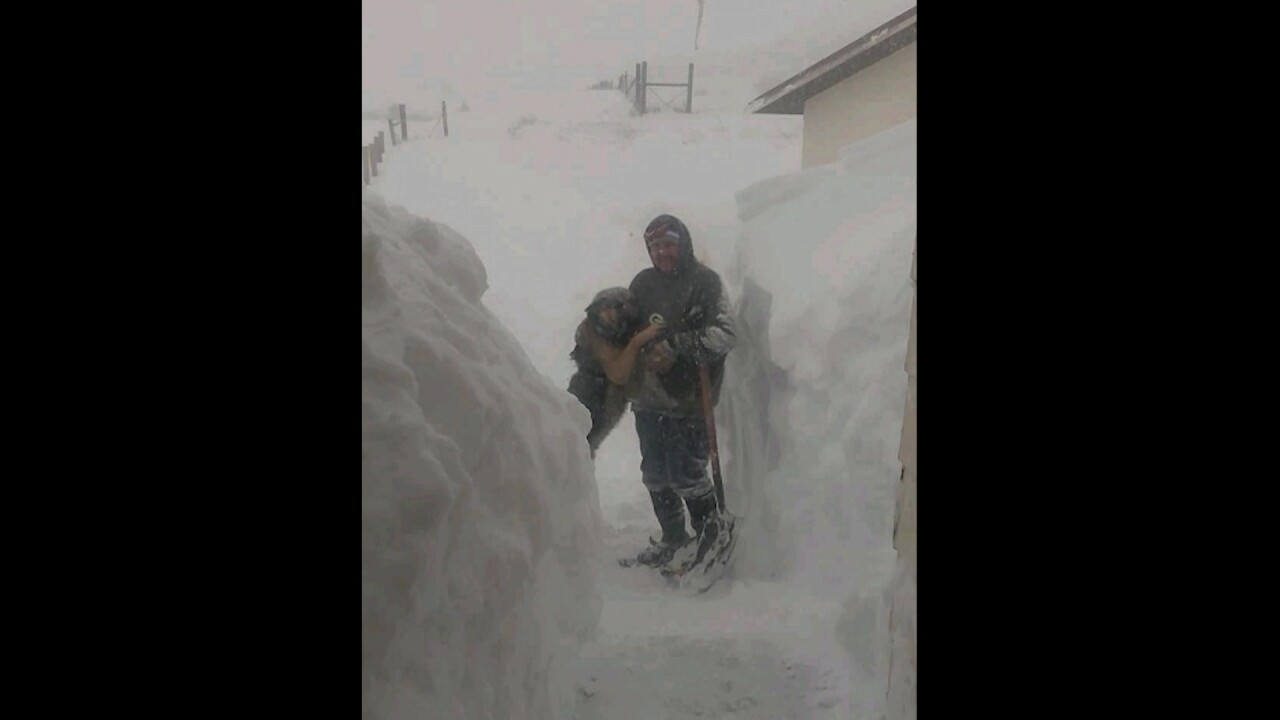 Although the snow from the winter storm over the weekend has mostly melted away in some places, there is still lots of snow on the ground. Many people in the Birch Creek area near Heart Butte and Valier are still digging out from the record-setting snow storm.

Many communities came together to help those who were snowed in.

One resident's mother was snowed in for almost three days. Her daughter Nichole Aimsback said, "I didn't expect it to be as bad as it was."

Dewey Skunkcap showed a photo of him in front of his house. "At my doorstep it was, I'm predicting it was probably three feet coming out of my door."

One businessman stepped up to help with his company Tatsey Contracting. Tatsey and his team went out and helped others out of their home.

Aimsback was thankful for the help they provided for her mother. "Thank god for Neil Tatsey who plowed out my mom here in Birch Creek and I know he plowed out numerous other people."

More than three feet of snow fell in several communities along the Rocky Mountain Front and to the east, including Browning, East Glacier, and Heart Butte.

Topping them all: the community of Babb just north of St. Mary, which recorded 52 inches of snow.