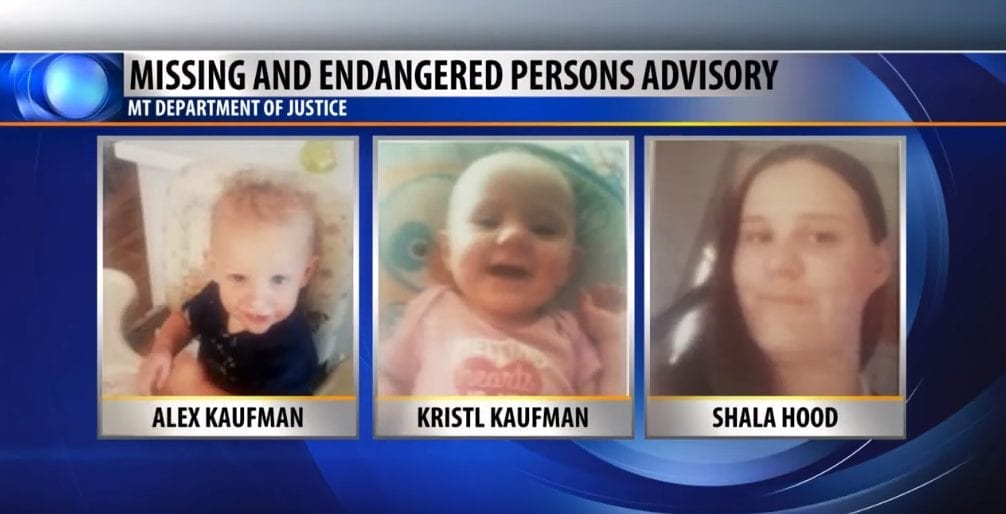 HELENA, Mont. – The two Helena children mentioned in Wednesday’s Missing and Endangered Persons Advisory were located in Helena on Sunday, according to a Facebook post from the Lewis and Clark County Sheriff’s Office.

Around 5 p.m. Sunday, officers responded to a call from the 2000 block of Prospect Avenue. Alex Gray Kaufman, 1 year and 8 months old, and Kristl Kaufman, 7 months old, were located inside of a vehicle on the scene.

The Lewis and Clark County Sheriff’s Office wrote that a 30-year-old Helena resident– Shala Lynece Hood– was arrested following the incident on an outstanding felony warrant for custodial interference, along with fellow Helena resident Lonny Kaufman, charged with felony obstruction of justice and an outstanding misdemeanor warrant. Both were escorted to the Lewis and Clark County Jail.

Child and Protective Services has taken custody of both children.

Two children for whom a Missing and Endangered Persons Advisory had been issued are found in Helena.On 1-12-19 at 5:04…