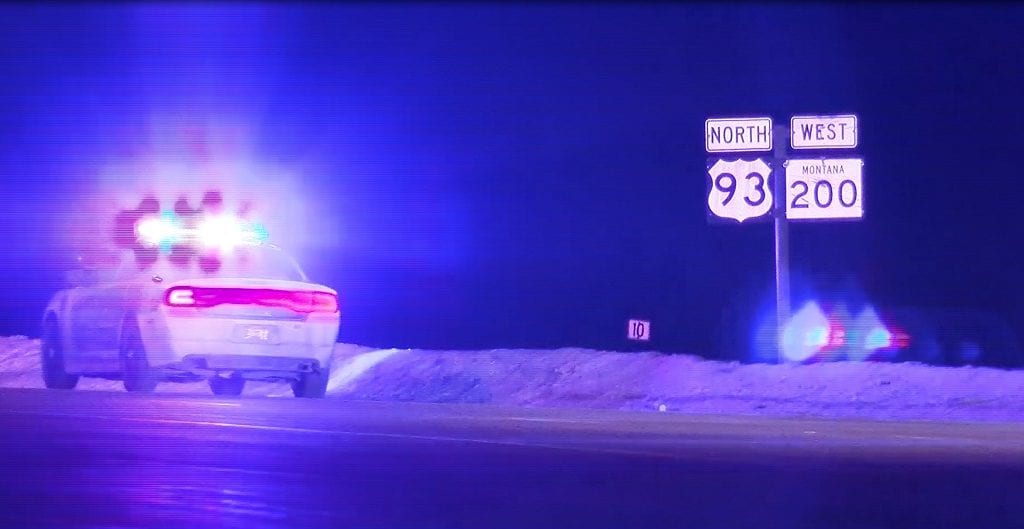 MISSOULA – A suspect in a pair of overnight shootings in Missoula and Evaro has been captured after an extensive, hours-long, search.

He was arrested in the 16000 block of Thornburg Way in the Evaro area.

Earlier on Friday morning, the Montana Highway Patrol confirmed that a trooper was shot and taken to a Missoula hospital as a result of the incident in the Evaro area.