Truck hauling around 40,000 pounds of bees crashes near Bozeman

UPDATE: 10:24 a.m. 6/1/19 – According to a bee expert with Montana Honey Bee Company, only about one pound of bees was lost in Monday’s crash of a semi carrying bees near Bozeman.

One pound of bees equals about 40,000 bees – the truck was carrying approximately 133 million bees.

After being uprighted, the truck was held overnight and then allowed to continue on its journey to North Dakota on Tuesday.

Hyalite Fire crews and Gallatin County Sheriff deputies say the semi was hauling tens of thousands of pounds of bees.

The assistant fire chief of Hyalite Fire says there were roughly 40,000 pounds of bees on board. 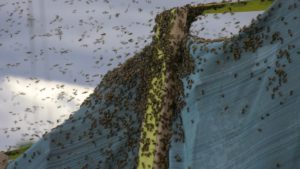 The crew of two were heading from California to North Dakota when the truck flipped at the intersection of Gooch Hill Road and Durston Road — which were closed for some time afterwards.

Assistant Fire Chief Brian Nickolay says this situation presented unique challenges to his crew — which used familiar gear to fight back against the swarms.

“We had to do some stabilization to the truck since it is on its side and it was leaking fuel. We just took the best precautions we could as far as safety for our guys. We went really in our full structure fire gear, including our self-contained breathing apparatus packs so kind of minimize and reduce the risk of being stung at that point to our guys,” said Nickolay.

No one was hurt in the crash.

A local apiarist says 40,000 bees is roughly equal to around 133 million bees. 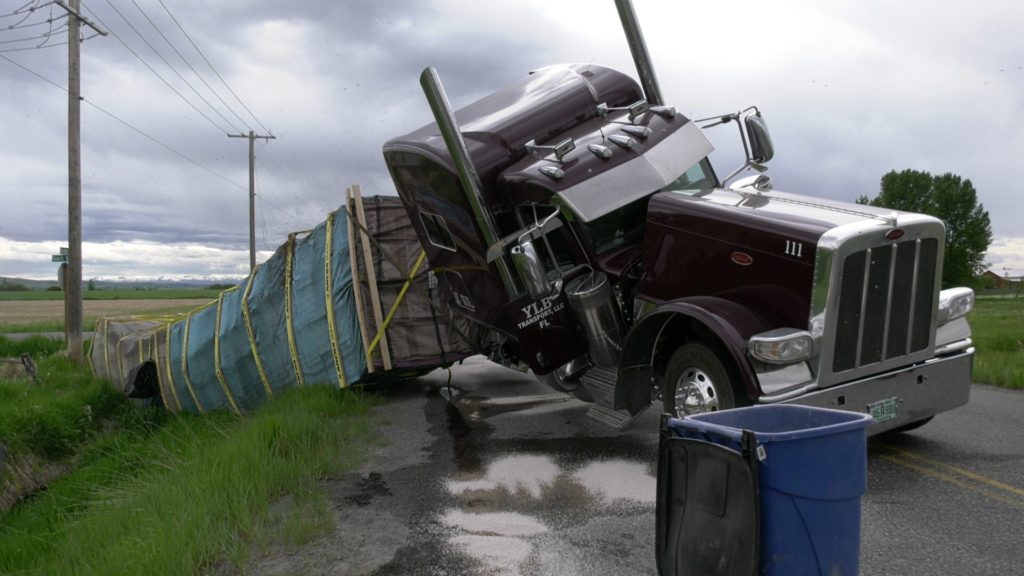