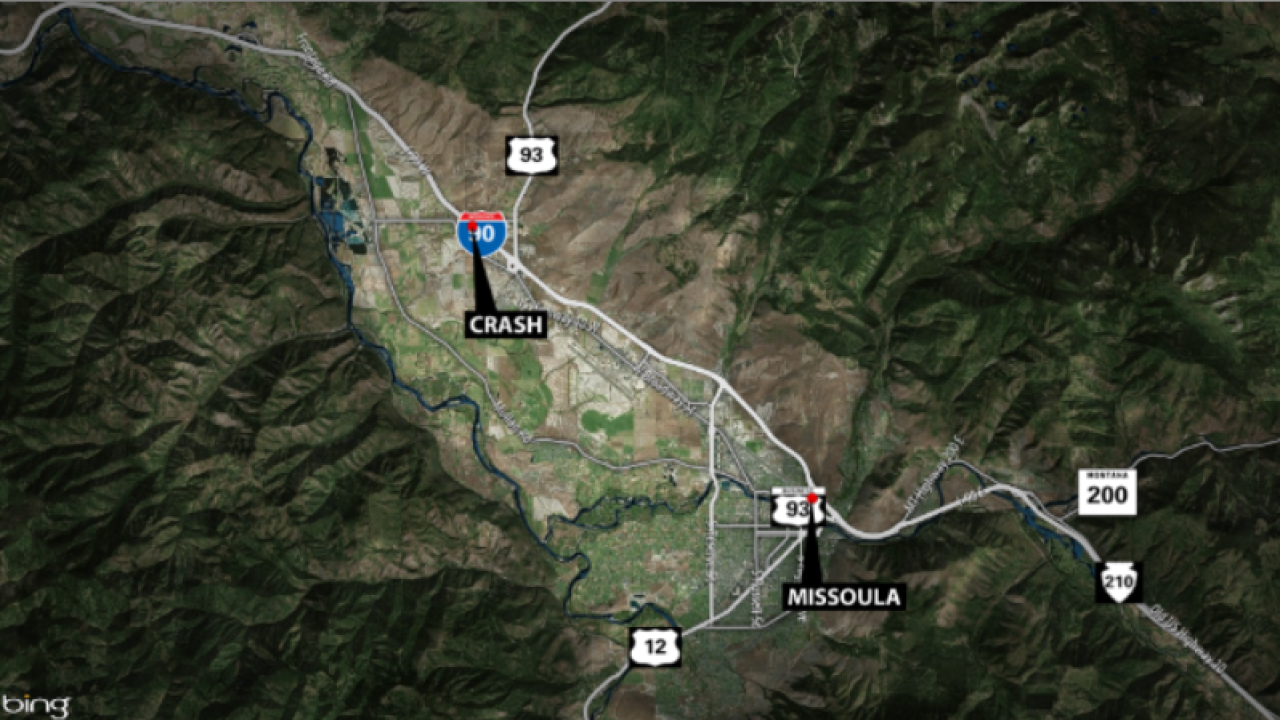 One person is dead after a two vehicle crash outside of Missoula Friday night according to Montana Highway Patrol.

MHP was called to the scene at 10:14 Friday evening in response to the crash on Interstate 90 at mile marker 96.

A Honda CB1000 motorbike was traveling east when the driver, a 42-year-old Missoula man, lost control of the bike while attempting to pass several cars.

He was struck by a Chevy Berreta and thrown from the bike. He was pronounced dead on the scene.

The driver of the Chevy, a 33-year-old Missoula man, was uninjured.

Road conditions were reported as wet. The motorcyclist was wearing a helmet, and speed is a suspected factor in the crash.

This is the 133th road fatality this year.