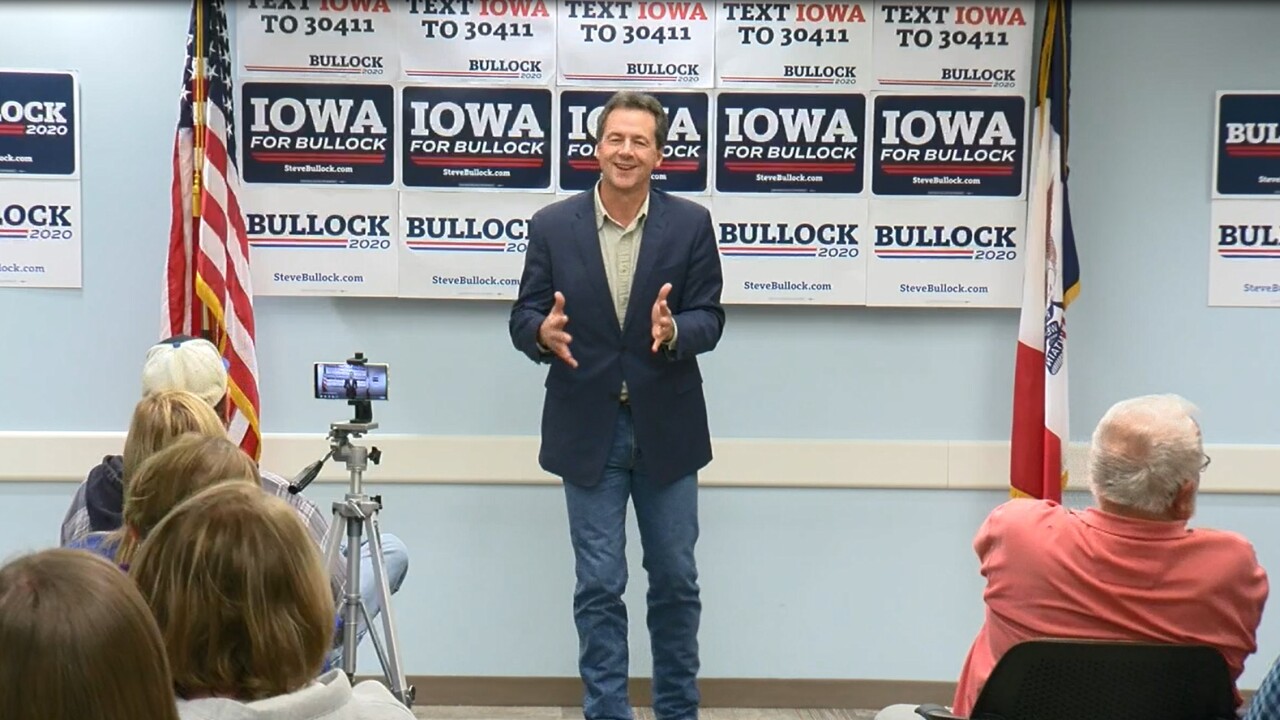 He's low in the national polls, but Gov. Steve Bullock is starting to make a name for himself here in the Midwest.

We are just four months out from the Iowa caucus -- the first caucus across the U.S. -- and unlike most of his competitors in the primary, Gov. Bullock has little name recognition.

Therefore his campaign strategy differs from the rest. His name isn't at the top of most charts.

However, a poll released by Emerson Polling , shows Gov. Bullock in sixth place among Iowa voters, outpacing many of the other presidential candidates beating him in national polls.

"I've been able to convert [these] voters already, and also we have a lot of rural areas in Nebraska and Iowa," Gov. Bullock said.

"Democrats don't always compete well in those areas. I can compete real well in making that connection with folks -- urban and rural," he added.

The Democrat wasted no time with potential voters, talking to a crowd at the Council Bluffs library on Monday.

"I want to see everyone I possibly can, whether I agree with them or not. Governor Bullock is a down to earth common sense man," one potential voter said.

"I'm not committed yet. I'm anxious to hear what everybody has to say and I'll make my decision," another potential coter added.

The key issue will be swing voters, those who voted for President Trump -- that could be persuaded to vote Blue in this coming election.

Gov. Bullock says he has experience doing just that, especially in rural America.

"If you can't make connections in those area, then we are not going to win. I've made connections...three times in a Red State," Gov. Bullock noted.

"Not by compromising values, but by actually getting stuff done," he continued.

Gov. Bullock has visited Iowa 14 times and says he will continue to work on his ground game as other Democratic candidates focus on the debate stage.

That being said, Gov. Bullock is polling at 0%-to-1% in most national polls and has only made one of the Democratic national debates.