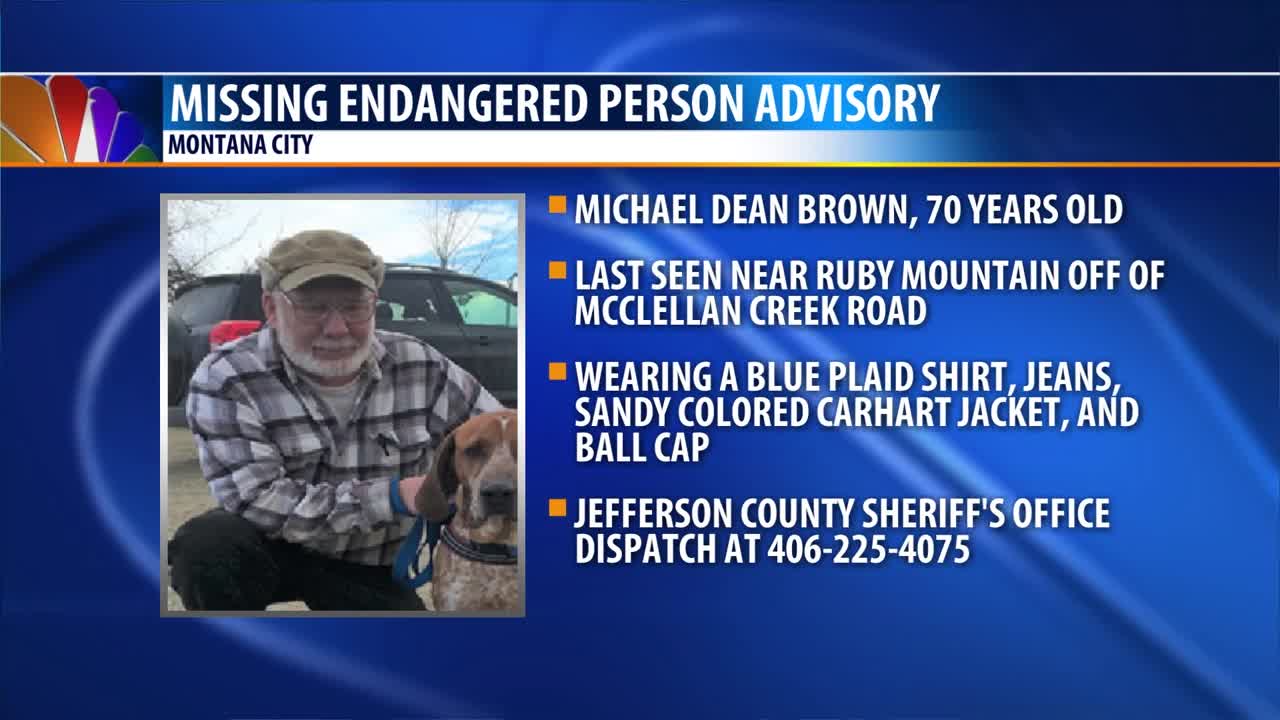 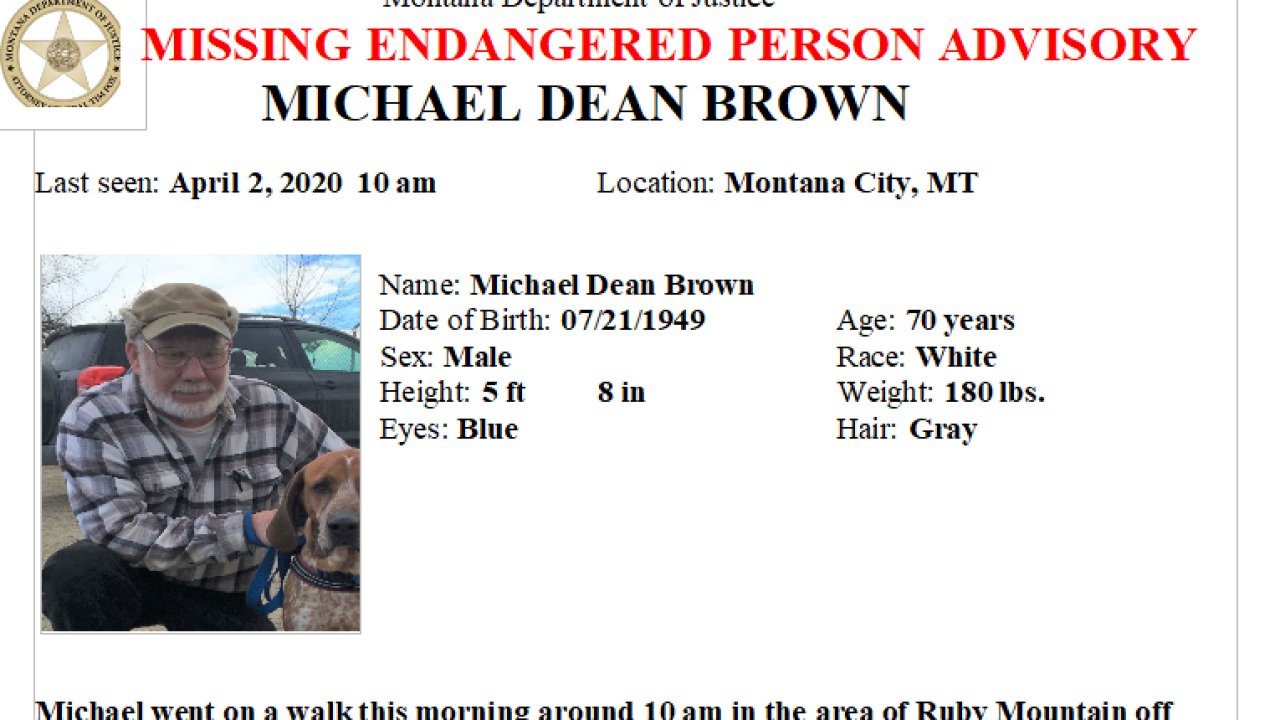 The DOJ announced at 7:20 p.m. on Thursday that Brown was located and is safe.

No other information has been released.

The Jefferson County Sheriff's Office thanks everyone for their help.

The Montana Department of Justice has issued a Missing/Endangered Person Advisory for Michael Dean Brown.

The MEPA was issued at the request of the Jefferson County Sheriff's Office.

Brown has had some recent health issues.