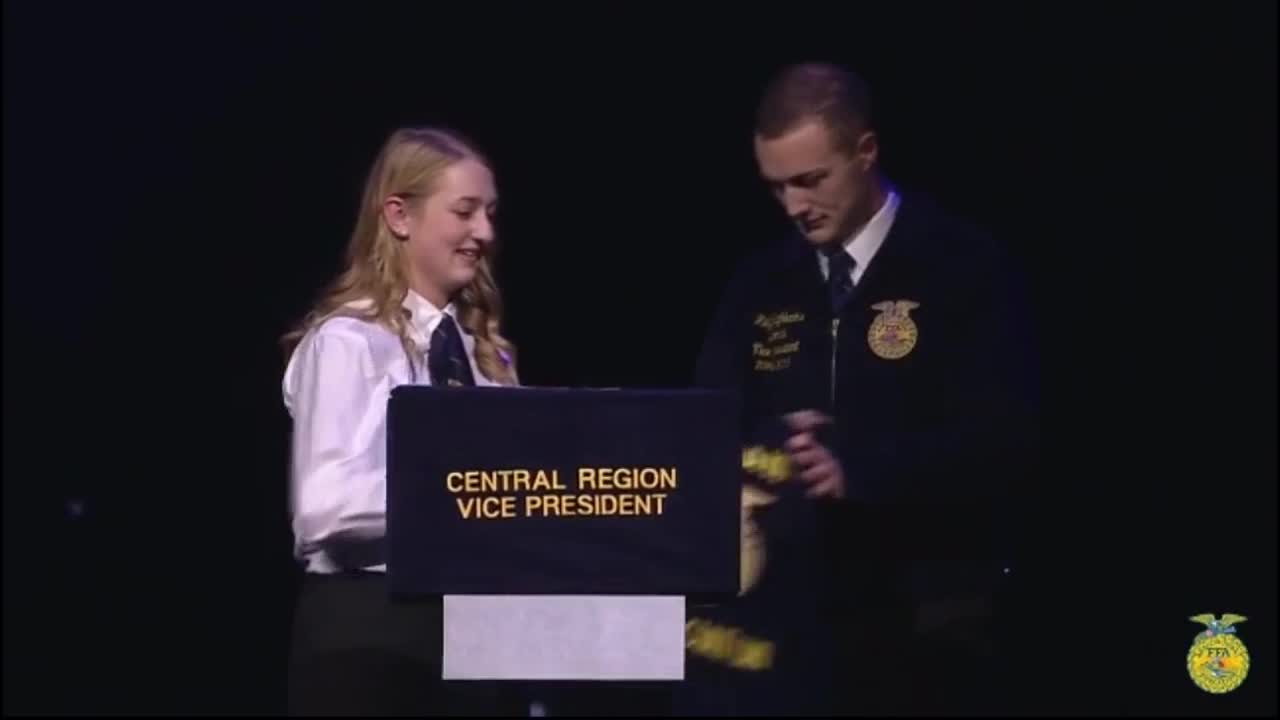 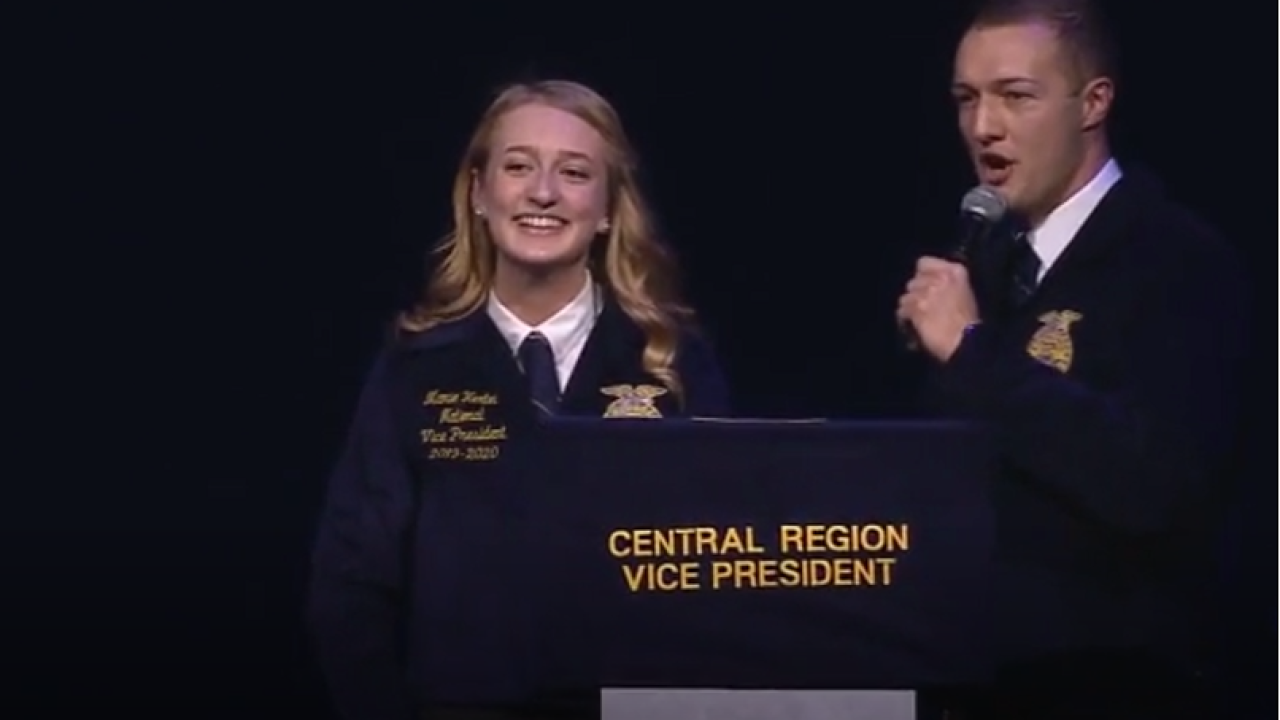 This past week, Indianapolis, Indiana played host to the 92nd National FFA Convention. More than 70,000 FFA members and guests attended this year’s event.

At the conclusion of the convention Moore Montana's Mamie Hertel became the first female from the state to become a National FFA officer. She is one of six national officers that will lead more than 700,000 FFA members.

“I'm so excited for this next year,” Hertel shared right after her election. “I know it's going to be full of memories with my five teammates and amazing opportunities to connect with people that I wouldn't have had the chance otherwise. I know that as much as I am going to be able to impact others, they're going to impact me even more.”

Growing up on her family’s farm near Moore led Hertel to become active in FFA.

Over the next year she will live out of a suitcase traveling the nation and the world promoting leadership and agricultural literacy.

“My life motto is that there's always more to it all,” Hertel explained. “There's more to everything that you do and that's going to be so true this year. I hope that I can show every FFA member from every small chapter that maybe doesn’t have an alumni or maybe they don't feel supported by their community. Whatever it maybe, I want them to know that there's more to everything that they do and they can do whatever they set their minds to. I am living proof of that.”

It’s been 50 years since the 1969 National FFA Convention when women gained full, national membership in FFA. Now, nearly half of all FFA members are women, and hold approximately 50 percent of state leadership positions.

Hertel shared a message for her supporters in Montana.

“I'm so thankful for this opportunity and I will keep you in my heart forever,” Hertel said.

“I'm incredibly thankful for my family back home. Whoever it may be in the blue jacket. Or my mom and my dad or my grandparents. I love you guys so much. And thank you.”

The National FFA Organization is a national youth organization of more than 700,000 student members as part of 8,600 local FFA chapters in all 50 states, Puerto Rico and the U.S. Virgin Islands.

The FFA mission is to make a positive difference in the lives of students by developing their potential for premier leadership, personal growth and career success through agricultural education.