NW Energy proposes to buy another 185MW of Colstrip power

Announcement one day after advocates called for more renewable power 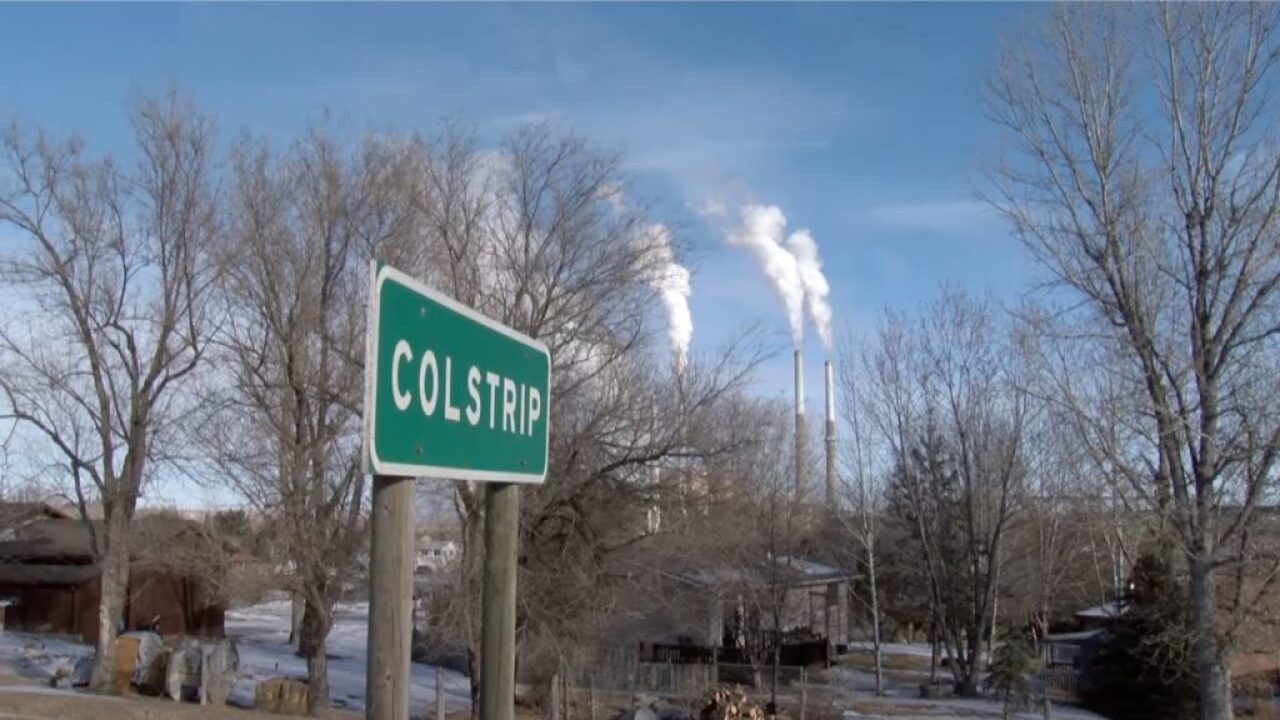 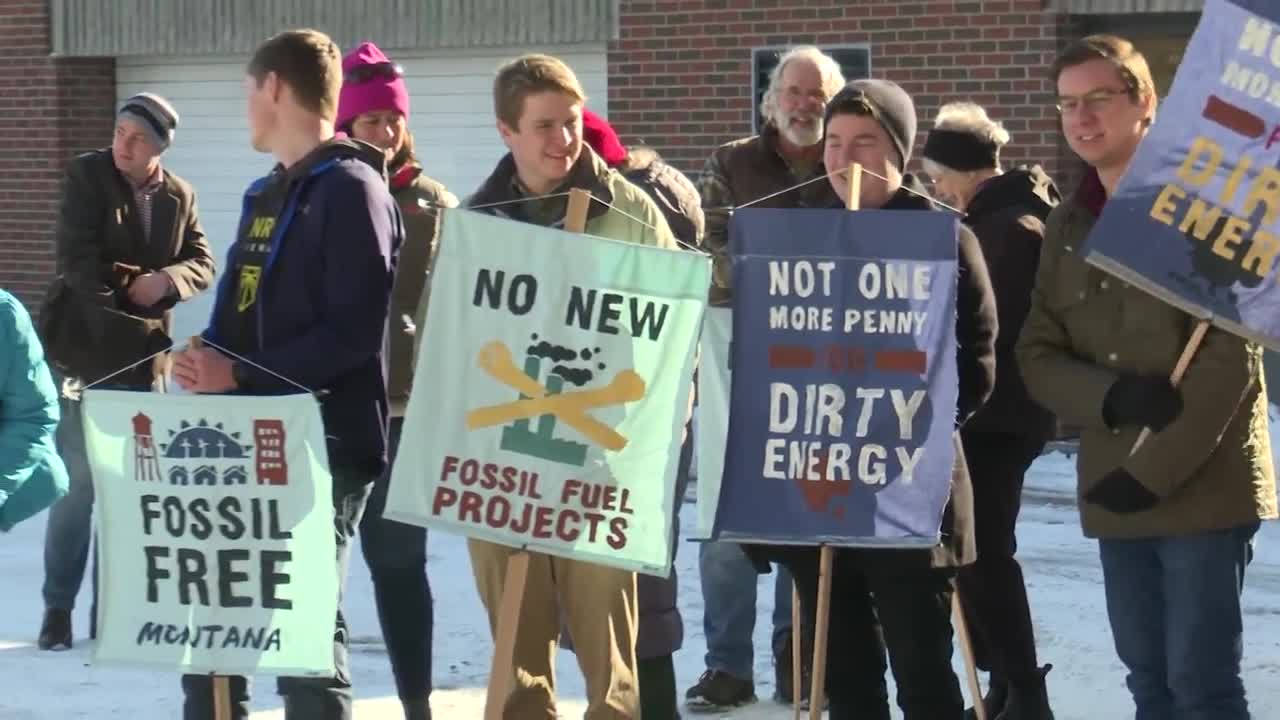 The surprise announcement came just one day after scores of renewable-power advocates rallied and spoke in Helena against NorthWestern’s 20-year plan for procuring power resources, saying the utility should be looking to replace Colstrip power with more clean energy, such as wind or solar.

NorthWestern officials said Tuesday that they need steady and affordable power to serve their 370,000 Montana customers – and that the Colstrip purchase fits the bill.

The company said it has reached an agreement to buy the 185 megawatt-share of Colstrip 4 now owned by Puget Sound Energy, the Seattle-area utility facing a legal mandate to end its involvement with the coal-fired plant. The acquisition price: $1.

NorthWestern’s Montana electric customers, however, would still be charged for the operating costs of the new share of Colstrip power.

If the purchase is approved by the state Public Service Commission, NorthWestern would become a majority owner of the Colstrip 4 plant, at 55 percent. Other utilities in the Pacific Northwest own portions of Colstrip 3 and 4; Colstrip plants 1 and 2 are slated for closure within the year.

NorthWestern CEO Bob Rowe told MTN News Tuesday that the net cost to ratepayers of the new share of Colstrip power would be zero, because the company could buy less power on the open market to serve customers and will sell back some of the Colstrip power to Puget Sound for five years.

Rowe said the Colstrip power fills a “big hole” in NorthWestern’s energy portfolio, just as the company plans to embark on a five-year plan to purchase or acquire 750 to 800 megawatts of power.

“Our customers in Montana are more exposed to the market than customers of any other electric company in the western United States,” he said in an interview. “This transaction allows us, very cost-effectively, to fill about 25 percent of that hole and also actually preserves the opportunity for future resources to come in when they are cost-effective in the future, whenever Colstrip Unit 4 is retired.”

Renewable-power advocates, however, blasted the announcement and questioned whether the acquisition is a good financial deal for Montana consumers.

Anne Hedges of the Montana Environmental Information Center told MTN News that while NorthWestern may be getting its share of the plant for $1, many additional costs will be passed on to consumers, such as repairs of the plant boiler and a new coal-supply contract.

“So while it might be free on the surface, all of those costs start to add up, and it is going to be a very expensive resource,” she said. “This is not a good investment for consumers.”

NorthWestern’s plans to expand its Colstrip ownership also comes as other utilities in the region are abandoning coal-fired power, saying they and their customers want to move to cleaner energy.

When asked why NorthWestern is bucking that trend, Rowe said NorthWestern is unique among regional utilities, in that it needs to acquire more power, now, to meet customers needs. He also said NorthWestern’s portfolio already has twice as much renewable power as the average utility – about 60 percent compared to 30 percent.

However, the acquisition of the additional Colstrip power would reduce that renewable-power percentage for NorthWestern to about 56 percent, the company said.

Rowe said the company takes its “environmental stewardship in Montana extremely seriously,” and is committing to reducing its carbon-generated power 90 percent by 2045.

Hedges scoffed at the utility’s commitment, saying that reducing carbon emissions is a much more urgent task.

“The world can’t wait 25 years to reduce carbon pollution,” she said. “It’s time to get with the program.”

While Puget Sound Energy would sell its share of Colstrip 4 to NorthWestern under the agreement, the Washington utility would still have responsibility for 25 percent of the cleanup costs at Colstrip 4, once it shuts down. All other costs going forward, however, would be borne by NorthWestern.

As part of the agreement, NorthWestern would sell 90 megawatts of the acquired power back to Puget Sound for the next five years. Under a Washington state law, PSE has until 2025 to remove any coal-fired power from its portfolio.

Puget Sound still owns 25 percent of Colstrip 3. Company officials said Tuesday they have no immediate plans on how they may dispose of that strip of power.

NorthWestern said income from the sale of power to Puget Sound Energy would help offset any costs for NorthWestern ratepayers and also go toward the company’s fund for cleaning up Colstrip after its eventual closure.

The NorthWestern transaction with Puget Sound also would include purchase of portions of transmission lines, which Rowe called a key piece of power infrastructure that can help move market-priced power to industrial consumers in Montana and transport in-state renewable power to markets outside the state.

Hedges cast doubt on this proposition as well, noting that NorthWestern recently asked for a big increase in transmission rates on the lines it already owns.

NorthWestern said it will submit the proposed acquisition of more Colstrip power to the PSC within the next month.

The company also plans to begin a bidding process for another 200 to 250 megawatts of power within the next two months, as part of its plan to acquire more resources to serve customers in Montana.