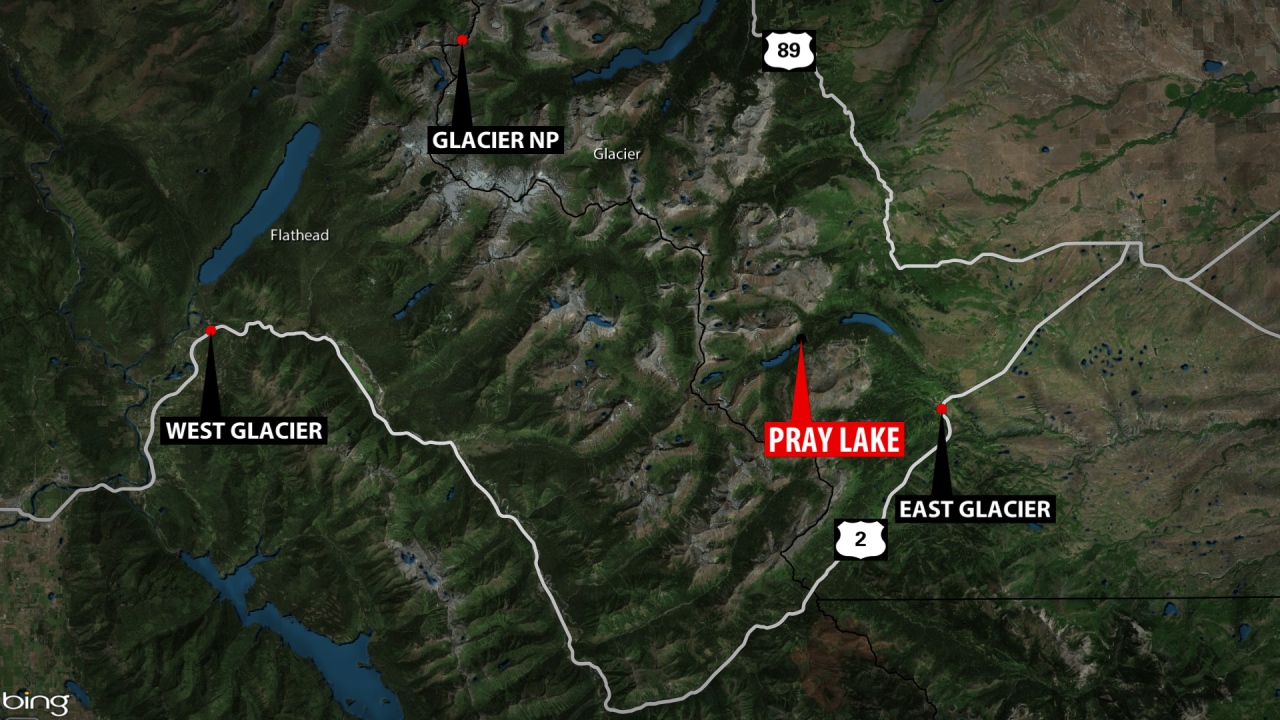 A search is continuing at Pray Lake in Glacier National Park for a man who may have drowned on Tuesday.

Park spokeswoman Lauren Alley says that rangers responded to a bystander report of a man drowning in Pray Lake at approximately 4:30 p.m.

Witnesses reported that they had seen the man struggling in the lake, and then go underneath the water.

Rangers dove into the lake to locate the victim, but were unable to find him, according to Alley.

National Park Service and visitor boats searched the lake until dark, but were not able to locate the man.

Alley adds that local dive team resources were unable to respond on Tuesday because they were already assigned to another drowning outside the park.

Witnesses reported that it appeared the man may have gone into the lake to retrieve a dog. The dog has died.

The victim is a 64-year-old man who is a resident of Edmonton, Canada. His name has not been released pending the notification of next of kin.

The area immediately around Pray Lake will be closed to visitors while the search continues.

Alley says the area near the inlet where the man was last seen is approximately 20 feet deep.