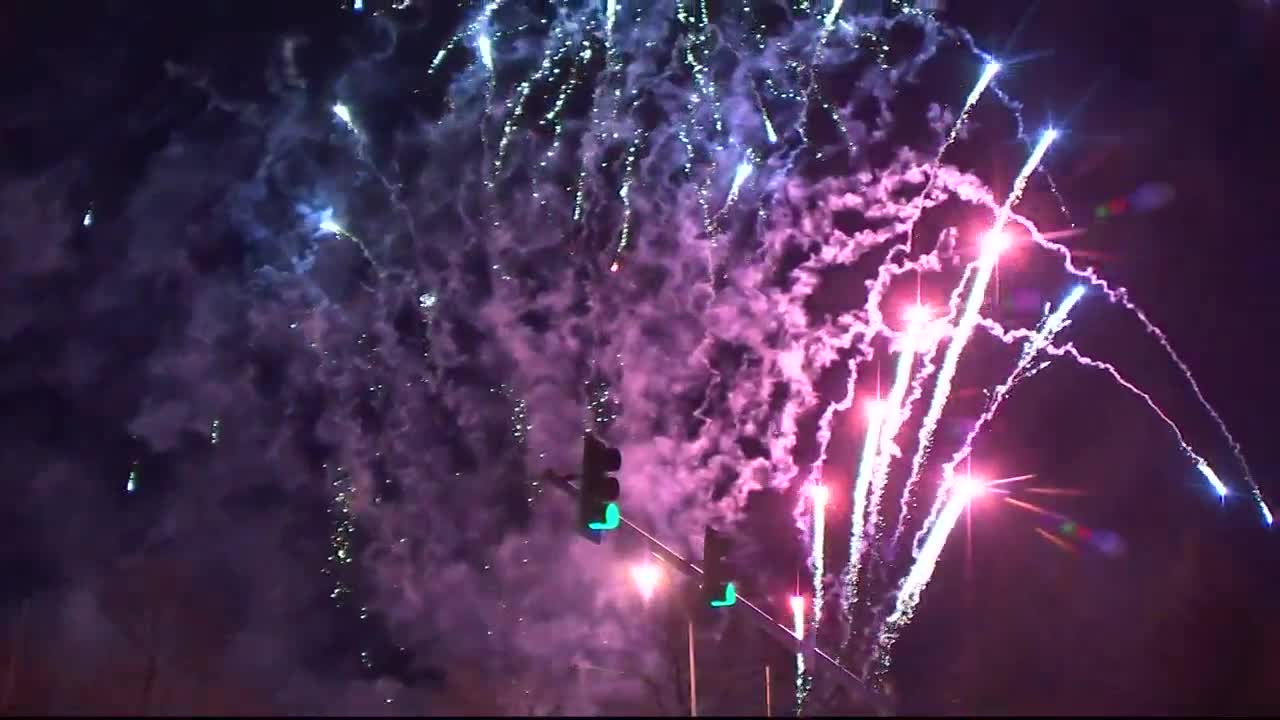 Once the fireworks wrapped up, the stars of the season Mr. and Mrs. Santa Claus made their entrance into the Christmas village near the Laurel Chamber of Commerce building on East Main Street.

Santa's sleigh was pulled by members of the Laurel Fire Department.

Lots of kids lined up anxiously to tell Santa what they wanted for Christmas after the fireworks were done with.

Four-year-old Malachi wanted a raindeer, while seven-year-old Kailee asked for a remote-controlled unicorn.

Earlier in the day, people enjoying the Christmas stroll could grab a wagon ride, or a photo with The Grinch and Cindy Lou Who.

A Toy's for Tots donation location was also set up at the Laurel chamber building.