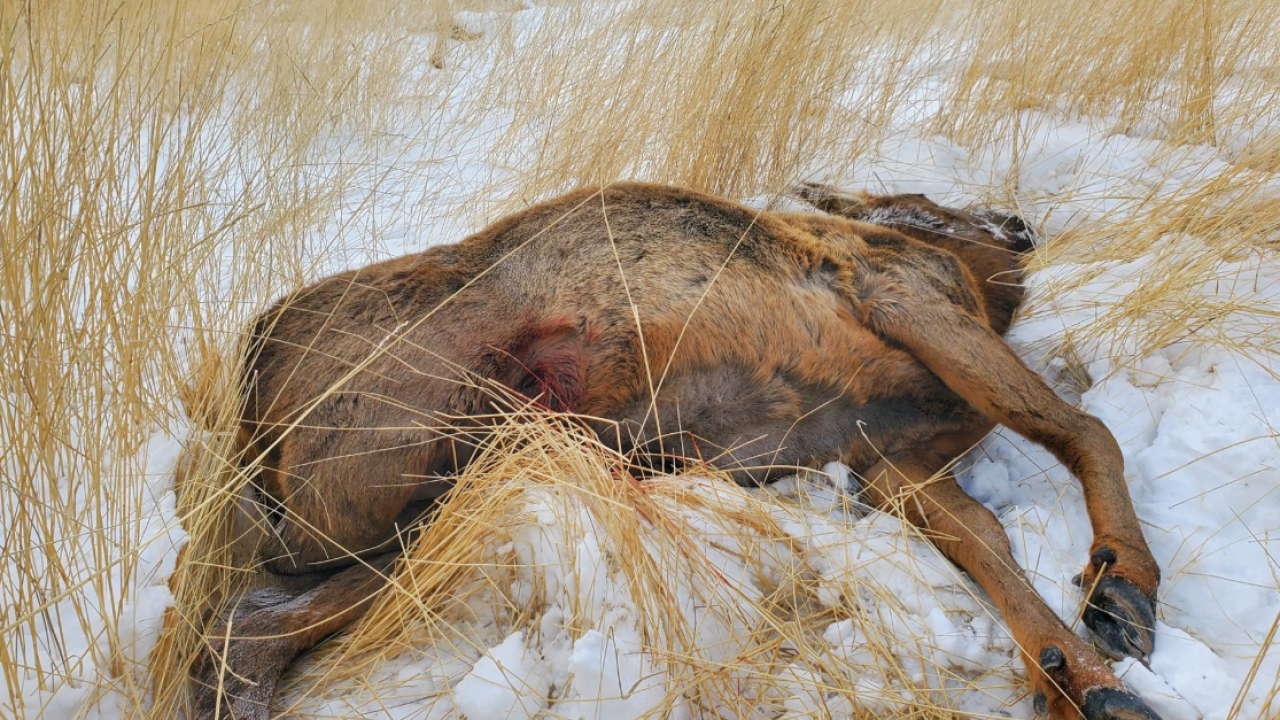 Game wardens with Montana Fish, Wildlife & Parks are seeking information on several elk and pronghorn that were killed illegally in Park County this week.

On Thursday, wardens received reports of poached elk near the intersection of Trail Creek and Old Yellowstone roads, about 17 miles south of Livingston. After talking with landowners, wardens found that three cow elk had been shot from the road on private property, and the meat was wasted.

Wardens also learned of nine pronghorn—three bucks and six does and fawns—that were poached on private property about one mile south of the three poached elk. The pronghorn were also shot from a roadway, and the meat was left to waste. Several houses and buildings were adjacent to where the pronghorn were shot.

Wardens have been gathering evidence from both areas. They found blood trails away from the carcasses, indicating other animals may have been wounded and ran away. One area landowner reported hearing multiple gun shots Thursday morning around 2 a.m.

Anyone with information on either of these incidents are asked to contact Livingston area Game Warden Drew Scott at 406-581-7613 or Gardiner area Game Warden Gregg Todd at 406-224-5207. Informants can also remain anonymous by calling Montana’s poaching hotline, 1-800-TIP-MONT (847-6668). Persons who provide information that leads to a successful prosecution in this case may be eligible for a monetary reward.