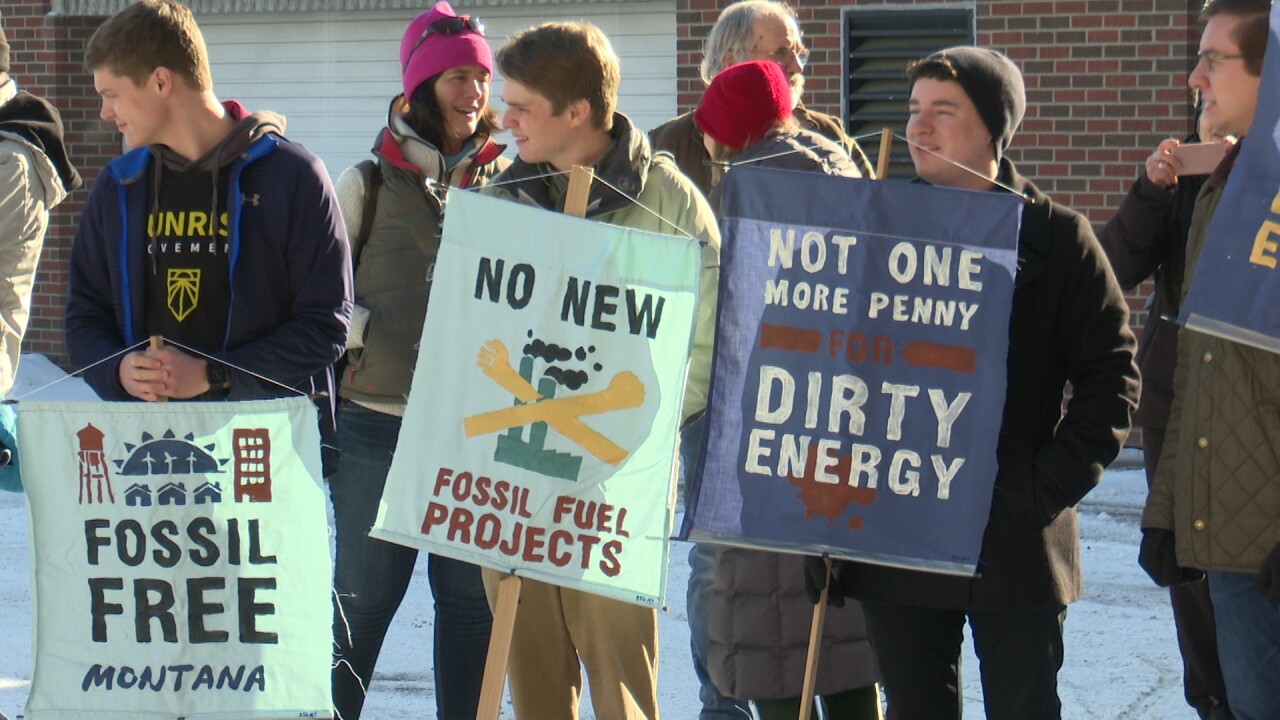 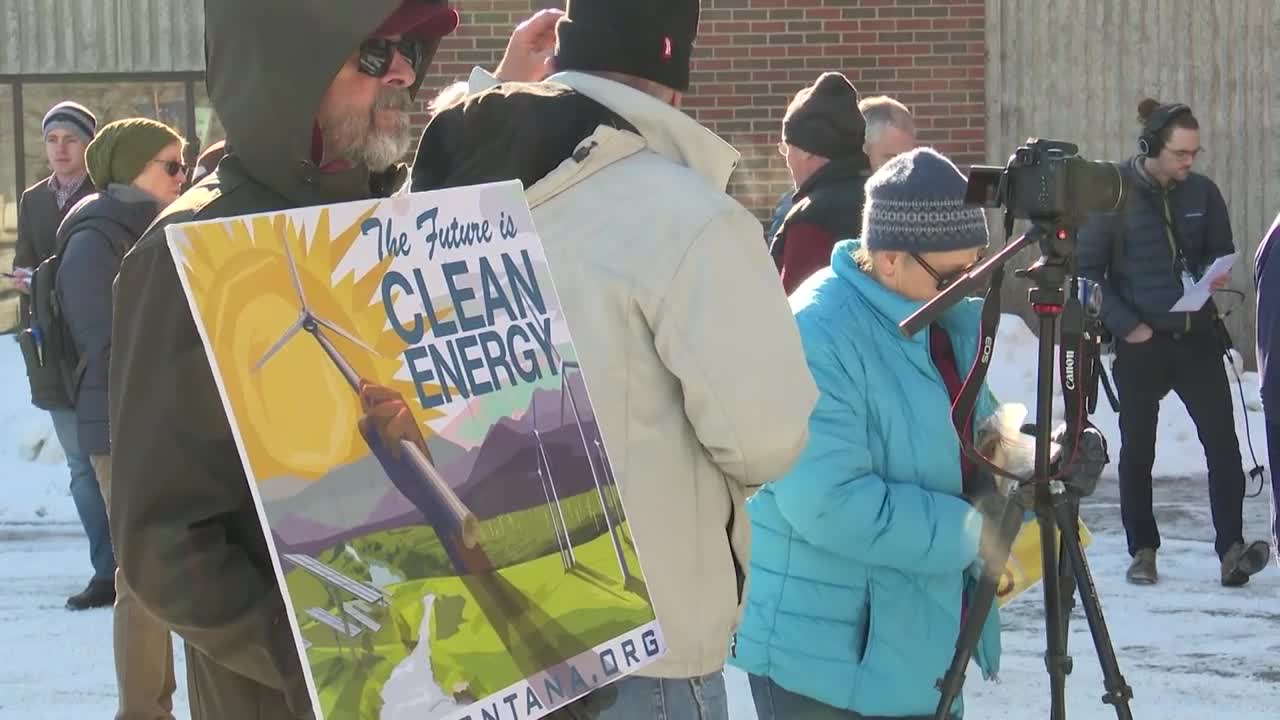 They said the company not only wants to acquire more expensive plants that may not be necessary, but also is withholding vital information on potential costs to ratepayers.

“They’re talking about a billion dollars’ worth of ratepayer funding for this transition that they want to make,” said Jeff Smith, co-director of 350 Montana. “Let’s have some transparency on how we spend a billion dollars. …

“NorthWestern Energy has this proprietary modeling that they’re doing, that seems to always reach the same conclusion that they have to move toward fossil fuels.”

About 75 people showed up for the protest in Helena outside the offices of the state Public Service Commission, which heard public comment on NorthWestern’s 20-year power procurement plan.

The PSC can’t approve or reject the plan, but can issue its own comments – and will decide later whether to approve individual power projects or contracts acquired by NorthWestern, to supply its 370,000 Montana customers.

NorthWestern officials have said they fear the region is facing a power shortage in the not-to-distant future, with the planned retirement of several coal-fired power plants. The company says it may be more difficult to find affordable power on the market, as it does now to meet peak demand.

Therefore, the plan calls for NorthWestern to add 800 megawatts of generating capacity – twice what it has now – in the next five years.

The plan initially said the cheapest, most reliable power would be natural gas-fired plants, but has since adjusted the plan to say the company will hold an “all-sources” bidding process for possible projects.

Yet the plan also says NorthWestern will continue to rely on 225 megawatts of power from the coal-fired Colstrip 4 plant.

Protesters said Monday that other utility owners of Colstrip are planning to abandon the plant in the next 10-15 years. NorthWestern appears to ignore that fact, and didn’t analyze the liabilities that ratepayers face with continued reliance on Colstrip power, the protesters said.

“We shouldn’t let them build a single new thing until they come clean about what we owe on Colstrip,” said Anne Hedges of the Montana Environmental Information Center.

Those at the rally also noted that other utilities in the region are voluntarily moving to energy produced from clean sources, but that NorthWestern is not.

Roxa Reller of the Northern Plains Resource Council said the proposed Gordon Butte project near Martinsdale, a massive pump-storage hydro plant, can provide power at peak demands, but that NorthWestern has “refused to engage in any kind of discussion” about getting involved with the project.

“As a regulated monopoly, (NorthWestern) is guaranteed a reasonable profit and it doesn’t need to own everything in order to make a profit,” she said. “But NorthWestern wants to make even bigger profits by owning everything, even if it’s more expensive, and having ratepayers foot the bill.”