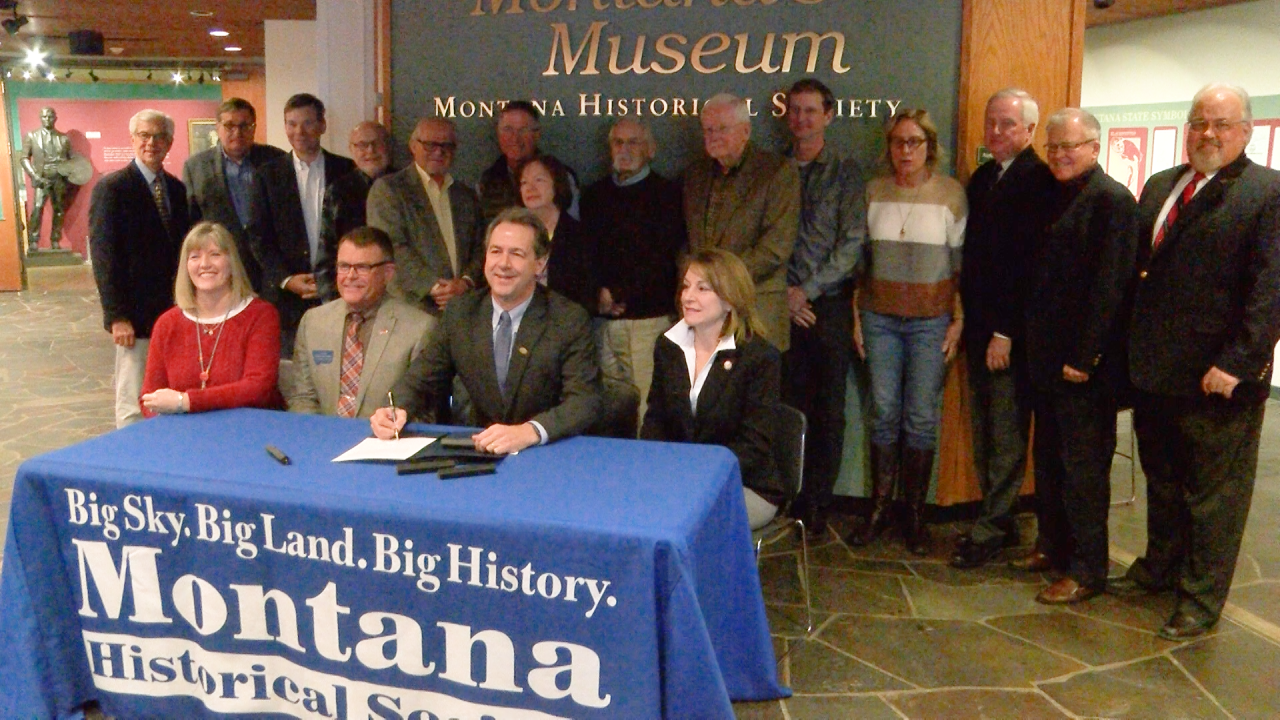 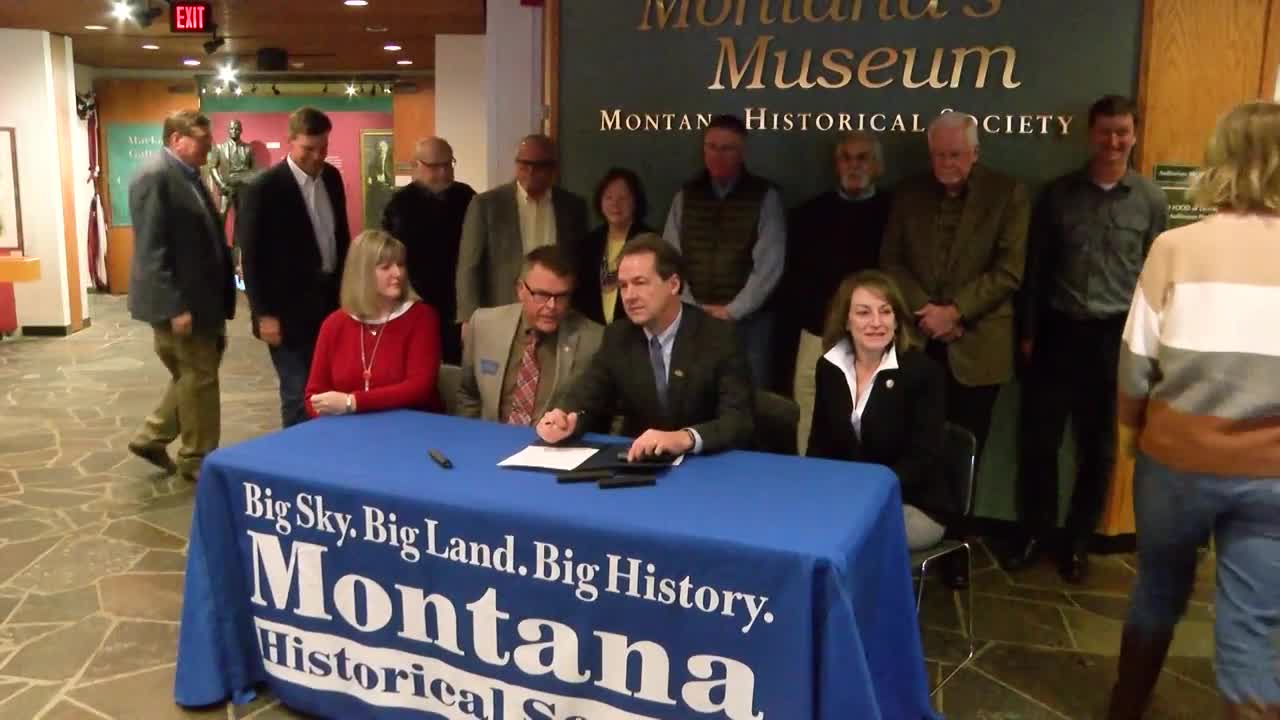 Montana Lawmakers and state representatives gathered at the Historical Society on Tuesday for the ceremonial signing of Senate Bill 338 which funded the creation of the Montana Heritage Center.

“Each and every one of us that have been a part of this know it’s been a decade long-- I would say ‘struggle' to get exactly what should have happened at the beginning,” said Gov. Bullock. “We have incredible treasures in this state and incredible people working for the Historical Society tending over those treasures.”

Bullock added the new Heritage Center will be a great resource for residents and travelers alike.

The new center will be located at 6th Avenue and Roberts Street where the current Historical Society Building, the Veterans & Pioneers Memorial Building, is located.

“Having the location chosen, this is just kind of like the cherry on top of everything and now we can actually get forward and move with shovels in the ground,” said Rep. Julie Dooling.

Both Senators Cohenour and Gauthier said Senate Bill 338 was a great example of bipartisan work for the betterment of all Montanans.

“The amount of work that we put into this over the years has finally culminated in us getting this thing built here in the City of Helena,” said Sen. Cohenour. “But the good part about it is that we get to do this across the state because the art and the history is going to be spread and be enjoyed by all citizens across our state.”

SB 338 also established a historic grant program for museums across Montana by directing 20 percent of the lodging tax revenue to the Heritage Center project through 2024.

“Helena isn’t the only one that’s actually going to benefit, every part of Montana is going to,” said Gauthier. “I’m extremely pleased today with what we did and all of the bipartisan effort of both sides of the house working for a good common goal for Montana.”

The Montana Heritage Center committee is set to hold their first design meeting on January 22 and will begin looking at the possible structure and look of the new center.