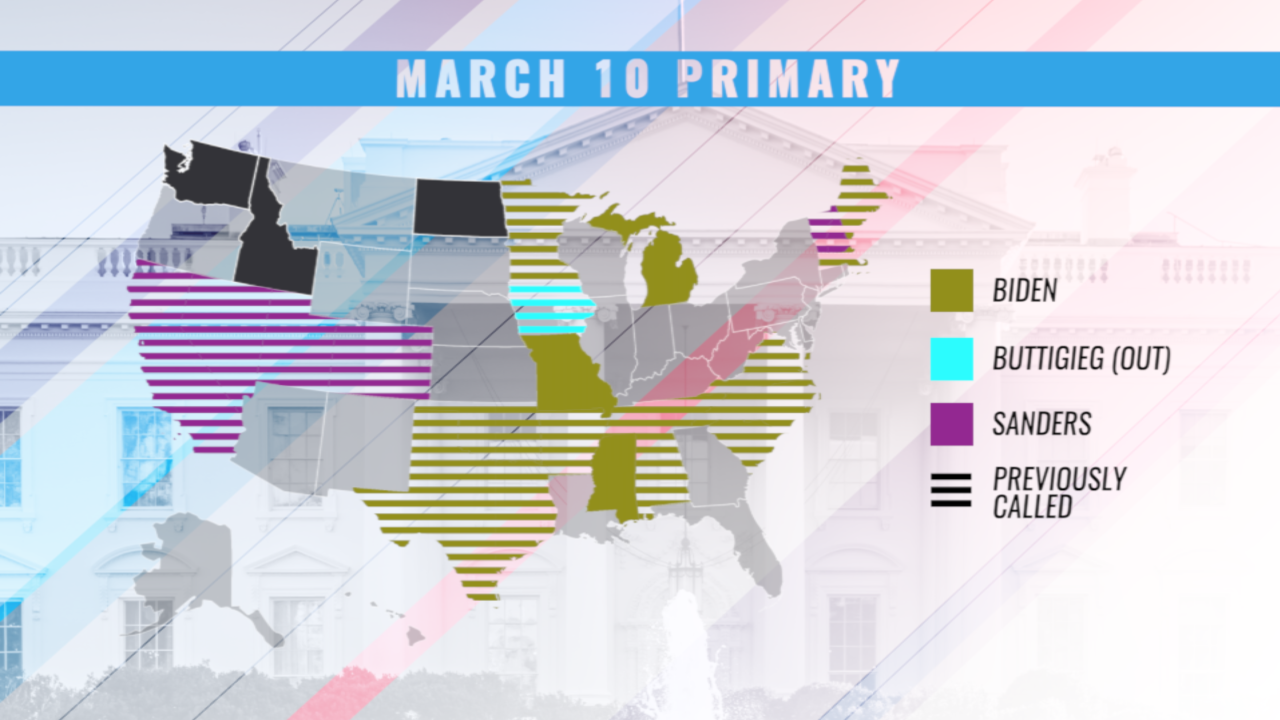 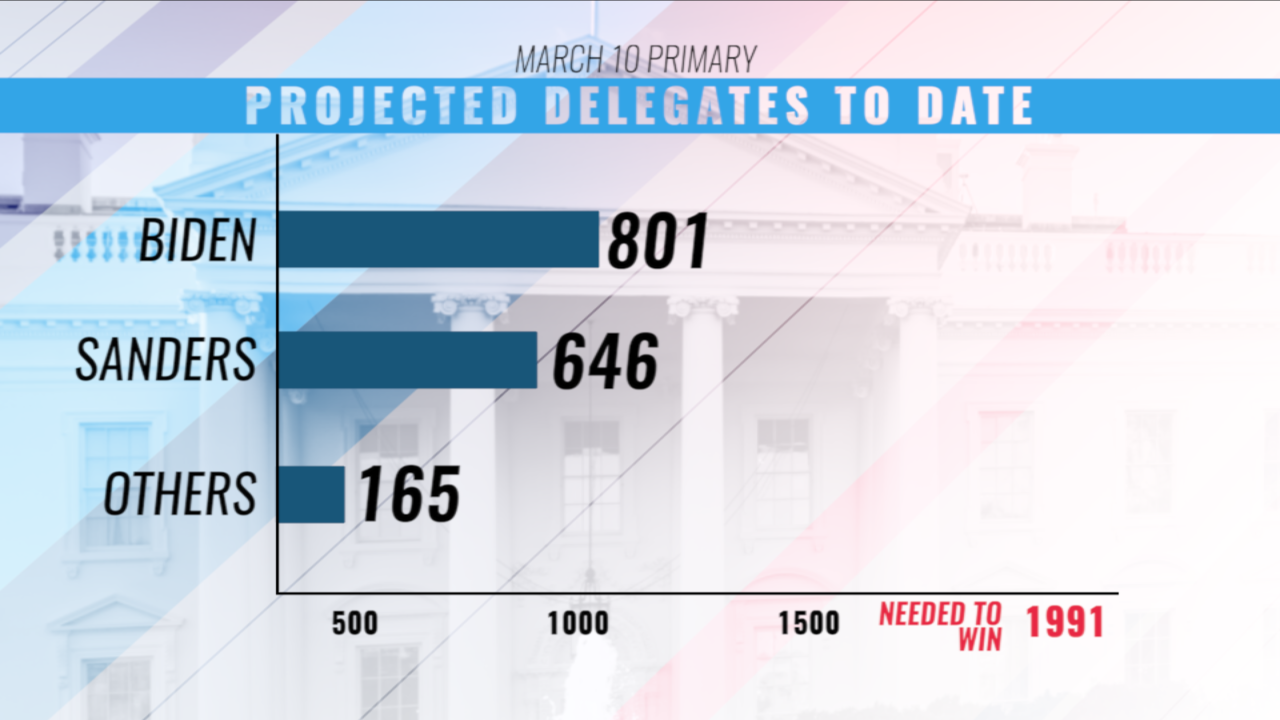 Former Vice President Joe Biden is projected to win the Democratic primaries in Michigan, Missouri and Mississippi on Tuesday, after winning 10 out of 14 states on Super Tuesday.

With Biden's win in Michigan, he earned a state that was won by Sen. Bernie Sanders in 2016. Winning Michigan was the biggest prize in Tuesday's six-state primary with 125 delegates up for grabs. Democrats award delegates proportionally, but Biden could rack up a large delegate haul between Michigan, Missouri and Mississippi.

The races in Idaho, North Dakota and Washington have not been called.

Sanders entered Tuesday's set of primaries trailing Biden in national delegates. It appears the gap between Biden and Sanders will grow from Tuesday's votes.

As votes were tabulated on Tuesday, former candidate Andrew Yang announced he is endorsing Biden.

"I believe Joe Biden will be the Democratic nominee....and I hereby endorse Joe Biden," Yang said.